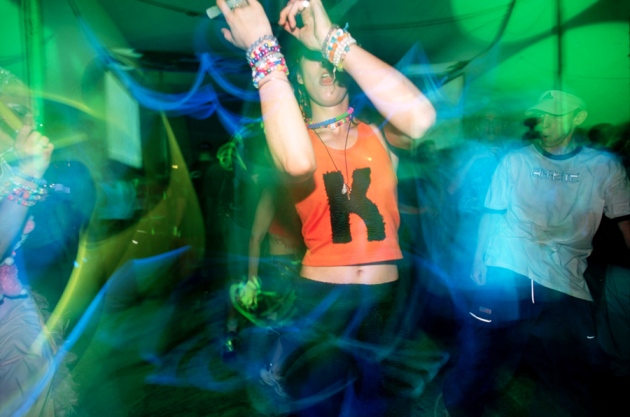 Special K, or ketamine, a favourite drug at raves, is being considered as a treatment for depression.

Ketamine, a psychoactive ‘party drug’ better known as Special K, has pharma­ceutical companies riding high. Used clinically as an anaesthetic in animals and humans, it has proved an extremely effective treatment for depression, bipolar disorder and suicidal behaviour.

It also works incredibly fast. Unlike conventional antidepressants, which generally take weeks to start working, ketamine lifts depression in as little as two hours. “It blew the doors off what we thought we knew about depression treatment,” says psychiatrist James Murrough at Mount Sinai Hospital in New York City.

Companies are racing to develop patentable forms of the drug, and researchers are battling to understand how it affects the brain. An increasing number of clinicians are prescribing ketamine off-label for their patients, even as some of their colleagues worry that too little is known about its long-term effects.

The excitement over ketamine shows how badly new depression drugs are needed, says Thomas Insel, director of the US National Institute of Mental Health (NIMH) in Bethesda, Maryland. Many drug companies have closed their mental-health divisions in the past five years, and there have been no significant advances in medication for depression in decades.

Today’s most common antidepressants target the brain’s serotonin or noradrenaline pathways (some target both). Ketamine acts on the NMDA receptor, a component of the glutamate pathway, which is involved in memory and cognition. Before ketamine was studied, no one even knew that the pathway was involved in depression, Murrough says.

In 2013, his group published the largest trial of off-label ketamine carried out so far, with 73 participants. The trial found that the drug reduced depression 24 hours after treatment in 64% of patients who had tried three or more other medications with unsuccessful results. A second group received the sedative midazolam; in that case, the reduction was 28% (J. W. Murrough et al. Am. J. Psychiatry 170, 1134–1142; 2013). Murrough’s group is now imaging the brains of patients receiving ketamine treatment to try to dissect just how the drug works.

Murrough says that long-term studies of the drug’s effects should also be done before its use becomes widespread. And bioethicist Dominic Sisti of the University of Pennsylvania in Philadelphia worries that too many physicians already consider it a standard part of their armamentarium. The way in which ketamine should be administered still needs to be worked out, says psychiatrist Kyle Lapidus at Stony Brook University in New York. He already prescribes ketamine off-label for some patients, and guesses that dozens of physicians across the country do the same. At therapeutic doses, it often produces a dissociative, out-of-body sensation that lasts less than an hour. At higher doses, recreational users report experiencing a ‘K-hole’, a deeply disoriented state accompanied by vivid hallucinations.

Companies hope to profit by developing patentable variations on ketamine for treating depression. A nasal spray containing a structural variant called esketamine earned a coveted ‘breakthrough therapy designation’ from the US Food and Drug Administration in 2013. The designation allows its manufacturer, Johnson & Johnson in New Brunswick, New Jersey, to fast-track esketamine through the regulatory process. The company plans to release the results of a 200-person study early this year; its head neuroscience researcher, Husseini Manji, says that initial results “look very good”.

Last month, a company called Naurex, based in Evanston, Illinois, released results from a 386-person trial showing that its own ketamine-like drug, GLYX-13, successfully treated depression in about half of patients, without hallucinatory side effects. Roche of Basel, Switzerland, is also expected to release results early this year from a 357-person trial of a drug called decoglurant, which targets the glutamate pathway.

It is unclear why ketamine’s psychoactive effects are considered a drawback, Sisti says. He questions the ethics of making patients pay more for a patented, non-dissociative drug if unmodified ketamine works just as well.

Ketamine’s fast action is particularly promising for suicide prevention, says Carlos Zarate of the NIMH. Instead of being committed to institutions for weeks of treatment, people who have just attempted suicide might be treated with ketamine and released in days or even hours. Zarate has found that ketamine seems specifically to affect the desire to attempt suicide, whether a person is clinically depressed or not (E. D. Ballard et al. J. Psychiatr. Res. 58, 161–166; 2014). That observation suggests that suicidal behaviour might be distinct from depression. Zarate is using ketamine to treat around 50 people with depression, some of whom have suicidal thoughts, to study these effects.

This story wrongly stated that ketamine acts by blocking the signalling molecule NMDA. The drug actually acts on the NMDA receptor. The text has been corrected.

This story wrongly said that Kyle Lapidus is at Mount Sinai Hospital. He is now at Stony Brook University in New York.The text has been corrected to reflect this.