An uncharted trawl through thousands of small molecules involved in the body's metabolism may have uncovered a potential route to treating pain caused by nerve damage.

Neuropathic pain is a widespread and distressing condition, and is notoriously difficult to treat. So Gary Siuzdak, a chemist and molecular biologist at the Scripps Research Institute in La Jolla, California, and his team decided to take an unusual route to finding a therapy. Their results are published today in Nature Chemical Biology1. 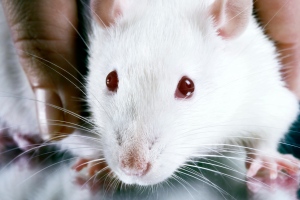 They took rats with surgically damaged paws, who were consequently suffering from neuropathic pain, and instead of analysing changes in gene expression and proteins in the animals, focused on metabolites – the biochemical intermediates and end-products of bodily processes such as respiration and the synthesis and breakdown of molecules. The science that looks at the body's metabolite composition is known as metabolomics. Using mass spectrometry, which can detect many different chemicals simultaneously, the researchers were able to identify the metabolites present in these animals 21 days after surgery.

The team analysed samples of the injured rats’ blood plasma, of tissue near the injured paw, and of tissue from different areas of the spinal column, and compared the metabolites present with that of the same site in healthy rats. One particular area differed markedly between the two cases: the dorsal horn in the spinal column.

“It took me by surprise,” says Siuzdak, who had expected to see most differences in metabolite composition near the site of injury.

The researchers then looked more closely at the metabolites and recognized that the ones that were changing the most were associated with the metabolic pathway that synthesizes and breaks down the phospholipid sphingomyelin, a component of cell membranes, and its ceramide precursors.

“It was a huge flare to us that this was something we should home in on,” says team member Gary Patti, a chemist at Washington University School of Medicine in St Louis, Missouri.

Using cultures of spinal cord cells the researchers then tried to work out which of the altered metabolites might be responsible for pain. One molecule, the previously unidentified metabolite N,N-dimethylsphingosine (DMS), stood out for the amount of pain signalling it triggered in the cells.

To test experimentally whether this molecule was involved in neuropathic pain, the team then injected small amounts of DMS into healthy rats, and sure enough, those rats showed signs of pain.

The team hopes that DMS might prove to be important in the biochemistry of pain, and perhaps offer a target for drug manufacturers. But neuropathic pain expert Andrew Rice at Imperial College London says that in the past 30 years he has seen many targets identified, but virtually none of them has made it into the clinic as an effective pain-relief drug.

Rice lauds the attention shown to neuropathic pain but is concerned that the current animal model for pain is limited: it only corresponds to pain resulting from trauma, and not to the many other sources of neuropathic pain, which include diabetes, HIV infection and stroke. “I’d like to see if this is more than a peripheral nerve damage model,” he says.

Siuzdak says his untargeted screening technique could prove useful in identifying drug targets for many other conditions. The more conventional way of using metabolomics is with targeted searches, where the molecule of interest is identified first, before seeing where it might be present. “[Our approach] is more challenging than targeted analyses,” he says. “You have to be open to any possibility of what pathways are affected.”

When Patti and Siuzdak started to work on this project, their technique was very time consuming, but as methods have improved and their database of metabolites has grown, they are confident that they could use an untargeted metabolite screen in many other scenarios. The potential of this technique, they say, is to find things that would never have been considered before – like that unknown metabolite DMS.