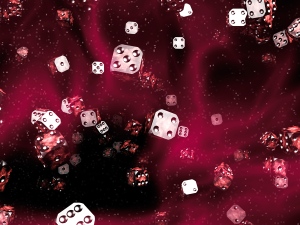 The uncertainty principle limits what we can know about a quantum system, and that fuzziness is not entirely caused by the act of measurement.

Contrary to what many students are taught, quantum uncertainty may not always be in the eye of the beholder. A new experiment shows that measuring a quantum system does not necessarily introduce uncertainty. The study overthrows a common classroom explanation of why the quantum world appears so fuzzy, but the fundamental limit to what is knowable at the smallest scales remains unchanged.

At the foundation of quantum mechanics is the Heisenberg uncertainty principle. Simply put, the principle states that there is a fundamental limit to what one can know about a quantum system. For example, the more precisely one knows a particle's position, the less one can know about its momentum, and vice versa. The limit is expressed as a simple equation that is straightforward to prove mathematically.

Heisenberg sometimes explained the uncertainty principle as a problem of making measurements. His most well-known thought experiment involved photographing an electron. To take the picture, a scientist might bounce a light particle off the electron's surface. That would reveal its position, but it would also impart energy to the electron, causing it to move. Learning about the electron's position would create uncertainty in its velocity; and the act of measurement would produce the uncertainty needed to satisfy the principle.

Physics students are still taught this measurement-disturbance version of the uncertainty principle in introductory classes, but it turns out that it's not always true. Aephraim Steinberg of the University of Toronto in Canada and his team have performed measurements on photons (particles of light) and showed that the act of measuring can introduce less uncertainty than is required by Heisenberg’s principle1. The total uncertainty of what can be known about the photon's properties, however, remains above Heisenberg's limit.

Don't get too excited: the uncertainty principle still stands, says Steinberg: “In the end, there's no way you can know [both quantum states] accurately at the same time.” But the experiment shows that the act of measurement isn't always what causes the uncertainty. “If there's already a lot of uncertainty in the system, then there doesn't need to be any noise from the measurement at all,” he says.

The latest experiment is the second to make a measurement below the uncertainty noise limit. Earlier this year, Yuji Hasegawa, a physicist at the Vienna University of Technology in Austria, measured groups of neutron spins and derived results well below what would be predicted if measurements were inserting all the uncertainty into the system2.

But the latest results are the clearest example yet of why Heisenberg’s explanation was incorrect. "This is the most direct experimental test of the Heisenberg measurement-disturbance uncertainty principle," says Howard Wiseman, a theoretical physicist at Griffith University in Brisbane, Australia "Hopefully it will be useful for educating textbook writers so they know that the naive measurement-disturbance relation is wrong."