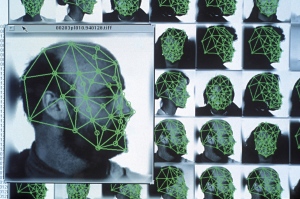 Programs running on future quantum computers could dramatically speed up complex tasks such as face recognition.

Quantum computers of the future will have the potential to give artificial intelligence a major boost, a series of studies suggests.

These computers, which encode information in 'fuzzy' quantum states that can be zero and one simultaneously, have the ability to someday solve problems, such as breaking encryption keys, that are beyond the reach of ‘classical’ computers.

Algorithms developed so far for quantum computers have typically focused on problems such as breaking encryption keys or searching a list — tasks that normally require speed but not a lot of intelligence. But in a series of papers posted online this month on the arXiv preprint server1, 2, 3, Seth Lloyd of the Massachusetts Institute of Technology in Cambridge and his collaborators have put a quantum twist on AI.

The team developed a quantum version of 'machine learning', a type of AI in which programs can learn from previous experience to become progressively better at finding patterns in data. Machine learning is popular in applications ranging from e-mail spam filters to online-shopping suggestions. The team’s invention would take advantage of quantum computations to speed up machine-learning tasks exponentially.

At the heart of the scheme is a simpler algorithm that Lloyd and his colleagues developed in 2009 as a way of quickly solving systems of linear equations, each of which is a mathematical statement, such as x + y = 4. Conventional computers produce a solution through tedious number crunching, which becomes prohibitively difficult as the amount of data (and thus the number of equations) grows. A quantum computer can cheat by compressing the information and performing calculations on select features extracted from the data and mapped onto quantum bits, or qubits.

Quantum machine learning takes the results of algebraic manipulations and puts them to good use. Data can be split into groups — a task that is at the core of handwriting- and speech-recognition software — or can be searched for patterns. Massive amounts of information could therefore be manipulated with a relatively small number of qubits.

"We could map the whole Universe — all of the information that has existed since the Big Bang — onto 300 qubits," Lloyd says.

Such quantum AI techniques could dramatically speed up tasks such as image recognition for comparing photos on the web or for enabling cars to drive themselves — fields in which companies such as Google have invested considerable resources. (One of Lloyd's collaborators, Masoud Mohseni, is in fact a Google researcher based in Venice, California.)

“It's really interesting to see that there are new ways to use quantum computers coming up, after focusing mostly on factoring and quantum searches,” says Stefanie Barz at the University of Vienna, who recently demonstrated quantum equation-solving in action. Her team used a simple quantum computer that had two qubits to work out a high-school-level maths problem: a system consisting of two equations4. Another group, led by Jian Pan at the University of Science and Technology of China in Hefei, did the same using four qubits5.

Putting quantum machine learning into practice will be more difficult. Lloyd estimates that a dozen qubits would be needed for a small-scale demonstration.