A controversial category of mental illness will not be included in the revised fifth edition of the Diagnostic and Statistical Manual of Mental Disorders (DSM-5), the American Psychiatric Association (APA) has said. Attenuated psychosis syndrome, also known as psychosis risk syndrome, had been intended mainly for young adults who have heard whispers in their heads, viewed objects as threatening or suffered other subtly psychotic symptoms.

The DSM is used by doctors, researchers and insurance companies in the United States and many other countries to assess patients; the fifth edition is set to be published in May 2013. The APA announced its decision on psychosis risk syndrome on 27 April, a week before posting the third and final draft of DSM-5 online and inviting comments. 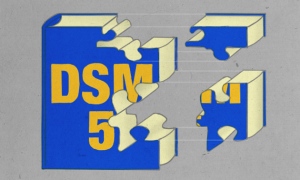 There has been heated debate over what to include in the fifth edition of the Diagnostic and Statistical Manual of Mental Disorders.

The debated diagnosis is the “single worst DSM-5 proposal”, says Allen Frances, emeritus professor of psychiatry at Duke University in Durham, North Carolina, who chaired the revision of the manual's previous edition, DSM-IV, in 1994.

However, psychiatrists who favour the inclusion of psychosis risk syndrome tend not to recommend treating it with drugs straight away. Rather, they say, the diagnosis is useful for ensuring that young people get help as soon as possible to prevent more serious conditions. “Early-intervention ideas are powerful, but very neglected in psychiatry,” says Patrick McGorry, director of Orygen Research Centre for youth mental health in Melbourne, Australia.

Psychosis can be a symptom of conditions including schizophrenia and bipolar disorder — mental illnesses that tend to emerge in late adolescence or early adulthood, but typically take at least two years to diagnose. Only about 30% of patients diagnosed with psychosis risk syndrome go on to be diagnosed with schizophrenia or other psychotic conditions. However, the risk syndrome can also precede non-psychotic illnesses such as depression and substance abuse, which can take a lasting toll on lifespan, quality of life and adult income, says McGorry.

“Psychotic risk syndrome is valid,” says William Carpenter, director of the Maryland Psychiatric Research Center, part of the University of Maryland School of Medicine in Baltimore, and chairman of the working group tasked with evaluating DSM-5's chapter on schizophrenia spectrum and other psychotic disorders. “The question has been whether it can be reliably diagnosed, and what to do with it.”

Carpenter's working group analyzed the results of a small trial in which doctors were asked to assess, on the basis of the proposed DSM-5 criteria, whether patients should be diagnosed with psychosis risk syndrome. On Saturday at the APA meeting, Darrel Regier, vice-chairman of the DSM-5 task force and director of the American Psychiatric Institute for Research and Education in Arlington, Virginia, revealed that the results of the trial had been statistically unattractive, leading the group to decide not to endorse the inclusion of the syndrome. “The concern has been that this diagnosis might result in inappropriate treatments,” explains Regier.

The trial included only seven people with psychosis risk syndrome, says Carpenter, which is why it wasn’t effective. He missed the working group's latest meeting, held in April, but “if I had been there, I would have tried hard to plug that reliability gap by capturing more data”, he says. “I don’t object to the decision the group made, although I’m not thrilled about it.” With psychosis risk syndrome omitted from DSM-5, “primary-care doctors will have less guidance about when they should refer these kids to expert psychiatrists, and without this being recognized as a disorder, we are less likely to have trials to find treatments”.

However, Carpenter notes that even when the syndrome is properly diagnosed, the next steps are unclear. Antipsychotic drugs should not be a first-line treatment, he says, because they regularly cause side effects including movement disorders and significant weight gain. Safer options exist, but haven’t been repeatedly examined. For example, in 2010, researchers reported1 that omega-3 fatty acids reduced from 28% to 5% the risk of a patient converting to a full-blown psychotic disorder. “If this study were repeated and we were confident that omega-3 helped, I would have less concern about whether or not some harm is done to people who are included in the syndrome who would not have converted,” says Carpenter.

Quick-fix medication and stigmatization of people labelled as having a mental illness are not as problematic everywhere as they are in the United States. In Australia, says McGorry, the National Youth Mental Health Foundation, known as headspace, focuses on treating adolescents and young adults holistically, and usually without drugs. “If you use antipsychotics right away, you are hurting the field. It plays into the hands of our critics,” he adds.

McGorry understands the APA’s desire for more data before including psychosis risk syndrome in the DSM, but he worries that the topic might fall by the wayside before the next revision. “I would hate to see the last 25 years of work on high-risk syndrome thrown out of the window because of the over-reliance on drugs that happens in real-world America.”