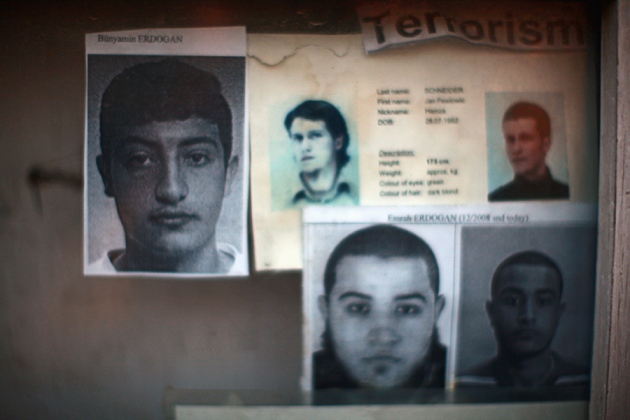 Common themes are beginning to emerge from the study of terrorists’ origins.

Anthropologist Scott Atran studies terrorists, seeking to understand what drives people to join groups such as the Islamist terrorist organization ISIS. The answers are sometimes surprising. One French Muslim extremist who sought to blow up an embassy traced his radicalization to a childhood incident: his sister bumped into a man on a Paris street and the man spat on the ground and called her a “dirty Arab”. “That’s when I knew what I was going to become,” the terrorist told Atran, a researcher at the University of Michigan in Ann Arbor.

Social scientists and law-enforcement agencies have long sought to understand the roots of terrorism, regardless of the ideology behind it. But interest has heightened in recent years, mostly over concerns about the rise of Islamic extremism. Common themes are beginning to emerge from such studies, giving researchers and policy-makers hope of developing effective methods to intervene in the radicalization process — and perhaps even to rehabilitate convicted or would-be terrorists.

Most budding extremists are motivated by disillusionment with society or a set of beliefs, and a desire to find others who share their values. But whether a disaffected person turns to a cult, gang or extreme ideology such as white supremacism or jihad depends on his or her environment and social networks. “On the surface, it may make no sense to compare a group like the IRA with al-Qaeda,” says psychologist John Horgan of the University of Massachusetts Lowell. “Only when we sit down do we find they have far more in common.”

With this in mind, a team led by Noemie Bouhana, a criminologist at University College London, is developing a computer model of the processes underlying radicalization and subsequent terrorist attacks. For example, the researchers hope to identify flaws in law-enforcement techniques or targets that are vulnerable to terrorism. Eventually, such models might be able to predict when the risk of an attack is high, Bouhana says. But models alone will never be able to pinpoint when a specific incident will occur, she says; that is probably impossible without information from intelligence agencies.

Even identifying which individuals might become terrorists is a difficult task. For instance, millions of people support the kind of militant Islam espoused by organizations such as al-Qaeda, but only a small percentage would be willing to kill for it, says Atran. Two studies that he published last month suggest that extremism arises, in part, when membership in a group reinforces deeply held ideals, and an individual’s identity merges with the group’s (S. Atran et al. Cliodynamics 5, 41–57; 2014; S. Atran et al. Proc. Natl Acad. Sci. USA 111,17702–17703; 2014). “They can be low-lifes, but once they lock into these values it doesn’t matter, because they become heroic warriors,” says Atran.

His team interviewed a random sample of 260 people in two communities in Morocco that have produced an unusually high number of terrorists — including five of the main plotters of the 2004 Madrid train bombings, which killed 191 people. Many residents said that they wanted to fight to establish an ISIS-backed caliphate, a kind of Islamic government, in Syria. Those who believed in sharia, the Islamic code of law, said that they were willing to sacrifice for it in some way, but the degree of potential sacrifice increased dramatically if an individual had fused with a group with the same beliefs. In extreme cases, residents were willing to use violence or to allow their children to die to uphold their values.

Several dozen centres around the world are attempting to rehabilitate terrorists, with mixed results; one centre in Saudi Arabia claims an 88% success rate. A better understanding of radicalization could improve efforts to counteract it, Bouhana says. For instance, treatment centres might bring in former terrorists to talk about why they abandoned their causes.

Still, terrorists often leave extreme groups on their own. “They realize it’s not the Call of Duty-style adventure they were led to believe,” Horgan says, referring to the computer combat game. Burnout can lead a person to disengage from the group, although not necessarily to give up radical beliefs. Others stop believing but do not leave their groups out of fear of retaliation.

Policy-makers have taken note of such research, and are increasingly recruiting social scientists as counterterrorism advisers. But Horgan says that there is still much more work to do. “We’re only beginning to figure out what the right questions are,” he says. “Psychology’s potential for the study of terrorism has yet to be realized.”