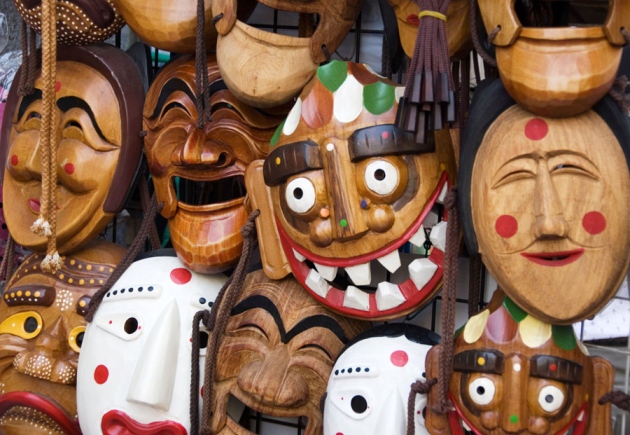 A large, multi-lab replication study has found no evidence to validate one of psychology’s textbook findings: the idea that people find cartoons funnier if they are surreptitiously induced to smile.

But an author of the original report — published nearly three decades ago — says that the new analysis has shortcomings, and may not represent a direct replication of his work.

In 1988, Fritz Strack, a psychologist now at the University of Würzburg, Germany, and colleagues found that people who held a pen between their teeth, which induces a smile, rated cartoons as funnier than did those who held a pen between their lips, which induced a pout, or frown1. Strack chose cartoons from Gary Larson's classic 1980s series, The Far Side.

Strack’s study has been quoted as a classic demonstration of what’s known as the ‘facial feedback hypothesis’ — the idea that facial expressions can influence a person’s own emotional state. The paper has been cited more than a thousand times, and has been followed by other research into facial feedback. In 2011, for example, researchers reported that injections of Botox, which affects the muscles of facial expression, dampen emotional responses2.

But as part of a growing trend to reproduce famous psychology findings, a group of scientists revisited the experiment. They describe the collective results of 17 experiments, with a total of nearly 1,900 participants, in a paper published on 26 October in the journal Perspectives on Psychological Science3.

Overall, the experiments found no difference in the way people with pen-induced smiles or frowns rated the cartoons. And 16 of the experiments tested enough people for there to be statistical confidence that even if the studies had been repeated many more times, the researchers would have found the same null result, says Eric-Jan Wagenmakers, a psychologist at the University of Amsterdam who led the analysis. “It’s quite convincing,” he says.

But Strack disagrees. He wrote a commentary4, which was published along with the replication study, in which he argued that the studies may have been affected by two potential shortcomings. Unlike in the 1988 study, the experimenters used a video camera to record the participants in order to exclude those not holding the pen correctly, which could have made them self-conscious and suppressed their emotional responses. And Strack says that The Far Side cartoons may have been dated or inappropriate for the participants, who were university students in multiple countries.

Wagenmakers defends the researchers’ selection of cartoons. “We piloted them to make sure they’re not hilarious and they’re not boring; otherwise you won’t see an effect. They need to be medium funny,” he says. He adds that the cartoons that the experimenters picked, which were different to those used by Strack, had similar funniness ratings.

Because of such differences, however, Strack says “there’s no such thing as a real direct replication” of his work. If later researchers use different participants, offer different stimuli or have other different conditions, that could matter — especially if the induced emotion effect is subtle. If he were to test facial feedback again, he says, he wouldn’t use the pen experiment — the Botox study, for example, may be a better test.

The study is one of several multi-lab efforts to replicate psychology findings, after the field was rocked by high-profile accusations of fraud and faulty statistical analyses. Last year, hundreds of psychologists reported attempts to replicate the findings of 98 papers, and said that they could validate fewer than half of them.

Like some other replication efforts, Wagenmakers’ project had its protocol vetted — and published details of that protocol — before the independent validation studies began. The teams agreed in advance to publish the results regardless of the outcome, and also to make their data and analysis available online.

Strack had originally agreed to work with the scientists who were replicating his study by providing his experiment’s materials to help them to develop their own, as well as their analysis plan. But he later withdrew, saying that the replication would benefit from a division of labour, and Ursula Hess, a psychologist at Humboldt University of Berlin, vetted the study’s procedures instead.

Although the new study did not replicate Strack’s original finding, Wagenmakers says that he does not believe that the facial feedback theory is necessarily wrong. He thinks that there may be problems with the ‘pen-in-mouth’ method used to explore the effect. For example, he says, getting people to hold pens in particular ways can sometimes cause them to drool, which could obscure their reactions to cartoons. But the failed replication still challenges the original work, he says: “The ball is now in the court of the proponents.”