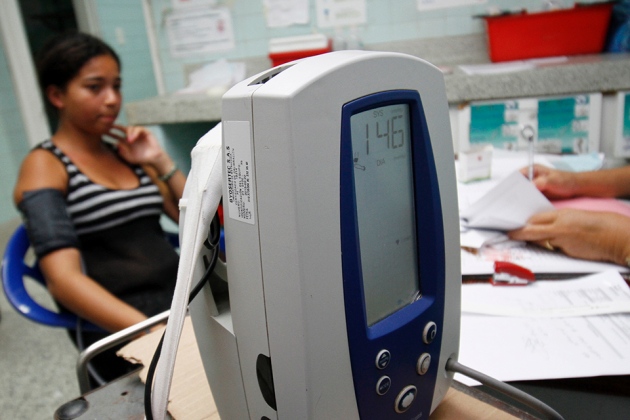 Pregnant women infected with the Zika virus are being monitored for effects on their unborn babies.

Public-health authorities are investigating whether the Zika virus has caused an apparent surge in the number of infants born with microcephaly, or abnormally small heads, in Brazil. But conclusively determining whether the mosquito-borne virus is to blame could take months to years, researchers say.

Concerns rose after Brazil declared a national public-health emergency in November. As of 2 February, officials there had investigated 1,113 of 4,783 suspected cases of microcephaly reported since late last year, and confirmed 404 of them — 17 of which have so far been linked to Zika. On 1 February, a committee convened by the World Health Organization said that a causal link between Zika and microcephaly is “strongly suspected, though not yet scientifically proven”.

That is not for a lack of effort. Work now under way includes case-control studies to compare rates of Zika infection in babies who are born with microcephaly and in those without it, as well as genetic sequencing of the virus and efforts to develop a molecular diagnostic test for Zika infection.

Making progress has been difficult because scientists know relatively little about Zika; there is no easy-to-use test to diagnose infections; and physicians disagree about how to define microcephaly, says Bruno Andrade, an immunologist at the Fiocruz research institute in Bahia, Brazil. “All of this started less than two months ago — that’s when everything stepped up,” he says. “We are in the middle of this nightmare here.”

So far, two lines of evidence support a link between the virus and microcephaly. Microcephaly cases in Brazil started to rise around 6 months after authorities confirmed Zika transmission there, hinting that the defect might have been caused by in utero exposure to the virus. And researchers in Brazil have found traces of the virus, or antibodies to it, in the amniotic fluid, brains or spinal fluid of 15 fetuses and babies diagnosed with microcephaly.

This is suggestive, but not conclusive. “Most of us believe it’s highly plausible that Zika is the cause of this epidemic of microcephaly, but we need additional evidence,” says Albert Ko, an infectious-disease physician and epidemiologist at the Yale School of Public Health in New Haven, Connecticut.

In the hope of producing more-definitive data, the Brazilian ministry of health is now setting up large studies. In one, researchers will follow up 6,000 pregnant women in northeastern Brazil to investigate the effects of Zika and of microcephaly.

Epidemiological studies are often complex because Zika causes a relatively mild illness in adults and there is no widely deployed test for the virus. This means that most of the mothers who have participated in previous studies were never diagnosed with Zika, even if they had it. To address this problem, the Brazilian health ministry is now asking mothers whether they had Zika symptoms instead of whether they were diagnosed with Zika.

But many researchers say that epidemiological data alone will not convince them of a link between Zika and microcephaly; they would like to see evidence of how and why the virus causes the condition. With this in mind, scientists are developing animal models to investigate Zika’s effects on the body, such as which tissues it infects, and why fetal brains might be especially vulnerable.

“There’s a lot of basic work and research that we need to do,” says Anthony Fauci, director of the US National Institute of Allergy and Infectious Diseases in Bethesda, Maryland.

“There’s a lot of basic work and research that we need to do.”

It’s plausible, for instance, that Zika crosses from mother to baby through the placenta, as do some related viruses, such as West Nile virus. But these other viruses don’t often cause infant brain damage, so it’s not clear why — or how — Zika might, says David Morens, a senior adviser to Fauci.

The virus may be toxic only while a fetus’s brain is still developing its major structures, in the first two months of pregnancy. Or it may persist in the body for a long period, which would explain why Zika is seen in stillborn babies with microcephaly. “If the insult happened early on, then why is the virus present at seven months when the miscarriage occurs?” Morens says. “There must be a combination of things going on.”

Another conundrum is what it is that makes these women and babies so vulnerable: the vast majority of women infected with Zika go on to have healthy babies.

But whatever scientists ultimately discover about Zika, another major challenge remains: supporting the children born with microcephaly. Many are living in what Ko calls a “vegetative state”, and may go on to have seizures. That could be difficult for their families — many of which are impoverished — to bear.

“We have to start settling down and think about how we’re going to take care of these kids,” Ko says. If there is a link between Zika and microcephaly, the number of babies affected by the condition could soar as the virus spreads, he cautions. “We have no idea how big it’s going to get.”

This story wrongly stated that at least seven countries have shown abnormal rates of microcephaly; this has happened only in Brazil. In addition, it implied that 404 confirmed cases of microcephaly in Brazil could be linked to Zika virus — only 17 of those 404 have been linked so far. The text has been updated to reflect this.