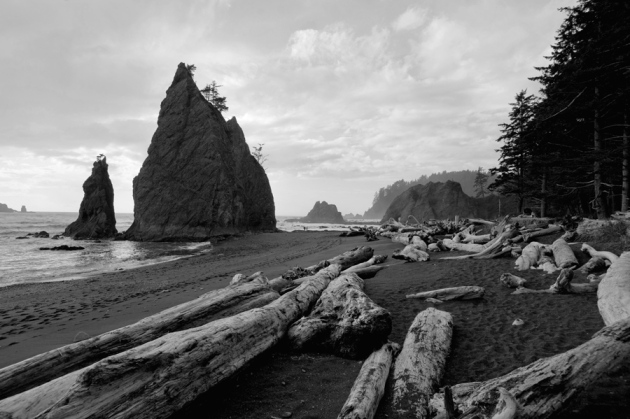 The northwest coast of the United States is vulnerable to seismic activity.

On a winter night three centuries ago, so a Native American legend tells, the Pacific Northwest of the United States and Canada was rocked by a ferocious clash between supernatural creatures. The Thunderbird and the Whale battled for hours. Thunderbird went to grab Whale in his talons, but Whale got away. The ground shook and the ocean rose to flood the coast.

Modern science caught up with these tales a few decades ago. When several nuclear power plants were proposed for the region, the US Nuclear Regulatory Commission investigated the likelihood of a large earthquake striking the Pacific Northwest. The result was a shock. A series of geological studies revealed that enormous earthquakes and tsunamis had repeatedly ravaged the coast, most recently in January 1700.

Although earthquake risk in the region — known as Cascadia — is well known, what to do about it is still undecided. With a few exceptions, politicians have been slow to embrace emergency preparedness. Local governments are only just starting to get ready for the consequences of a catastrophic tsunami, such as moving schools out of inundation zones.

Some of the most forward-looking work is the result of private money. The co-founder of technology company Intel, Gordon Moore, lives on Hawaii’s coast and is well aware of the threat of tsunamis. His foundation supports natural-disaster preparedness along the US west coast. This includes funding an April workshop that explored options to install monitoring instruments on the sea floor off Cascadia, some of them developed by a Seattle inventor and philanthropist with a keen interest in disaster mitigation.

The Gordon and Betty Moore Foundation also supported the early development of ShakeAlert, an earthquake early-warning system led by the US Geological Survey (USGS), that is currently being tested along the US west coast. It relies on a network of seismometers on land. When the ShakeAlert instruments detect an earthquake, they send immediate warnings, which arrive before the tremors cause damage. The plan is that the seconds to several minutes of notice can allow trains to slow to a halt, surgeons to pull their scalpels out of patients and children to climb beneath desks.

The foundation’s funding made sense when ShakeAlert was getting under way — private money is appropriate to jump-start experimental projects. But it is time for the federal government to commit.

Although the USGS has overseen ShakeAlert from the start, President Donald Trump has proposed cutting federal support for the system next fiscal year. The amount is US$8.2 million — a puny sum for investing in such a seismically active region. The consequences of not being prepared are expensive: the Federal Emergency Management Agency has estimated that the seismic risk in California, Oregon and Washington could lead to average yearly losses of $4.1 billion.

“It is up to members of Congress to reverse this proposed cut and fully fund ShakeAlert.”

To ensure the safety of US citizens is the most basic responsibility of the federal government. ShakeAlert is at a crucial time in its development: it has just enough momentum behind it to turn it into a reality. Organizers hope to have real-time alerts flowing to the public next year. The existing federal funds are a tiny investment with enormous public-safety benefits.

It is a challenge of disaster risk management to get anyone to care about an event that may or may not happen during a politician’s tenure. But other nations have done it. Japan’s much-vaunted earthquake early-warning system has had minor glitches, but overall has been tremendously successful in saving lives. Mexico’s government has installed seismometer networks for real-time alerts throughout Mexico City. Romania has a similar system for a nuclear research facility.

Fortunately for the United States, Trump can only propose a budget. It is up to members of Congress to reverse this proposed cut and fully fund ShakeAlert. All the bluster coming out of Washington can’t hold a candle to the next epic battle of Thunderbird and Whale.