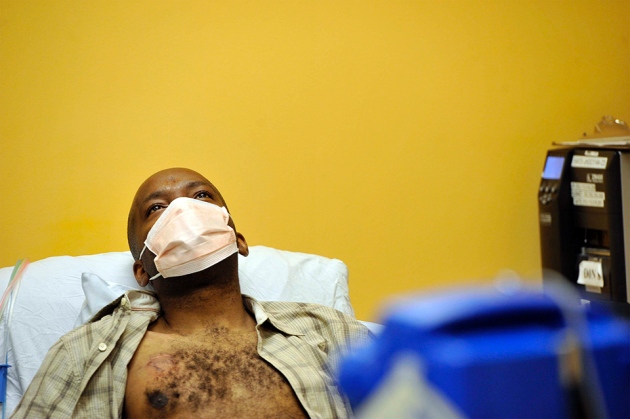 People with sickle cell anaemia are among those targeted by a slew of new gene therapies.

Drugs that act by modifying a patient’s genes are close to approval in the United States, and one is already available in Europe. The developments mark a triumph for the field of gene therapy, once considered controversial.

But with estimated price tags of at least US$1 million per patient, how will anyone pay for these treatments? The question is just one in a broader debate about how to finance a range of super-expensive drugs that are now available, thanks to an explosion in genetic and molecular-biology research over the past 20 years.

“Advances in science are presenting a social affordability question like never before,” says economist Mark Trusheim at the Massachusetts Institute of Technology in Cambridge. “Do we want to convert the science into therapies that we actually would have to pay for?”

Trusheim spoke at the Biotechnology Innovation Organization (BIO) meeting in San Francisco, California, on 6–9 June, which featured much discussion about how society will pay for the rising costs of new drugs. At the American Society of Clinical Oncology meeting in Chicago, Illinois, on 3–7 June, dozens of talks and abstracts focused specifically on the growing cost of cancer care. Cancer drugs that unleash the power of the immune system cost up to $40,000 per month.

Gene therapies that are close to US approval include treatments for haemophilia B, sickle-cell anaemia and the neurodegenerative disease cerebral adrenoleukodystrophy. A therapy under development at Spark Therapeutics in Philadelphia, Pennsylvania, for a type of blindness is considered the most advanced.

Many of the treatments deliver corrective genes using a modified virus that is considered safer than vectors used in earlier attempts. But many of the target disorders are rare, limiting the population that can be treated. And there are often no previously approved drugs that work similarly, removing the pressure on companies to lower their prices.

Such therapies could cost $1 million per patient, estimate haematologist Stuart Orkin of Harvard Medical School in Boston, Massa­chusetts, and Philip Reilly, an investor with Third Rock Ventures in Boston (S. H. Orkin and P. Reilly Science 352, 1059–1061; 2016). Reilly co-founded Cambridge-based Bluebird Bio, which is working on several of the gene therapies that are close to market.

That’s the same price as Glybera, the gene therapy given the green light by European regulators in 2012, which has been taken by only one person so far. Experts attribute this low uptake to the high price and to doubts about its efficacy. If newer gene therapies are to do better, they will have to produce convincing data that they are worth the money, Trusheim says.

For medicines that are already approved, one increasingly popular solution is a deal between insurers and drug companies that ties payments to how well medicines perform. Last November, for example, Boston-based Harvard Pilgrim Health Care, a major New England insurer, announced that it will cover treatment for its clients with Repatha (evolocumab), one of a new class of cholesterol-lowering medication that is made by Amgen and costs $14,000. But if patients don’t reach pre-agreed cholesterol levels, or if Harvard Pilgrim ends up paying more than it has budgeted for, Amgen will refund the insurer.

Networks set up by insurance companies to gather and share data from health centres make such deals possible, says Michael Sherman, chief medical officer at Harvard Pilgrim. And they are on the rise around the world: one study found ‘pay-for-performance’ deals across 14 countries in 2013, predominantly in Europe and the United States, but also in middle-income countries such as China and Brazil.

These deals may work for some conditions, such as haemophilia B, for which several drugs might be approved. But for others, such as adrenoleukodystrophy, only one company is developing a product, so there won’t be the incentive for companies to negotiate, Trusheim says.

At the BIO meeting, investors and economists discussed a range of alternative solutions, including the medical equivalent of a mortgage or annuity, in which insurance companies or governments might spread the cost of a one-time treatment over many years, as long as a patient continues to benefit from it. One complication of such arrangements in the United States is that patients often move between insurers, so it is unclear who would continue to make these payments on a patient’s behalf.

The difficulties of paying for the fruits of the biotechnology revolution are something that governments are already struggling with. The state of Arkansas last year settled a lawsuit filed by three people who said they had been denied access to the $300,000 cystic fibrosis drug Kalydeco (ivacaftor) because of the cost. And in April, the Japanese government imposed a 50% price cut on a new hepatitis C treatment, Sovaldi (sofosbuvir). A US federal judge in Seattle, Washington, ruled on 27 May that states cannot delay treatment with Sovaldi, which costs up to $84,000, because of price concerns.

But those working on gene therapy are confident that a solution is out there. “Let’s say that a gene therapy that really made a world of difference in the life of a small child should cost a million dollars for one event,” Reilly says. “I can think of many things in medicine that cost that much or more, and we don’t think twice about that.”

This article should have said that cancer drugs that unleash the power of the immune system cost up to $40,000 per month, not per year. The text has now been corrected.