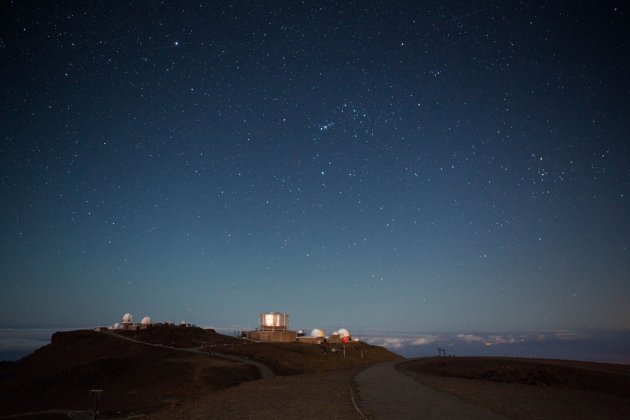 Observatories such as this one in Haleakala, Hawaii, track the movements of satellites and space debris.

The US military has long taken the role of traffic cop in space: monitoring satellites, tracking debris and, in recent years, warning satellite operators and foreign governments of potential collisions and hazards. But now it has company. A wave of private firms is seeking to build a commercial market for space situational awareness (SSA) — high-precision tracking of artificial objects orbiting Earth.

“Everybody’s getting into the SSA game,” says Paul Welsh, vice-president of business development at AGI. He attributes the growing interest to the expansion of military space activity, the rapid growth of the commercial satellite industry and the increasingly pressing problem of space debris. “All three of those things are a confluence of opportunity,” Welsh says.

Improvements in information technology have also helped to fuel demand for commercial data on satellites and space junk, says Brian Weeden, technical adviser for the Secure World Foundation, a non-profit group based in Broomfield, Colorado, that works on issues of space sustainability. Private companies have proved adept at developing software for managing big data, even as the US Air Force has struggled to update the decades-old computer systems at its Joint Space Operations Center at Vandenberg Air Force Base in California.

Whereas the military tracks space debris with powerful, multimillion-dollar radars and telescopes, ComSpOC relies on observations from a larger network of ‘off the shelf’ sensors around the globe. These include eight optical sites, three radiofrequency tracking sites and two radar installations. The centre purchases many of its data from outside contractors that run the observation sites.

A year and half after its launch, Welsh says that ComSpOC is tracking 6,000 to 7,000 objects, including active and inactive satellites and debris. That is many fewer than the approximately 23,000 objects being tracked by the US military, Welsh acknowledges. But ComSpOC's quarry includes nearly all significant objects in geosynchronous orbit, around 42,000 kilometres above Earth. AGI plans to bring two more radar facilities online next year, which should allow the company to track more objects in low Earth orbit, up to 2,000 kilometres above the planet’s surface; this is where the largest population of satellites and debris is found, says Welsh.

US military and civilian agencies such as NASA, the National Oceanic and Atmospheric Administration and the Federal Aviation Administration are considered the biggest market for orbital data; although the Air Force maintains its own sensor network, it is struggling to keep up with an increasingly crowded and complex space environment. But SSA firms also hope to attract customers among private satellite operators.

“If there were no government buyers at all, it would still be a very viable, meaningful business,” says Clinton Clark, vice-president of sales at ExoAnalytic Solutions in Houston, Texas, a technology company that sells satellite-observation data to ComSpOC, among other customers.

Satellite operators are accustomed to getting such data free from the US government, but Clark sees a growing dissatisfaction with the volume and quality of that information. “There’s too many false alarms” of potential collisions, he says.

Still, the commercial market for SSA data is in its infancy. “It’s a new thing,” says Weeden. “It’s something that’s fairly dynamic. Just in the last six months to a year, there’s been a ton of change, and it’s hard to tell what the future is going to look like.”