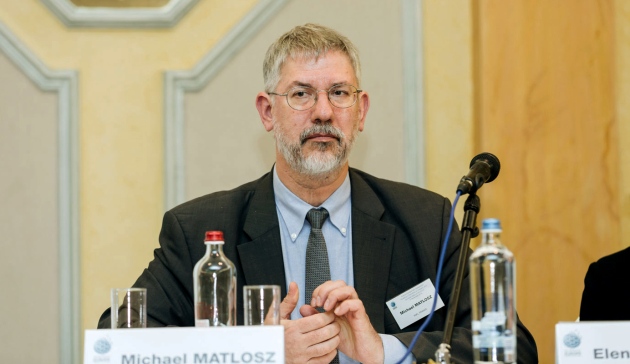 French researchers say they’re pleased that the president and chief executive of the country’s National Research Agency (ANR) has stepped down, but worry that the organisation's woes might not be resolved by his exit.

Michael Matlosz resigned on 21 July, after more than a year of widely reported discontent with how the funding body was being managed. Despite an uptick in its budget this year, the ANR's funding is still less than it was in 2012, and success rates for grant applications are worryingly low.

Matlosz, a former chemical engineer who was promoted to his post in 2014, left because the agency needed “a new impetus” following recent organizational changes, according to an 18 July statement by Frédérique Vidal, who became France’s minister for higher education, research and innovation in May. Matlosz and the ANR declined to comment further. Arnaud Torres, an ANR director, is serving as an interim chief until a new head is found.

Many scientists say that Matlosz’s management created serious tensions within the ANR, including administrative choices that upset senior scientists and those who served on grant-evaluation panels.

The agency has had a number of public upsets. In March 2016, sociologist François Héran was fired as head of its social-sciences department. In June the same year, all 20 members of an evaluation panel in mathematics and computer science resigned together, complaining that bureaucracy had reduced their freedom to select proposals. Last month, molecular biologist Catherine Dargemont, director of the agency’s biology and health division, was fired after she sent a letter to the ANR's governing board, co-signed by ten colleagues, complaining about “recurrent dysfunctions” at the ANR, including the gradual sidelining of senior scientists in important decisions.

And on 26 June, Bernard Hoflack, a proteomics researcher at the Technical University of Dresden, Germany, who is president of the ANR’s evaluation panel in cellular and developmental biology, wrote to the agency’s management on behalf of 9 out of 13 panel heads, criticizing poor internal communication, among other things.

Bernard Meunier, a chemist and past president of the French Academy of Sciences, says that ANR bureaucracy is still too burdensome. “Principal investigators spend a huge amount of time on applications, filling in endless forms, finding partners and trying to justify the nine new ‘societal challenges’, which politicians believe will help create jobs and wealth,” he says. He thinks that 70 measures introduced by previous research minister Thierry Mandon to simplify researchers’ lives have had almost no impact because administrative bodies resisted them.

The ANR also has broader problems. In France’s latest budget, for 2017, the agency’s spending was boosted 8% to €643 million (US$748 million) — still lower than the €710 million it was allotted five years ago. This means that competition to win project funds is fierce, with average success rates running at a paltry 12–13%.

On 11 July, Vidal told a French senate committee that the ANR budget would have to be increased. But last week, the government proposed a cut of €180 million to the research ministry’s budget, out of a total €331-million reduction in funding for higher education and research amidst wider cuts of more than €3 billion in public spending. That does not augur well for increases at individual agencies; the ministry said it had not yet decided how much the ANR might lose in funds.