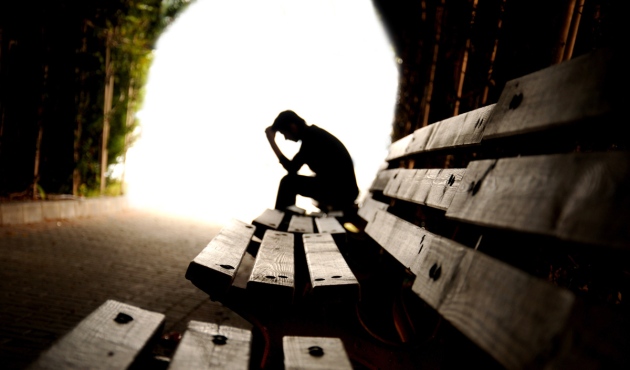 More people with suicidal thoughts might find help in time if doctors were able to test them for molecular signs, or biomarkers, of heightened risk.

People who are intent on taking their own life may not seek counsel or discuss their thoughts with others. Having some ways of predicting the rise of suicidal thoughts could help save at least some of the 1 million people worldwide who die that way every year.

“It’s a preventable tragedy,” says Alexander Niculescu, a psychiatrist at Indiana University in Indianapolis who is looking for biological signs of suicide risk.

Because of the brain's complexity and inaccessibility, the search for predictors of suicide risk has instead focused on molecular signs, or biomarkers. These biomarkers help to indicate which people are at even higher risk. Niculescu and his colleagues have found six such biomarkers in blood that they say can identify people at risk of committing suicide. Their work is published in Molecular Psychiatry1.

The study by Niculescu and his colleagues had four distinct phases. First, they identified nine men with bipolar disorder from a longitudinal cohort study at Indiana University who, between visits to the lab, had switched from having no suicidal thoughts to scoring highly on a suicide-risk scale. They looked for changes in gene expression in men’s blood cells, and identified candidate biomarkers. These biomarkers were then checked against previous work on genes related to mental illness and suicide to identify 41 most likely to be involved. “It works like a Google search ranking,” says Niculescu. “Those that had the most independent lines of evidence got the highest rank.”

Next, the researchers checked their results against blood samples taken by the coroner from nine men who had committed suicide. This enabled them to narrow their list of candidate biomarkers from 41 to 13. After subjecting the biomarkers to more rigorous statistical tests, Niculescu's team was left with six which they was reasonably confident were indicative of suicide risk.

To check whether these biomarkers could predict hospitalizations related to suicide or suicide attempts, the researchers analysed gene-expression data from 42 men with bipolar disorder and 46 men with schizophrenia, and found correlations with four of their biomarkers, especially in the bipolar group. This indicates that the active genes are not just ‘state markers’ of immediate risk but ‘trait markers’ that can indicate long-term risk. When the biomarkers were combined with clinical measures of mood and mental state, the accuracy with which researchers could predict hospitalizations jumped from 65% to more than 80%.

The strongest predictor was a biomarker encoded by a gene called SAT1. “It was head and shoulders above the rest,” says Niculescu. The work “opens a window into the biology of what’s happening,” he says.

Ghanshyam Pandey, a psychiatrist at the University of Illinois at Chicago, says that Niculescu’s work is an important step in the search for psychiatric biomarkers, but the small sample size means the results will have to be validated in much larger groups and tested for specificity and sensitivity before the results could be used clinically. “That’s a big challenge,” Pandey says.

Niculescu says that this type of work is usually done with much larger sample sizes but that he and his colleagues used rigorous, multi-step methods to weed out false positives. The next step, he says, is to look at the levels of these biomarkers in the general population and in other at-risk populations, such as those with depression or suffering from stress or bereavement. “Suicide is not just related to mental illness,” he says. “It’s a very complex behaviour.”