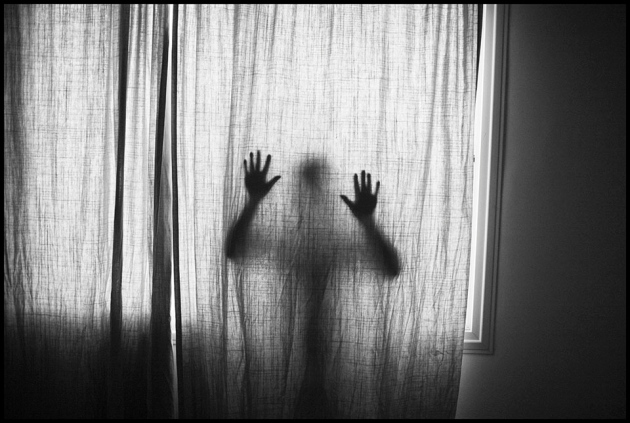 A complex array of genetic and environmental factors appears to influence whether a person develops depression.

Children from impoverished families are more prone to mental illness, and alterations in DNA structure could be to blame, according to a study published on 24 May in Molecular Psychiatry1.

Poverty brings with it a number of different stressors, such as poor nutrition, increased prevalence of smoking and the general struggle of trying to get by. All of these can affect a child’s development, particularly in the brain, where the structure of areas involved in response to stress and decision-making have been linked to low socioeconomic status.

Poor children are more prone to mental illnesses such as depression than their peers from wealthier families, but they are also more likely to have cognitive problems. Some of these differences are clearly visible in the brain structure and seem to appear at birth, which suggests that prenatal exposure to these stressors can be involved2.

From birth to adolescence

But neurodevelopment does not stop at birth. Neuroscientist Ahmad Hariri of Duke University in Durham, North Carolina, suspected that continual exposure to stressors might affect older children as well. He decided to test this idea by studying chemical tags known as methyl groups, which alter DNA structure to regulate how genes are expressed. There is some evidence that methylation patterns can be passed down through generations, but they are also altered by environmental factors, such as smoking.

To test whether these mechanisms are involved in the increased likelihood of depression seen in impoverished children, Hariri and his colleagues zeroed in on a gene called SLC6A4, which encodes a protein that transports the brain-signalling molecule serotonin into neurons. The gene has long been known to be involved in depression, and the serotonin receptor is the target of many antidepressant drugs.

Hariri and his colleagues collected blood samples from 183 Caucasian children aged 11–15, and tested the children for symptoms of depression. They also examined how the children responded to stress by scanning their brains to monitor activity when shown a picture of a frightened face. People who are highly sensitive to threats show more activity in the amygdala — the brain’s ‘fight or flight’ centre — when they see such an emotion.

The researchers repeated these experiments on the same children several times over the course of three years. Then they compared the results for each child with changes in his or her brain activity over the same time period, as well as shifts in methylation patterns near the SLC6A4 gene.

The scientists found that children who grew up in poverty had more methylation in this region compared to their wealthier peers. This might have suppressed the poor children's production of serotonin transporter protein, so that they had less serotonin available to the brain — a condition linked to depression. The children’s amygdalas also became more active, and those who had a family history of depression were more likely to become depressed themselves.

Seth Pollak, a child psychologist at the University of Wisconsin—Madison, says that it is unclear whether poverty harms cognition and mental health, or whether a person’s intrinsic biology increases the likelihood that he or she will be poor as adults. But epigenetic research, such as the new study, shows that genetic differences are not the only important factors. “You might have a particular gene — but depending on the experience you have or don’t have, the gene might never be turned on,” Pollak says.

The new paper is notable in that it looks at the effects of low-level stress over a long period of time, he says, rather than the effects of an extreme trauma. But Pollak cautions that the sample is small for a study that attempts to understand complex interactions between genetics and the environment, and that some individuals are much more susceptible than others to the impact of poverty.

Hariri says that his group now wants to look at the methylation of genes in a group of about 1,000 people in Dunedin, New Zealand, whose health has been tracked since 1972–73.

“It’s very nice to see such a well-constructed experiment,” says Dan Notterman, a molecular biologist at Princeton University in New Jersey. He is surprised at how clear the links between epigenetics, behaviour and socioeconomic status are.

Notterman’s own research has found3 that telomeres, DNA sequences found at the ends of chromosomes, are shortened in children from impoverished families. Telomere length is involved in ageing and in poor general health. If researchers can identify DNA markers that are strongly linked to brain activity and behaviour, Notterman says, they could be used as a test for whether depression drugs are effectively treating a person's disease.

But Robert Philibert, a behavioural geneticist at the University of Iowa in Iowa City, says that for impoverished children, the answer may be simpler — at least from a scientific perspective. “What this points out here is that if you really want to change neurodevelopment, alter the environment,” he says.

When discussing children who grew up in poverty, this story wrongly referred to suppressed production of serotonin receptors. It should have said serotonin transporter protein. The text has now been corrected.