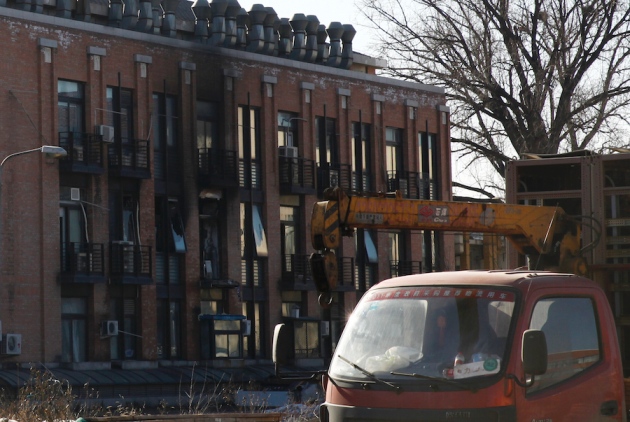 The damaged laboratory building following an explosion and fire at Tsinghua University in Beijing.

A postdoctoral chemist has died following an explosion on 18 December in the chemistry department of Tsinghua University in Beijing.

The researcher, Meng Xiangjian, died after a hydrogen storage cylinder unexpectedly exploded at 10.10 a.m. local time, according to a police report shared on the university's official Weibo social-media account. Images shared on social media showed black smoke billowing out of the window of the second floor of the red-brick Ho Tim building, in the centre of the university's Beijing campus; the fire was extinguished and other personnel evacuated, the university stated.

The university has not yet responded to requests for comment, but stated on Weibo that it had stopped using hydrogen gas cylinders of the same type and manufacturer, and had organized an expert committee to investigate the safety vulnerabilities of its campus and laboratories, particularly regarding the storage of dangerous chemicals. A police investigation is ongoing.

Deaths in academic laboratories are rare. In 2009, 23-year old Sheri Sangji died after receiving third-degree burns in a lab fire at the University of California, Los Angeles (UCLA). Sangji was using a syringe to draw the reactive chemical t-butyl lithium from a bottle when it burst into flames.

UCLA paid US$70,000 in fines and agreed to tighten its safety standards. The researcher in charge of her laboratory, Patrick Harran, became the first academic chemist to face criminal charges over a US lab accident. In 2014, he reached a deferred-prosecution agreement with law-enforcement officials.

The article has been updated to add university statements on the cause of the explosion, the name of the researcher who died, and details of ongoing investigations.