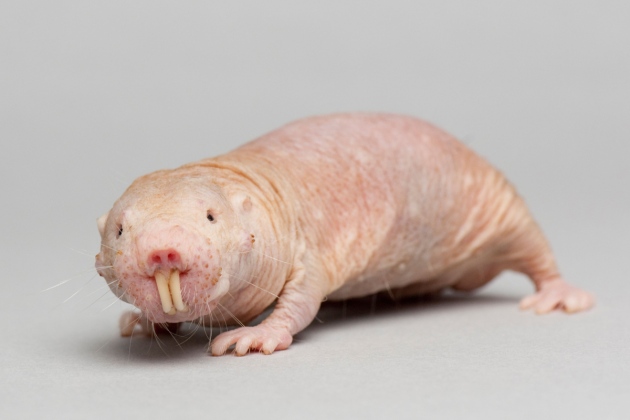 Naked mole rats are among the ugliest creatures in the animal kingdom, and they engage in acts that seem repulsive — such as eating one another’s, and their own, faeces.

Now researchers have found one biological motivation for this behaviour. When a queen mole rat’s subordinates feed on her hormone-filled faeces, the resulting oestrogen boost causes the beta rats to take care of the queen’s pups, according to results presented on 18 October at the Society for Neuroscience meeting in Chicago, Illinois.

Like bees, naked mole rats live in eusocial colonies, with only one queen rat and a few males that can reproduce. The rest of the colony consists of dozens of infertile subordinates that help with tasks such as foraging and defending the nest. The subordinate rats also take care of the queen’s pups as though the babies were their own: they build the nests, lick the pups and keep them warm with their body heat.

Because they have no mature sex organs, subordinate rats cannot produce the hormones that would usually drive parenting behaviour. To look at what generates the rats’ caring ways, animal biologist Akiyuki Watarai and behavioural scientist Takefumi Kikusui at Azabu University in Japan played recordings of crying mole-rat pups to subordinate rats. Animals whose queens had just given birth paid more attention to the crying than those from other groups, suggesting that the pregnancy itself triggered subordinates’ maternal instincts.

The researchers then examined the subordinates’ faeces and urine. They found that the samples contained the oestrogen compound oestradiol, but only when the queen was pregnant. This suggested that the hormones came from her.

When the researchers fed hormones from the pregnant queen’s faeces to her subordinates, the animals’ oestradiol levels increased and they began to pay more attention to the sound of crying pups. Kikusui says that his lab is now scanning subordinate mole rats’ brains to see how they change when these animals become queens; it is not clear what causes this transition.

Sue Carter, a behavioural neurobiologist at Indiana University in Bloomington, says that the animals’ method of transferring parental responsibility through faeces is interesting. Carter, who studies hormones and maternal behaviour in prairie voles, notes that baby rats eat their mothers’ faeces1. These contain high levels of pheromones right after birth, and may help pups' brain development.