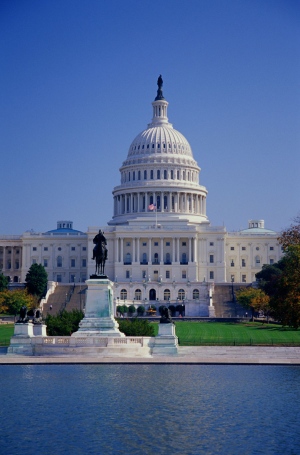 Slowness to curb greenhouse gas emissions by the US, China and other major economies will bring higher costs later.

Swift action by politicians is the single most important factor in limiting global warming, an analysis finds. The costs of political delays outweigh any possible benefits of waiting for more research into the mechanisms of climate change.

The results, published today in Nature1, contradict claims that governments should delay action on climate change until scientific certainty further improves. They also imply that speeding up action could lead to significant cost savings.

The researchers compared emissions and costs in more than 500 scenarios, and revealed that the timing of global action will have the greatest effect on whether the world meets a given climate target, such as keeping global temperature rise to less than 2 °C above pre-industrial levels. The second most important factor was scientific uncertainties, followed by social and technological ones.

“The big finding is that the choice of when to do something influences the outcome much more than the [other] uncertainties,” says Rogelj. The result renders scientific uncertainties “almost irrelevant for the 2 °C target” if action is delayed by one or two decades, he adds.

The quicker, the better

Writing in a News and Views2 article accompanying the study, Steve Hatfield-Dodds, a climate economics and policy analyst at Australia's Commonwealth Scientific and Industrial Research Organisation in Canberra, says that the findings should help to clarify the risks and consequences of delaying emissions reduction.

In December 2011, leaders from 195 countries pledged that by 2015 they would set targets for reducing emissions starting in 2020; if they stick to that course, Hatfield-Dodds calculates, there will be a 56% chance of keeping the temperature increase below 2 °C. However, delaying action until 2025 would decrease that chance to 34%. Bringing the curbs forward to 2015, by contrast, would improve the odds to 60%, all else being equal. It would also make action much cheaper. To achieve a 60% chance of success would cost US$60 per tonne of carbon dioxide (or equivalent amounts of other greenhouse gases) if action began in 2015, compared with $150 per tonne for action starting in 2020.

Action to reduce greenhouse-gas emissions has been slow, especially at the international level, says Richard Howarth, an environmental economist at Dartmouth College in Hanover, New Hampshire. The latest study “shows that deferring action may lead to very significant economic costs”, he says, adding that “early action is our best bet”.

Rogelj says that his team's analysis is the first to integrate the four major sources of climate uncertainty into the same framework, but that the paper's estimates are likely to be conservative. One limitation of the analysis is that it does not fully incorporate 'positive feedbacks', those climate factors that get worse as the world warms, such as the amount of the greenhouse gas methane that is released from thawing permafrost.