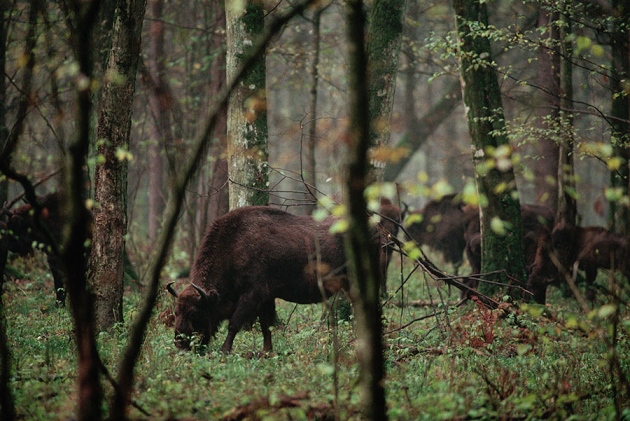 A Polish proposal to increase logging in the ancient Białowieża Forest is drawing fresh criticism from scientists. They suspect that the motives are partly commercial, and dispute claims that an outbreak of bark beetle threatens the forest. The Polish Ministry of the Environment says that there is no commercial benefit to the proposed logging and insists that it is needed for pest control.

The 1,500-square-kilometre forest, which straddles the Poland–Belarus border, has remained largely unchanged for centuries, making it a matchless stomping ground for researchers tracing the behaviour and ecology of insects, birds and mammals, including the largest population of European bison (Bison bonasus).

It is also a source of ecological measurements, for example on regeneration after disturbances, that inform forest management elsewhere, says Rafał Kowalczyk, director of the Polish Academy of Sciences’ Mammal Research Institute in the village of Białowieża.

A Białowieża management plan limits logging in the forest to 48,000 cubic metres of wood per year — enough to allow locals to gather firewood. But on 10 November, the local forest administration proposed an amendment that would allow large-scale logging in sections outside the central 17% of the forest that is a national park. They cited an outbreak of the bark beetle pest (Ips typographus) in Białowieża’s Norway spruce (Picea abies). In one forest district where logging is currently limited to 6,000 m3 per year, the allowable yearly volume would increase to 53,000 m3.

Conservation council member and Correspondence author Przemysław Chylarecki, who is an ornithologist at the Museum and Institute of Zoology in Warsaw, suspects that commercial considerations, not just pest control, are behind the plan. Poland’s government was elected in October — and the environment minister referred to the wasted commercial potential of unlogged trees in his election campaign, notes Chylarecki.

But an environment ministry spokesman, Jacek Krzemiński, says that there is no commercial incentive because the wood is only good for firewood, and the costs of logging and transport make it unprofitable to sell the wood on.

Kowalczyk, who also opposes the logging proposal, says that the pest-control argument is misguided. Recurring bark-beetle outbreaks do not endanger the forest at large because more-resilient tree species spread and replace spruce, he says. “That’s a perfectly natural process and endlessly preferable to cutting down trees.” But Jarosław Krawczyk, spokesman for the regional state forest directorate in Białystok, says that the current outbreak is unprecedented in scale and has already begun to attack other tree species.

A detailed assessment of forest health is under way, says Krzemiński. Earlier this month, a regional environment agency suggested that the amount of extra logging be reduced to half of the volume proposed in the new management plan, whereas Poland’s national forest authority has yet to weigh in. Depending on its opinion, the ministry will decide on the amendment later this year, Krzemiński told Nature.