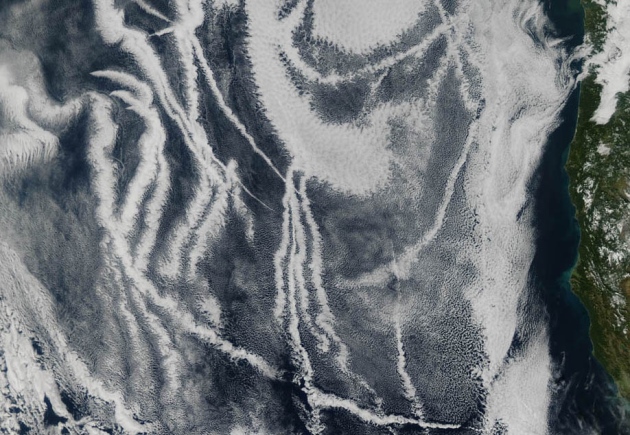 Climate engineering — cooling Earth intentionally by modifying its radiation balance — worries many people. We know little about the effectiveness of these technologies or their side effects. The unintended consequences could be profound. One country's interventions will affect others and could distract from climate-change mitigation efforts, and there is no international mechanism for regulating such deployments. These are legitimate concerns.

But interventions may need to be considered in the future. The 2013 report of the Intergovernmental Panel on Climate Change suggested that even if the world almost eliminates greenhouse-gas emissions by mid-century, decades of climate engineering — such as removing carbon dioxide from the atmosphere or injecting reflective particles into the stratosphere — might be required to control global temperatures and preserve vulnerable populations and ecosystems1.

Yet the climate-science community has largely avoided the subject. Government-funded research has been restricted to modelling and social-science investigations. The few outdoor experiments that have tested concepts were either funded privately or performed as pure climate science without making the climate engineering intent clear. Such experiments fail to ensure two fundamental principles of good governance of climate-engineering research: transparency and that the research is for the public good.

We believe that this laissez-faire approach is risky and imprudent. As the consequences of climate change become starker, public calls for interventions may grow. Governments or companies may try climate engineering to reduce the severe impacts predicted by 2050. Our ignorance of the benefits and problems could become dangerous.

Several reports and institutions have called2 for climate-engineering research to commence. We agree. We must start now: gaining a solid understanding of any climate-engineering technique will take decades. Small-scale outdoor experiments in particular are needed to provide real-world answers to questions about the efficacy and advisability of climate engineering. Even the United Nations Convention on Biological Diversity, which has discussed a ban on climate engineering, endorses such experiments (see go.nature.com/vopjwg).

“As the consequences of climate change become starker, public calls for interventions may grow.”

But how should research get started? Should governance be developed before or after early experimentation? Some have called for a moratorium on climate-engineering research until an international governance regime is in place (see go.nature.com/rfx56p). We disagree. A ban would push research underground and towards private funding where risky experiments may proceed ungoverned. Or experiments might be conducted with no more than usual research governance. Neither approach is good.

We argue that governance and experimentation must co-evolve. We call on the US government and others to begin programmes to fund small-scale, low-risk outdoor climate-engineering research and develop a framework for governing it.

Although they do not require approval by an international body, small-scale experiments are an opportunity for international collaboration. Countries that have worked together on small-scale research and participated in developing governance models will be in a better position to agree how to handle risky research should that time ever come.

Opponents of climate-engineering research have claimed that the only useful outdoor research requires perturbing the climate. That is wrong. Many small-scale experiments would have no measurable effect on Earth's climate3, 4. The physical and chemical processes on which interventions rely need testing and quantification at small scales before any climate impacts are assessed. Experiments that extend up to kilometres in altitude and last days to weeks would leave the global climate unchanged but would increase scientific understanding substantially.

Some useful low-risk experiments have already been identified5. Injecting a small amount of sulfur into the stratosphere over several weeks would show how fine particles evolve and affect ozone depletion; spraying salt particles into coastal clouds would assess whether cloud reflectivity can be increased; seeding high-latitude cirrus clouds with artificial ice nuclei would determine whether the clouds can be dissipated and allow more long-wave radiation to escape from Earth.

These small-scale tests look a lot like climate-science experiments, and climate-change science will also benefit from them. Making the intent of the research clear allows governance strategies to be explored. All proposals should address five governance considerations: value, risk, transparency, vested interests and legal requirements (see ‘Checklist for funding research’).

Value. Climate-engineering experiments should have social as well as scientific benefits, for example by reducing major climate-change uncertainties such as the roles of clouds and aerosols in moderating Earth's energy balance. The research should generate new understanding of the risks, effectiveness and advisability of climate engineering.

Risk. Researchers should evaluate and minimize their proposal's downsides — known, predicted or perceived. Small, short-lived projects raise fewer concerns than large and long ones. Avoid concepts that would permanently alter the environment. Comparing impacts with those of other common activities, such as flying aircraft in the stratosphere, maintains perspective.

Transparency. To maintain trust and ensure that society can learn how to govern climate-engineering research, scientists should conduct experiments openly, facilitate deliberation and oversight, and inform decision-making. Researchers should clearly explain to the public an experiment's scientific context, its intent, method, alternatives, the expected and actual outcomes, and how research questions evolve as a result.

Vested interests. Financial interests and intellectual-property rights may influence research or lead to political pressure that does not serve the public interest. Researchers and institutions could have positive biases about their climate-engineering concepts for professional, intellectual or personal reasons6. Governance methods beyond normal peer review are needed to check that conflicts of interest do not bias evaluation. For example, a second team could be asked to confirm or find errors in research done by another.

Legal considerations. Larger-scale research may require environmental regulatory review. For example, the United States may demand an environmental impact assessment or statement under the National Environmental Policy Act, Clean Air Act or Clean Water Act. Experiments that cross national borders must abide by customary international law or United Nations treaties such as the Framework Convention on Climate Change, the Convention on Biological Diversity, or the Convention on the Law of the Sea. If there is foreseeable harm, consent among the affected parties should be determined.

Learning about governance does not follow automatically. The SPICE (Stratospheric Particle Injection for Climate Engineering) experiment proposed for the United Kingdom in 2010 is an example of how not to proceed. This project, which would have simply sprayed water from a hose attached to a tethered balloon, was abandoned after it failed to win public support and when conflict-of-interest issues emerged over a patent application for the system. It aimed to test a mechanism by which climate-altering chemicals could be introduced into the atmosphere to reflect sunlight — but before scientific uncertainties about the effectiveness and advisability of any such interventions had been resolved. Furthermore, little stood to be learned from the experiment, because the hose would have operated at a lower altitude than required for climate engineering. The project became a lightning rod for public concern and was cancelled.

Government agencies and scientists should begin climate-engineering research, learn to govern it and prepare for international collaboration. We recommend the following first steps (developed through discussions at the 2014 Solar Radiation Management Governance Initiative workshop in San Francisco, California).

First, pick a good test case for an outdoor research project. This will establish a track record for dealing with controversy, scrutiny and outreach. The initial experiment should yield valuable scientific insight and be defensible, in that it is brief and poses no significant risk.

Third, seek broad advice early to identify potential social risks and societal benefits. Such understanding will help when deciding whether to stop or proceed. Think of it as a rehearsal for constructing an advisory body, should the government decide to establish a strategic research programme.

Fourth, discuss climate engineering within the broader context of climate-change strategy. Climate engineering cannot substitute for mitigation or adaptation, but it might (or might not) provide crucial tools in a holistic and strategic plan for dealing with the inevitable impacts of global change.

And fifth, assess the early work and decide whether and how to proceed. What was learned? Do the results render any subsequent approaches untenable or indicate that a modification would be more effective or more advisable? What new scientific issues are identified? What are the next steps? If public concerns are raised, how can engagement be more effective and useful?

Government agencies must take these steps. To ensure transparency and public trust, outdoor experiments in climate-engineering should be publicly, rather than privately, funded.

We urge researchers to come forward with well-crafted proposals that meet the test-case requirements. Global collaborators should be engaged as a precursor to more formal international cooperation.