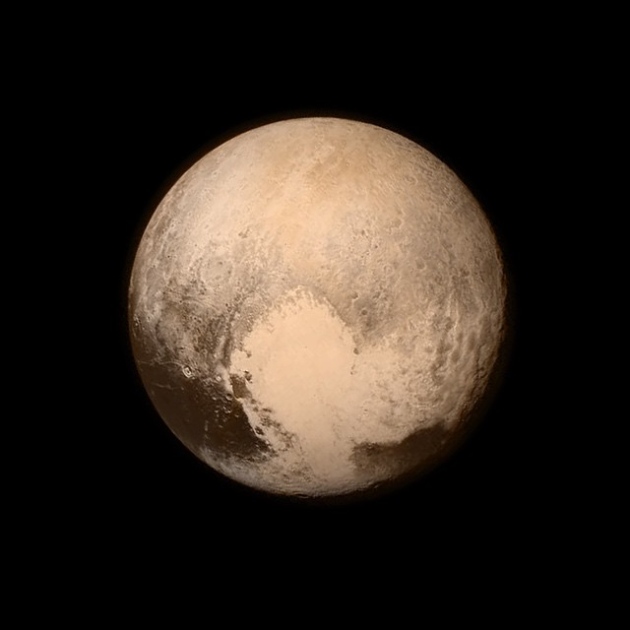 This is the last image that the New Horizons spacecraft transmitted before it began its final approach to Pluto.

Pluto's bright white 'heart' stars in this closest photograph yet of the dwarf planet. NASA’s New Horizons spacecraft sent it back to Earth, from 5 billion kilometres away, on the night of 13 July before slipping into radio silence for an expected 21 hours.

The US$720-million spacecraft is expected to fly approximately 12,500 kilometres above Pluto’s surface just before 7:50 a.m. US Eastern time. If all goes well, the probe will radio its controllers just before 9 p.m. tonight, with a ‘phone home’ signal containing no science data, just a quick check-in.

Last night’s download is a ‘fail-safe’ data dump on the off chance that something goes wrong and New Horizons does not survive the fly-by. Mission scientists put the odds of failure — the most likely cause would be a high-speed dust particle slamming into the spacecraft — at no more than 1 in 10,000.

New Horizons’ seven instruments are exploring the geology, atmosphere and other characteristics of Pluto and its largest moon, Charon. It will also peek at Pluto’s four other known moons: Nix, Hydra, Kerberos and Styx.