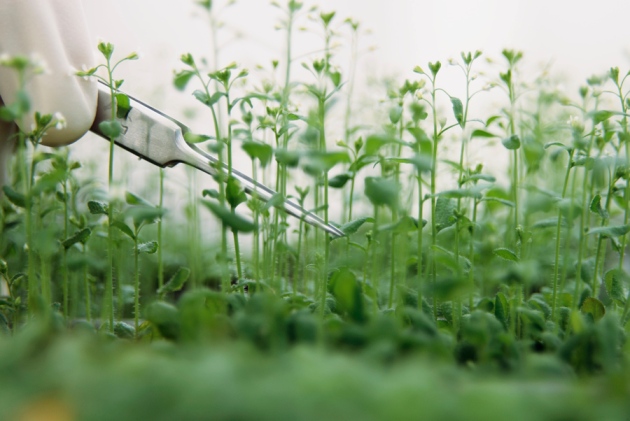 A protein in thale cress (Arabidopsis, pictured) behaves like a prion when it is expressed in yeast.

Prions, the misfolded proteins that are known for causing degenerative illnesses in animals and humans, may have been spotted for the first time in plants.

Researchers led by Susan Lindquist, a biologist at the Whitehead Institute for Biomedical Research in Cambridge, Massachusetts, report that they have found a section of protein in thale cress (Arabidopsis) that behaves like a prion when it is inserted into yeast.

In plants, the protein is called Luminidependens (LD), and it is normally involved in responding to daylight and controlling flowering time. When a part of the LD gene is inserted into yeast, it produces a protein that does not fold up normally, and which spreads this misfolded state to proteins around it in a domino effect that causes aggregates or clumps. Later generations of yeast cells inherit the effect: their versions of the protein also misfold.

This does not mean that plants definitely have prion-like proteins, adds Lindquist — but she thinks that it is likely. “I’d be surprised if they weren’t there,” she says. To prove it, researchers would need to grind up a plant and see whether they could find a protein such as LD in several different folded states, as well as show that any potential prion caused a misfolding cascade when added to a test-tube of protein. Lindquist adds that because she's not a plant scientist — her focus is on using yeast to investigate prions — she hasn't tried these experiments. The study is reported on 25 April in the Proceedings of the National Academy of Sciences1.

It is not clear why LD might behave as a prion in plants. Prions are notorious for inducing ill effects: in humans, their misfolding and clumping can cause variant Creutzfeldt–Jakob Disease (vCJD); in sheep and goats, the same effect can cause scrapie. But Lindquist has shown that prion proteins can provide evolutionary advantages for some living organisms — such as, in yeast, surviving harsh environmental conditions. 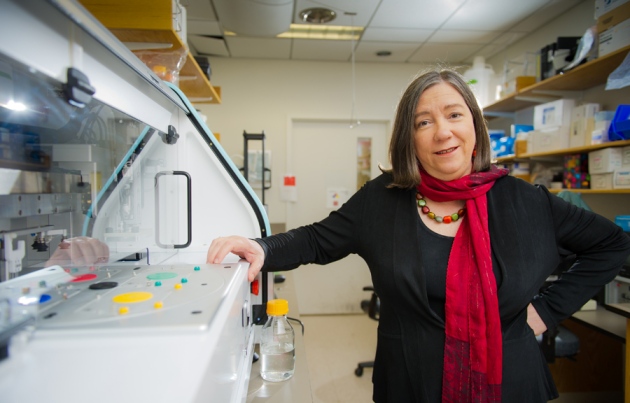 So the same might be true in plants, she speculates. Lindquist says that a clue could come from work done by other researchers, which has suggested that — in fruit flies — the build-up of prion-like proteins might help to form or stabilize long-term memories, by creating long-lived protein clusters at synapses2.

Plants also need to keep track of their outside environment, which is a kind of memory-formation: for example, some plants won't flower until they have experienced many weeks of cold temperature. In the paper, Lindquist's team suggest that if LD does act as a prion in plants, one of its functional roles might possibly be to create a permanent trace of outside temperatures through the accumulation of protein clusters.

Other plant scientists whom Nature contacted consider this idea to be extremely speculative. But, “it would be really cool to find that prion-like behaviour is playing a role in some normal aspect of plant development”, says Richard Amasino, a plant biochemist at the University of Wisconsin–Madison.

Lindquist is looking for more possible prions: her study picked out LD using a computerized algorithm to identify lengths of proteins in the thale cress plant that are similar to known yeast prions. The ability to switch between ‘normal’ and ‘misfolded’ states of folding “seems to be a fundamental property that a lot of proteins have”, she says.