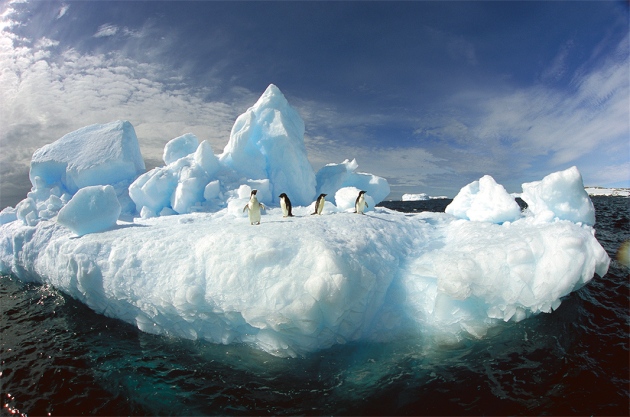 A huge area off the coast of East Antarctica rich in cold-water corals and penguin foraging grounds will remain unprotected for at least another year. Conservation advocates had hoped that the region, covering one million square kilometres, would become the continent’s newest marine protected area (MPA). But the international body that oversees Antarctic waters failed to reach agreement before the end of its annual meeting on 27 October in Hobart, Australia.

At last year’s meeting, after years of unsuccessful talks, the Commission for the Conservation of Antarctic Marine Living Resources (CCAMLR) agreed to create the world’s largest marine park, the Ross Sea MPA. Buoyed by that success, representatives from Australia, France and the wider European Union had hoped that East Antarctica would follow this year. But for the sixth year in a row, CCAMLR was unable to agree on the details.

Conservationists did have some good news, however, with a decision to extend protection for waters exposed when a massive iceberg split from the Larsen C ice shelf this year; a new proposal for a marine protected area in the waters around the Antarctic Peninsula; and the approval of a research and monitoring plan for the Ross Sea MPA.

After the move to protect the Ross Sea, “it is disappointing that CCAMLR could not agree to protect more of the vast and biologically diverse Southern Ocean”, said Andrea Kavanagh, director of Antarctic and Southern Ocean work at the Pew Charitable Trusts in Washington DC, in a statement issued after the meeting.

“People aren’t feeling great,” Chris Johnson, senior manager of the Antarctic programme for global wildlife charity WWF, told Nature just after the meeting’s conclusion close to midnight. “This was a polarizing year. But these things take a long time to get consensus.”

The proposal to protect three large blocks of ocean and sea floor along East Antarctica has been endorsed by the commission’s scientific committee three times. But opposition from China and Russia has blocked the proposal each year.

Both have current or historical fishing interests in the region. China began fishing in the area last year and trawlers from the Soviet Union once plied East Antarctic waters; Russia has expressed interest in returning. Under CCAMLR rules, all 25 commission members — 24 countries and the European Union — must agree for a proposal to be adopted.

Fishing for krill, small crustaceans that are a fundamental part of the Antarctic marine food web, would be allowed in much of the reserve. But one area would be completely off limits, in part to provide a control for researchers studying the impacts of fishing on the region.

Neither China’s nor Russia’s delegates responded to requests for comment on the nature of their opposition to the latest proposal. But the high-level talks between parties including Russia, the United States and China that smoothed the way for the Ross Sea reserve were absent from this year’s meeting, according to several attendees interviewed by Nature.

Although only two-thirds the size of the Ross Sea MPA, the East Antarctic reserve would protect unique ecosystems and features. Included within its boundaries are sites where Antarctic bottom water is formed; this very cold, dense, oxygen-rich slug of water drives global ocean circulation. Churning on the sea floor creates a range of important habitats on the ice shelf and slope that support marine food webs, a nursery for Antarctic silverfish (Pleuragramma antarcticum) and the foraging ranges of marine mammals and birds including Adélie penguins (Pygoscelis adeliae) and emperor penguins (Aptenodytes forsteri).

Antarctic marine reserves offer a rare opportunity to conserve and study largely untouched natural areas, says Keith Reid, science manager for CCAMLR in Hobart and a former research scientist with the British Antarctic Survey. By contrast, “MPAs in many parts of the world are implemented usually in response to something that’s gone wrong”. And although MPA status does little to ward off the effects of climate change, it can help “ensure the other activities don’t exacerbate the impacts”, he says.

Antarctic marine parks are part of a larger international effort to protect 10% of the world’s oceans in MPAs. Gillian Slocum, who represents the Australian Antarctic Division at CCAMLR, is optimistic that the negotiating challenges can be overcome: “We’re hoping CCAMLR can keep building on the momentum of creating the Ross MPA.”