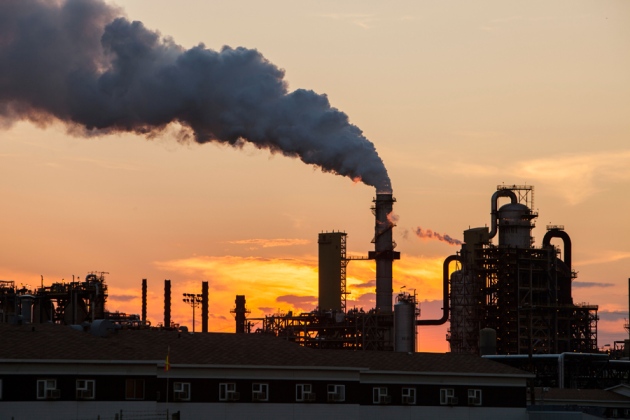 The Keystone XL pipeline would carry crude oil from Canada to refineries and barges farther south.

The pipeline would carry as many as 830,000 barrels of crude oil each day from the tar sands of western Canada to the midwestern United States, where it would connect to existing pipelines that run to the Gulf of Mexico. The economic model used in the latest study suggests that this extra oil would lower prices and drive consumption, producing the equivalent of up to 110 million tonnes of carbon dioxide per year. (That equals about 1.7% of total US greenhouse-gas emissions in 2012, according to the Environmental Protection Agency.)

In essence, every extra barrel of oil produced as a result of Keystone XL would increase global consumption by 0.6 barrels, the study finds. “If that’s the case, that’d be a big greenhouse-gas impact,” says co-author Peter Erickson, a senior scientist at the Stockholm Environment Institute in Seattle, Washington.

Keystone XL has been the subject of intense debate in the United States and Canada since it was proposed by pipeline firm TransCanada in 2008. The decision about whether to proceed with construction ultimately rests with US President Barack Obama, who has said that he will approve the pipeline only if it “does not significantly exacerbate the problem of carbon pollution”. An assessment by the US Department of State has concluded that Keystone XL would increase emissions by just 1.3 million tonnes to 27.4 million tonnes of CO2 a year.

But Erickson and his co-author Michael Lazarus say that the state department's economic model failed to account for the pipeline's effect on global oil prices, and thus consumption. Because the state department did not reveal full details of its model, the authors of the latest study cannot be certain of the variables used in the government analysis. A state department spokesman declined to comment on the Nature Climate Change paper.

David Victor, a climate-policy expert at the University of California, San Diego, says that oil production from Canada's tar sands will increase regardless of whether Keystone XL becomes a reality. Delivering the extra oil by rail might be slightly more expensive than transporting crude by pipeline, but that would only slightly reduce oil company profits, Victor says. “It's extremely difficult to strand oil,” he adds.

Keystone XL critic Ken Caldeira, an atmospheric scientist at the Carnegie Institution for Science in Stanford, California, says that the pricing effects of the pipeline are, to some extent, beside the point. “My concern is not so much the increase in emissions caused by Keystone XL, but that Keystone XL is part of a broader pattern of behaviour,” he says. If the pipeline were to be cancelled, that “signals to the market that these kinds of polluting projects won’t be approved”, Caldeira adds.

Others are sceptical that any extra oil production enabled by Keystone XL would push oil prices down. The study tells “a reasonable story,” says Maximilian Auffhammer, an environmental economist at the University of California, Berkeley. But the oil industry might react to cheaper oil by restricting its output, which would push prices higher — and in principle, decrease consumption and emissions.

Erickson acknowledges that their analysis does not make a definitive prediction. But he argues that it demonstrates why pricing effects should be taken into account for Keystone as well as other energy developments. “These are the types of questions that should be analysed,” he says.