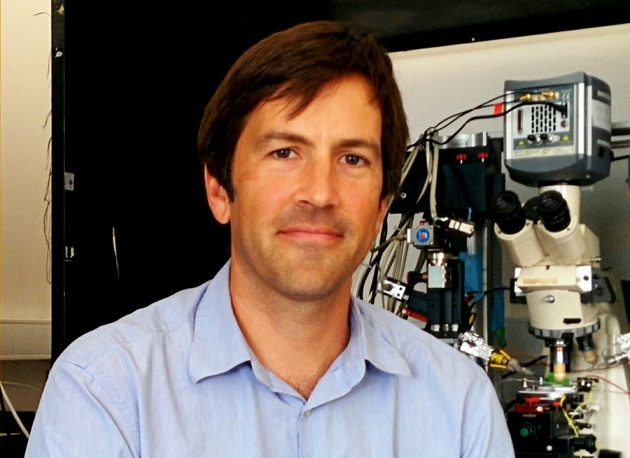 Brandon Stell says post-publication peer review "has the potential to completely change the way that science is conducted".

Since launching in 2012, the website PubPeer has become a hub for post-publication peer review — often via anonymous posts. More than 35,000 comments have been posted so far and in the process the site has become a vehicle for making allegations of misconduct, and has even attracted a lawsuit.

One of the site's previously anonymous founders has now revealed his identity — Brandon Stell, a neuroscientist at the French national science organization CNRS in Paris. The unmasking comes as PubPeer reorganizes itself as the non-profit PubPeer Foundation. Two other founders, who wish to be known only as Richard Smith and George Smith, have not revealed their affiliations. The organization's board includes treasurer Boris Barbour, who is also a neuroscientist at CNRS, and secretary Gabor Brasnjo, an intellectual-property attorney based in San Francisco, California.

Stell, who will be president of the new organization, tells Nature about his decision to go public and his hopes for PubPeer.

Why did you and your colleagues establish PubPeer anonymously?

Ever since I was an undergrad, I've been going to journal clubs and leaving them thinking “Wow people just eviscerated that paper, and I wonder what the author’s response would be, or I wonder what other journal clubs think.” The inspiration for PubPeer is to make a worldwide journal club where people can discuss the finer points of a scientific paper.

If it was a disaster, I didn't want my name attached to it. I could also foresee, if it worked well, that people who were unhappy with comments on their papers could potentially put pressure on me to remove those comments.

Why are you giving up your anonymity now?

We want to create a foundation to run PubPeer. The site has become more and more established over the past three years and continues to grow beyond what we thought. We would like to help it to grow but for this we are going to need to raise money. To create a non-profit organization, we had to give up our anonymity.

I'm no longer worried that PubPeer is going to completely explode into an embarrassing disaster for me.

Will you ever require commenters to be open about their identities?

I can't see that ever happening, but I don't want to talk in definitives. In an ideal world, we would all be very comfortable commenting on PubPeer using our own names. Unfortunately, there are a huge number of people out there who are not comfortable writing comments on their colleague's papers unless they are anonymous.

“I'm no longer worried that PubPeer is going to completely explode into an embarrassing disaster.”

We thought a lot more about anonymity as a result of the lawsuit [a cancer researcher claims that comments on PubPeer cost him a job and is going to court to reveal who posted them]. If we receive funds from the foundation we would like to shore up the anonymity of the user accounts.

Critics have said that PubPeer facilitates the spread of rumours and smears that can ruin scientific careers.

We at PubPeer have strict guidelines: comments must be based on facts. If people stick to this — and we work very hard to make sure that commenters are playing by those rules — it's difficult to write something that is considered trolling or spreading rumours.

Did you expect that PubPeer would play such a large part in flagging potential misconduct?

No, the number of posts highlighting possible misconduct surprised us. Clearly, existing procedures are ineffective at resolving these issues. Nevertheless, PubPeer is suitable for any and all discussion about experimental design and interpretation.

Where does the site go now?

Post-publication peer review has the potential to completely change the way that science is conducted. I think PubPeer could help us to move towards an ideal scenario where we can immediately disseminate our findings and set up a different way of evaluating significant research than the current system.