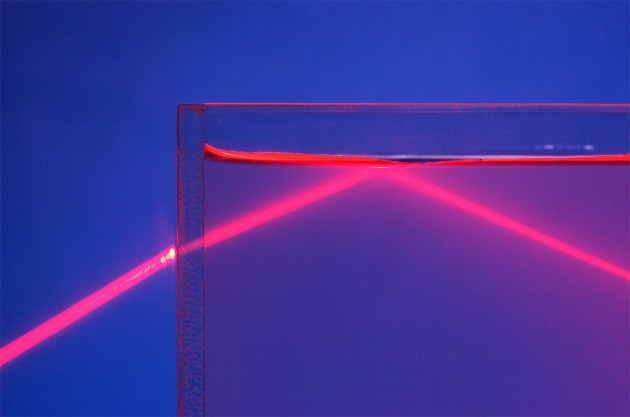 Photons of light pair up as they travel through water, just like electrons in a superconductor.

Superconductivity — a phenomenon in which electrons can travel through certain materials with zero resistance — has revolutionized parts of medicine, travel and science. Now, an intriguing experiment has seen the same behaviour that underlies superconductivity — but in particles of light. The finding has left physicists wondering how far the comparison might reach.

“This is really exciting work,” says Nick Vamivakas, a quantum physicist at the University of Rochester, New York, who was not involved with the research. “It’s a beautiful connection between light scattering, condensed-matter physics and quantum optics.”

Conventional superconductivity relies on the formation of ‘Cooper pairs’ of electrons, which stabilize each other’s path and allow electricity to flow without resistance. Its discovery led to the development of powerful superconducting magnets, which are now used in medical scanners, particle accelerators, wind turbines and magnetically levitated trains.

Physicists in Brazil have now seen evidence of photons of light forming similar pairs. The process occurs at room temperature when light passes through a range of transparent liquids, including water, although it is very difficult to observe. “Not only is this formation of pairs possible, but it is everywhere,” says André Saraiva, a theoretical physicist at the Federal University of Rio de Janeiro (UFRJ) and co-author of a paper that has been accepted for publication in Physical Review Letters.

The team has yet to explore how far the parallel with superconductivity goes. As photons already interact less with their environment than electrons do, similar pairs in light are unlikely to lead to such dramatic effects as in electric currents. But the work is already triggering speculation about how light ‘supercurrents’ might behave, and how they might be used.

The discovery stems from work led by Ado Jorio at the Federal University of Minas Gerais (UFMG) in Belo Horizonte, Brazil, which investigated how light scatters within materials. When this happens, photons can lose energy to the atoms in the material, which vibrate. If a second photon immediately absorbs this packet of vibrational energy, the two photons become indirectly linked, with one gaining the energy the other lost.

When Jorio described his research to the condensed-matter department at UFRJ, it sparked an idea in physicist Belita Koiller. She noticed the similarity between this process (in which vibrations caused by one photon affect another) and the formation of Cooper pairs in superconductivity, when distortions in an atomic lattice, caused by a speeding electron, allow the particle to attract a partner in its wake.

In both cases, pairs form as a result of movement in the atoms around them. In superconductors, however, the vibrations are of a fleeting kind allowed by quantum mechanics, known as virtual phonons. Koiller and her team wondered: was this true for light as well? 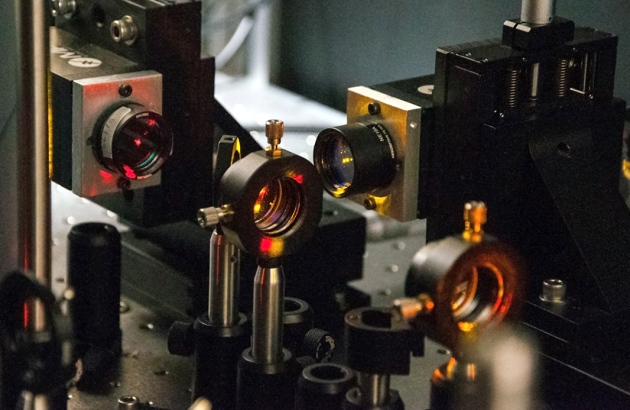 Physicists in Brazil used a filter to capture only photon pairs created by quantum vibrations known as virtual phonons.

First, the UFRJ team showed mathematically that if photons also interact via virtual phonons, their behaviour would be an exact match for Cooper pairs in superconductors. Then the researchers at UFMG looked for evidence of such pairs by shining pulses of laser light at room temperature through water and seven other transparent liquids. They used detectors to examine the emerging photons, searching for pairs that arrived simultaneously, in which one photon had shifted towards red (losing energy) and the other towards blue (gaining energy).

If the arriving pairs were created by virtual phonons, rather than the standard scattering process, the energy shifts of the photons should be too small to come from classically allowed vibrations, so the team applied a filter to let through only this range of energy shifts. They compared the results with the number they saw when both types of energy shifts were allowed.

In both cases, they saw the same rate of photon pairs, suggesting that the pairs had to be created by the virtual process. The signal was tiny: of around 10 quadrillion photons pumped through the material per second, they saw 10 pairs, compared with the 1 pair every 10 seconds that they would have expected to see by chance.

It's an interesting discovery, says Andrea Ferrari, a physicist at the University of Cambridge, UK, although he cautions that the explanation will need to be validated by other groups. “I would say this is not the end, but certainly the beginning.”

The possibility of Cooper-like pairs in light has both quantum optics and condensed matter physicists taking notice, says Saraiva, largely because they want to see how far the analogy with superconductivity can be stretched. In matter, Cooper pairs are behind a wide range of intriguing effects — but so far the team has no data to hint whether the same would apply with light. “These are very important questions we’re keen to answer,” says Saraiva.

If the team can boost the number of photon pairs, there could also be applications. Harnessing the way the paired photons interact with matter might reveal currently invisible properties of a material. And if the particles can be shown to correlate in ways beyond their timing — to have their quantum properties intrinsically linked — room-temperature water could prove a remarkably cheap source of 'entangled' photons, which are essential for quantum cryptography and computing.

Physicists are also wondering whether the pairs might form supercurrents, behaving similarly to their electron counterparts: perhaps light would disperse less as it travels through a material, for example, leading to more efficient quantum communication. Might paired photons even make materials more transparent? At this stage, says Saraiva, we just don't know.

For now, all this is pure speculation. But mapping concepts from condensed-matter physics onto light research has a pedigree of generating useful technologies, says Vamivakas. Photonic crystals, for example, which are used to tailor how photons flow through materials, grew out of insights about how a crystal lattice influences electrons in mattter, he points out. Vamivakas says that when he first heard of the latest work, he asked his students: "Hey, why didn’t we think of this?"

The discovery might not have happened at all if it hadn't involved such a simple experimental set-up. Funding for science in Brazil has been cut by 60% since 2013, leaving many laboratories unable to sustain their equipment. “We were fortunate to come across such a profoundly important phenomenon that does not require special equipment to see,” says Saraiva. “We can’t count on this kind of luck every time."