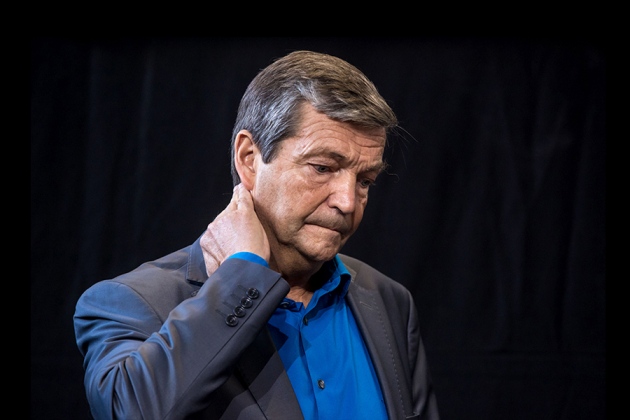 Christian Bréchot has led reform as president of the Pasteur Institute — but has to retire this year.

Scientists at the Pasteur Institute in Paris just don’t give up. Following a string of failed attempts to keep their president Christian Bréchot on after he reaches the mandated retirement age, leading researchers have continued to agitate quietly in his favour — even though the institute’s board of directors has made what seems to be a final decision on the matter and is starting a search for Bréchot’s successor.

Scientists say Bréchot has done a great deal to shake up and modernize the institute — which focuses on biomedical and infectious-diseases research — since he took over as president in 2013. He should be allowed to stay on to continue his reforms when his four-year term finishes in September, they argue. The problem is that Bréchot turns 65 in July, and the Pasteur’s age-limit statutes dictate that he cannot remain as president after reaching retirement age.

The politicking for Bréchot has been going on for months: last June, the Pasteur's general assembly (a kind of governing body that includes scientists) decided to dissolve the Pasteur’s board, after the board indicated that it wouldn’t change the age-limit rules.

A new board was formed, and researchers' campaigning culminated in a vote this January, at which two-thirds of the board voted for a compromise that would have permitted the president’s term to be extended by one or two years. But the support for that proposal — suggested by board chairman Christian Vigouroux — was not enough to save Bréchot, because it did not gain the 75% of the vote needed to change the rules.

Researchers are undaunted. In mid-February, after the vote, about 40 top scientists at the Pasteur signed a letter delivered to Vigouroux that backs his plan, Nature has learned. The signatories include all 11 heads of the Pasteur’s scientific research departments, and all 18 members of the French Academy of Sciences who work at the Pasteur.

But no one who Nature contacted wanted to talk publicly about the last-ditch appeal — because, one researcher said, news of a continuing crisis over the Pasteur’s leadership might tarnish the institute’s image and its fundraising prospects.

On 22 February, more than 1,500 Pasteur Institute staff attended a meeting with Vigouroux, at which he said he could not flout the board’s vote, but that he would not rule out asking for another vote if more board members decided to back his proposal. “Opinions would have to be almost unanimous before I would seek another vote,” he said. “But for the moment, no one who voted against the compromise has told me they have changed their mind.”

“Unless the board acts to extend the director’s term, the matter will be dropped,” says one signatory to the letter who does not want to be named. In his view, researchers are becoming discouraged, and feel that they are losing the fight.

Not everyone praises Bréchot's time in office. On 15 March, the French satirical weekly newspaper Le Canard Enchaîné reported details of an unpublished joint report by three French government inspectorates (audit and consulting bodies) — in finance, social affairs and education — that criticizes Bréchot's tenure. The report, which Nature has also seen, says that Bréchot's organization of the Pasteur “fostered a fragmentation of structures” and “created organizational risk zones” at the institute.

Vigouroux, who says that the Pasteur board will disuss the issue at its next meeting at the end of March, notes that the report pinpoints some “limited dysfunction” in the institute, notably on some areas of spending and in aspects of the Pasteur's risk-management and compliance with safety procedures. (That refers, in particular, to a 2014 episode in which the Pasteur Institute admitted it could not account for the whereabouts of some 2,000 vials containing samples from the 2003 outbreak of the respiratory disease SARS; and also to the unauthorized import of an inactivated form of the virus that causes Middle East respiratory syndrome (MERS) on a flight from Korea to the Pasteur in 2015.)

Bréchot says that it is normal for such a report to contain criticisms, and that the Pasteur Institute has already started to implement some of its recommendations. “People have suggested that the report has been leaked to make sure there are no fresh attempts to keep me on,” he says.

A spokesperson for the social-affairs inspectorate declined to comment on when, or if, the report would be published.