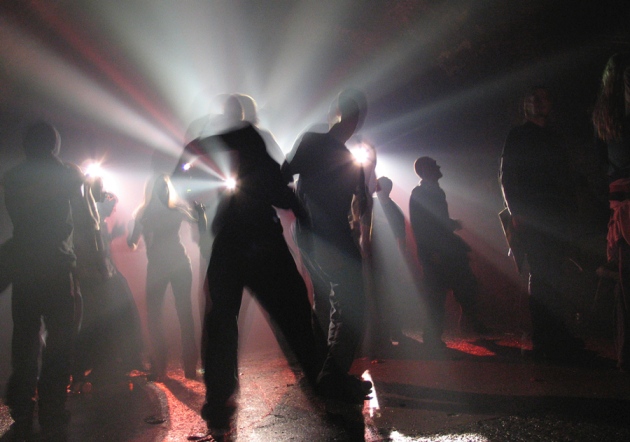 In dance clubs, the drug ketamine is popular for its mood-altering ability.

The anaesthetic ketamine — a hallucinogenic club drug also known as Special K — has tantalized researchers who are seeking new ways to treat depression. The drug can lift a person’s mood in hours, even when depression is severe. But several ‘ketamine-like’ medications have failed to alleviate depression in clinical trials over the past decade.

Now, some researchers think they know why. Emerging evidence suggests that scientists have misunderstood how ketamine fights depression. So they might have attempted to mimic the wrong biological mechanism when designing drugs to improve mood while avoiding the disorienting ketamine high.

On 20 May, researchers at a meeting of the Society of Biological Psychiatry in San Diego, California, will present results suggesting that some of ketamine’s power comes from its ability to affect brain cells called glia, which support neurons. Their finding adds to recent studies contradicting a long-held idea that the drug works mainly by blocking proteins called NMDA receptors, on the surface of brain cells, which transmit signals between those cells.

At the upcoming meeting, a team led by neuroscientist Mark Rasenick of the University of Illinois at Chicago will report on tests of antidepressant drugs in cultured rat glial cells. All of the drugs that the researchers studied caused a cluster of proteins to shift position in the glial cells’ membranes, signalling to the cells to form new connections with their neighbours. But ketamine produced this effect in 15 minutes, as compared to 3 days for conventional antidepressants.

Moreover, drugs that block NMDA receptors but are not antidepressants did not show the effect at all. This suggests that ketamine’s ability to bind to NMDA receptors might not be its primary weapon against depression.

Rasenick’s team is not the first to suggest a different target for ketamine. A paper published in Nature in May 2016 concluded that one of ketamine’s breakdown products — not the drug itself — probably lifted depression in mice1. And this compound affected cell proteins called AMPA receptors, instead of NMDA receptors.

The team behind the study plans to test the breakdown product in clinical trials later this year. But study co-author Carlos Zarate, a psychiatrist at the US National Institute of Mental Health in Bethesda, Maryland, says that it is too early to abandon the NMDA-receptor hypothesis, and more data are needed.

Others agree. “We have to be careful not to interpret [the latest] clinical findings as definitively negative,” says Gerard Sanacora, a psychiatrist at Yale University in New Haven, Connecticut. Rodent studies have shown, for example, that blocking NMDA receptors can have an antidepressant effect2.

And there could be more-prosaic explanations for why so many ketamine-like drugs that target NMDA receptors — including candidates from the drug giants Roche, Pfizer and AstraZeneca — have failed in clinical trials. Participants might have received doses that were too small or infrequent to buoy their moods. And in trials with control groups, the placebo effect can make it difficult to determine whether a psychiatric drug is working.

Creating an effective substitute for ketamine remains the goal for many researchers. Although a growing number of physicians prescribe ketamine for their patients, the drug must be administered intravenously. It can also produce disorienting ‘out of body’ feelings, and it has the potential for abuse.

The companies that are still testing drugs to inhibit NMDA receptors are trying to make sense of the latest findings on ketamine and its would-be imitators. “We do need to tease all this apart,” says David Nicholson, chief research-and-development officer at Allergan in Parsippany, New Jersey. In February, Allergan began treating around 500 people with a molecule called rapastinel, which binds to NMDA receptors and showed promising results in earlier trials.

Yet, the most enduring mystery involves ketamine itself, as researchers try to untangle what makes the drug so potent. Alan Schatzberg, a psychiatrist at Stanford University in California suspects that ketamine could act against depression in many ways: jump-starting the process by some as-yet-unknown mechanism, perhaps, and then blocking NMDA receptors to permanently rewire the brain.

Schatzberg also points out that ketamine can act similarly to morphine and rapidly bind to opioid receptors in the brain, which could explain why its effects are apparent within hours. And some studies have found that people with depression are more likely to benefit from ketamine if they do experience that out-of-body feeling, suggesting that it might be related to the drug’s main mechanism3.

In the meantime, the hunt continues for drugs that can replicate ketamine’s mood-boosting power. That could be difficult, says Steven Levine, a psychiatrist and president of Ketamine Treatment Centers in New York City. “Ketamine is a dirty, dirty drug,” he says. “It goes a lot of places, it does a lot of things.”