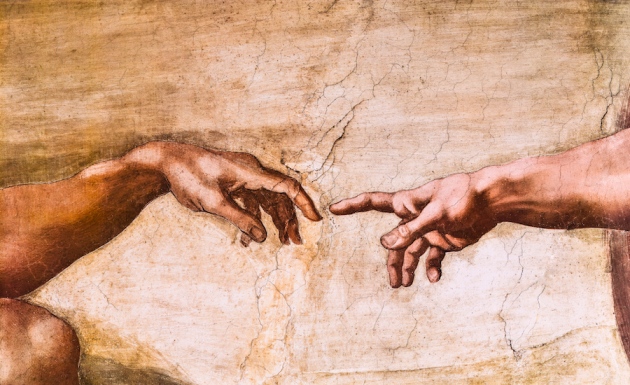 Was the human hand designed by a Creator? A paper in PLoS ONE seems to suggest it.

Researchers who wrote “design by the Creator” in a paper about the function of the human hand have triggered a debate over the quality of editing and peer review at the journal that published it — and ultimately retracted it.

The paper by Cai-Hua Xiong of Huazhong University of Science and Technology in Wuhan, China, and his co-authors appeared in the journal PLoS ONE on 5 January1. But it came to prominence this week after its apparently creationist slant was flagged on Twitter, spawning the hashtags #Creatorgate and #HandofGod.

James McInerney, who works on computational molecular evolution at the University of Manchester, UK, started the ball rolling when he tweeted:

Plos One is now a joke. "....proper design of the Creator" absolute joke of a journal https://t.co/AJexYjewoo

McInerney later provided a caveat, saying: “My original tweet was strong because creationism is a nuisance to me for 20+ years.”

The paper's authors asked volunteers to perform a variety of tasks with their hands, and the researchers concluded that “our study can improve the understanding of the human hand and confirm that the mechanical architecture is the proper design by the Creator for dexterous performance of numerous functions following the evolutionary remodeling of the ancestral hand for millions of years”. It also includes the sentence, “Hand coordination should indicate the mystery of the Creator’s invention”.

When contacted by Nature, Xiong said that he was discussing the issues raised with his co-authors and would respond as soon as possible. He added, “Indeed, we are not native speakers of English, and entirely lost the connotations of some words such as ‘Creator’. I am so sorry for that.”

Other commenters expressed amazement that the paper had made it past peer review, and jokingly added that it should have included a citation to an appropriate deity.

“There’s nothing wrong with the data that I can see, but the authors do make a surprising leap in the abstract and conclusion,” wrote biologist P. Z. Myers on his popular atheism and science blog Pharyngula.

Others used the paper to discuss broader issues of journal quality, many responding to McInernery’s ‘joke’ comment about PLoS ONE. Some argued that it showed the importance and growing role of post-publication peer review, whereas others continued to criticize or defend the actions of the publisher.

In online comments under the paper, various people who referred to themselves as PLOS editors expressed dismay that the paper had been published and threatened action, including resignations, if it was not retracted. Others said that the paper showed that peer-review standards at the journal were too low. (PLoS ONE accepts papers if reviewers find the science technically sound; it does not review for a paper’s importance or impact).

Enrico Petretto, a genomics researcher at Imperial College London, wrote: “This is outrageous. If PLOS ONE does not do something about it, i.e., ask the authors to retract the paper, and in any case, if the paper isn’t retracted, my students, collaborators and I will have no choice but to refrain from considering (i.e., reading, reviewing and citing) papers published in PLOS ONE.”

But others defended PLOS, pointing out other high-profile papers that had been published after peer review and had since been found to be problematic, including ‘arsenic life’ in Science and ‘the memory of water’ in Nature.

Marc Robinson-Rechavi, an evolutionary biologist at the University of Lausanne in Switzerland, responded to McInernery’s tweet by saying “calling a journal which tries to publish honest reproducible science without concern for “impact” a joke is unjustified”.

He told Nature “I do agree with more or less everyone that it is inappropriate to mention the creator with a capital C in the paper.”

But, says Robinson-Rechavi, who is an academic editor at PLoS ONE, journals that publish many papers inevitably make mistakes: “no human process is error free”. What matters now is how PLOS responds to this error, he says.

After the social-media storm, PLOS issued an initial statement to the media saying “PLOS has just been made aware of this issue and we are looking into it in depth. Our internal editors are reviewing the manuscript and will decide what course of action to take. The PLOS publishing team is also assessing its processes.”

Later, on 2 March, the journal added an online statement to the paper: “A number of readers have concerns about sentences in the article that make references to a ‘Creator’. The PLOS ONE editors apologize that this language was not addressed internally or by the Academic Editor during the evaluation of the manuscript. We are looking into the concerns raised about the article with priority and will take steps to correct the published record.”

People are freaking out about the #HandOfGod as if there weren't millions of publications with equally tenuous introductions & discussions.

On 3 March, the journal added in a further online statement that it would be retracting the article: "We have completed an evaluation of the history of the submission and received advice from two experts in our editorial board. Our internal review and the advice we have received have confirmed the concerns about the article and revealed that the peer review process did not adequately evaluate several aspects of the work.

In light of the concerns identified, the PLOS ONE editors have decided to retract the article, the retraction is being processed and will be posted as soon as possible. We apologize for the errors and oversight leading to the publication of this paper."

This article has been updated to add details on PLoS ONE's decision to retract the research paper under debate.