The publication of a paper denying the link between HIV and AIDS1 in an Italian anatomy journal has prompted a member of its editorial board to resign in protest.

Klaudia Brix, a cell biologist at Jacobs University in Bremen, Germany, says that she tendered her resignation from the board of the Italian Journal of Anatomy and Embryology (IJAE) because she felt that it was important for a journal to function within its scientific "scope". 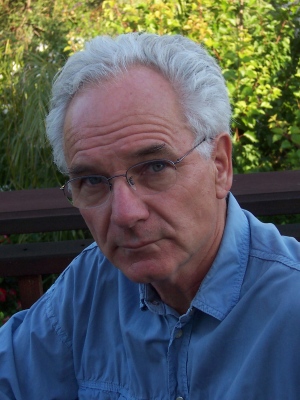 Others on the 13-member board have also raised concerns. Hanne Mikkelsen, associate professor of molecular medicine at the University of Copenhagen, Denmark, says that she too is considering resigning her position.

Another board member, Laurentiu Popescu, a professor of cellular and molecular medicine at the Carol Davila University of Medicine and Pharmacy in Bucharest, Romania, says that he would have handled the paper differently, but that he will not be resigning.

The IJAE ­— the official publication of the Italian Society of Anatomy and Histology — published the controversial paper in December after examination by just two peer reviewers, one of them the journal's editor-in-chief, Paolo Romagnoli, an expert in cell anatomy at the University of Florence, Italy. Popescu says he personally would have used more reviewers. “Only one [external] reviewer in my mind is not enough for manuscripts of a sensitive nature,” he says.

The president, Eugenio Gaudio, and secretary, Gigliola Sica, of the Italian Society of Anatomy and Histology say that the responsibility for selecting manuscripts, referees and deciding what to publish belonged to the journal's editor.

The paper’s lead author, Peter Duesberg of the University of California, Berkeley, is well known for denying the link between HIV and AIDS, and six of the paper's nine authors, including Duesberg, are on the board of Rethinking AIDS, a voluntary group campaigning for “scientific reappraisal of the HIV–AIDS hypothesis”.

The paper is a reworked version of one published in the journal Medical Hypotheses in 2009, which at that time did not use peer review. Following a storm of protest, publisher Elsevier sent the paper to five external reviewers, and it was unanimously rejected. Elsevier permanently withdrew the paper on grounds of quality and concern for public heath2.

This version, like the original, attempts to challenge estimates of HIV–AIDS death-tolls in South Africa put forward in a study3 led by AIDS epidemiologist Max Essex of the Harvard School of Public Health in Boston, Massachusetts, and questions the effectiveness of antiretroviral (ARV) drugs. “There is no evidence for a new fatal HIV-AIDS epidemic in Africa,” write the authors. “We deduce…that HIV is not a new killer virus,” they add, and propose a “reevaluation of the HIV–AIDS hypothesis”.

But AIDS researchers consulted by Nature say that the new paper uses the same arguments and data as the original version. Both papers, in their view, use flawed methods and selective evidence, they say. Given the body of available evidence, it is “ridiculous” to deny the link between HIV and AIDS, says Essex.

The previous referee reports — obtained by Nature — apply to the new paper “in almost their entirety”, at least as far as the demographic anaylsis is concerned says Ian Timaeus, a professor of demography at the London School of Hygiene and Tropical Medicine, who studies the impact of the HIV–AIDS epidemic in South Africa.

One problem that remains unaddressed in the new paper, says Timaeus, is the use of estimates of AIDS deaths in South Africa based on cause-of-death data, which are notoriously unreliable. Another is the claim that South Africa's population is increasing, so large numbers of people cannot be dying of HIV–AIDS, an argument a previous reviewer described as “completely fatuous”. There is no reason why South Africa's population can't grow in the presence of AIDS given, for example, its moderately high birth rate and fairly low infant and child mortality from other causes, Timaeus says.

The paper's authors also completely ignore a raft of data demonstrating the effectiveness of ARVs, says Luis Montaner, an expert in immune-system dysfunction associated with HIV at the Wistar Institute in Philadelphia, Pennsylvania. Duesberg maintains the paper is based on evidence and facts.

Montaner says that he was “surprised” to see the paper in an anatomy and embryology journal, as it contains no direct data such as figures or tables relating to the toxicity of ARVs that might bear on development, anatomy or embryology. “In my opinion, [this paper] is speaking to epidemiologists,” he says.

The IJAE has previously published two other papers questioning or denying accepted features of HIV–AIDS, also authored by members of the Rethinking AIDS group, including one, Marco Ruggiero, a molecular biologist at the University of Florence, who is a co-author on the latest paper4, 5.

Romagnoli defends the journal's decision to publish the paper, saying that two reviewers are considered sufficient unless they give contradictory indications. He insists that the paper is inside the journal's remit because it deals with “issues related to the biology of pregnancy and prenatal development and with the tissues of the immune system”.

Reviewers were chosen on the basis of “scientific competence” and “impartiality of judgement”, Romagnoli says, adding that he avoided picking anyone who would reflexively reject a paper because it challenged conventional thinking.

Montaner, himself the editor-in-chief of the Journal of Leukocyte Biology, says that a journal's editors are free to make their own judgements, but given the history of the paper and the nature of its claims, he would have expected more scrutiny. He adds that the episode highlights how the scientific community needs to develop common criteria for what counts as acceptable peer review. “All peer review is not equal,” he says. “This case illustrates why we need a better definition of what peer review is.”

Nature has learned that Heather Young, an anatomy and neuroscience researcher at the University of Melbourne, in Australia, has also resigned from the IJAE editorial board.