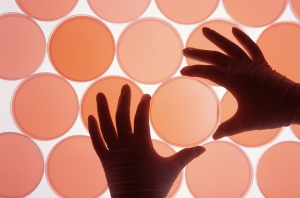 The 'National Science, Technology and Innovation Policy–2012', launched last month (23 November) with support from the Pakistan Council for Science and Technology and the ministry of science and technology, is expected to help Pakistan emerge as a scientifically sensitive nation.

Describing the policy, at the launch, as "demand-driven and people-centric ", Changez Khan Jamali, federal minister for science and technology, said it was a milestone in Pakistan's self-reliant development strategy.

Jamali said the new policy was focused on improving the quality of life for common people through the creation of a conducive industrial and economic environment.

Pakistan has an ambitious plan to increase its science budget to 1 and 2 per cent of annual gross domestic product spending by 2015 and 2020 respectively, against the present 0.6 per cent.

Akhlaq Ahmed Tarar, secretary in the ministry, told SciDev.Net that he looked forward to "having close to 1 per cent allocation in the 2013 budget."

"The only fuel to make this policy a success is real political and fiscal support, which government is committed to provide – so there are hopes for an innovative and technologically advanced future for Pakistan," Tarar said.

A national policy for ST&I has been in the making since 1960 when the National Science Commission of Pakistan was constituted and tasked with finding ways to promote scientific research.

However, various hurdles stood in the way, the chief among them in more recent years being funding cuts forced by the recession and natural disasters.

It recognises innovation as an integral part of the S&T system while emphasising development of human resources, training and education.

Manzoor Soomro, chairman of the Pakistan Science Foundation, an autonomous body under the science ministry, told SciDev.Net that to make the new policy serve the country's socio-economic development better, public-private partnerships and academia-industry linkages would need to be forged.

"Higher Education Commission and the well-developed offices of research, innovation and commercialisation that already maintain R&D links with different public-private organisations, would be the beneficiaries of this policy," Soomro said.