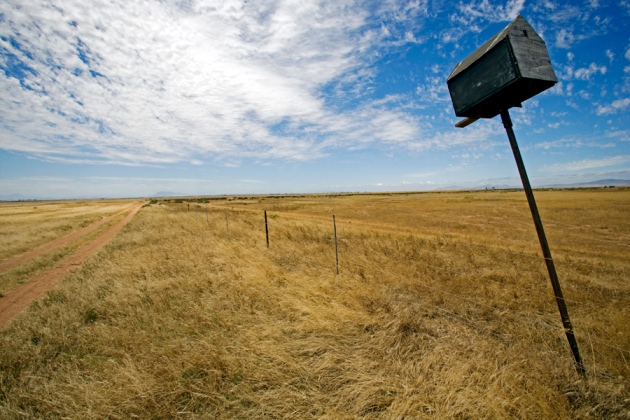 The climatic effects of the hole in the ozone layer above Antarctica appear to have made summers warmer in southern Africa.

Ozone loss over the South Pole might be the reason for a two-decade rise in early summer temperatures across southern Africa, according to research published today in Nature Geoscience1.

Desmond Manatsa, a climate scientist at Bindura University of Science in Zimbabwe, and colleagues analysed data sets of southern African climate from 1979 to 2010, covering the years before and after the development of the ozone hole over the Antarctic. They found that the size of the ozone hole seemed to influence wind patterns and triggered an upward shift in early summer temperatures.

Manatsa had been puzzled by the abrupt and seasonal increase in surface air temperatures in southern Africa. “The temperatures were actually significantly higher than those of other seasons and the rising assumed a shift rather than a slow and gradual manner,” he says. The warming did not match what he expected to see from greenhouse-gas emissions.

Studies by others have previously shown that the Antarctic ozone hole has changed surface climates over the Antarctic and the Southern Ocean, as well as New Zealand, Patagonia and southern Australia2. Manatsa shows that the climate effects of the ozone hole reach even farther.

“The ozone hole is a dominant feature in the Southern Hemisphere,” says Ted Shepherd, an atmospheric scientist at the University of Reading, UK. “Originally we thought that the effects were limited to middle or higher latitudes, but it’s increasingly clear that it is the lower latitudes as well.”

The size of the ozone hole fluctuates throughout the year, growing largest over the Antarctic in the Southern Hemisphere’s spring and causing the polar stratosphere to cool. This cooling shifts the belt of strong westerly winds that circle the Antarctic closer to the pole, changing adjacent pressure systems.

The Antarctic ozone hole has also increased the frequency and intensity of summer rainfall in the subtropical regions in the Southern Hemisphere3, 4, including the southern Indian Ocean and eastern Australia.

Anthropogenic chemicals known as chlorofluorocarbons released from aerosol spray cans, refrigerators and air conditioners have broken down some of the ozone in the stratosphere. The 1987 Montreal Protocol banned the release of these ozone-depleting substances in an attempt to reduce ozone thinning. Atmospheric monitoring shows that the ozone hole, which reached its greatest extent — 28.5 million square kilometres — in 2006, is shrinking, and several studies suggest that it might disappear by 2065.

If that occurs, summer temperatures in southern Africa might cool. “It is my belief that [the] long-term forecasts for the region, not only for surface air temperature but also for the summer rainfall, may need some revisiting,” says Manatsa.