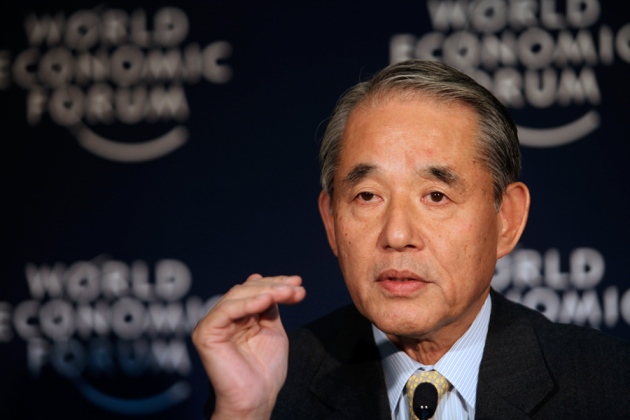 Many people admire the US National Institutes of Health (NIH) as a model of how biomedical research should be funded. Japanese Prime Minister Shinzo Abe has taken that admiration a step further than most, with a plan to copy the NIH’s structure. Much of the government’s ¥320 billion (US$3 billion) in biological and biomedical research spending could come under the control of an institute that is set to start taking shape over the summer.

The plan, which came to light in mid-June with the publication of two government strategies, one on economic growth and one on health care, would mimic the centralized control of the NIH by consolidating management of research money for a range of research institutes (see ‘All for one?’). But the plan also includes a goal to boost clinical applications, and many of the country’s life-sciences societies fear that the institute would not emulate the part of the NIH that they most admire: its commitment to basic research.

“I feel at odds with the concept,” says Noriko Osumi, a neuroscientist at Tohoku University in Sendai and president of the Molecular Biology Society of Japan. “It lacks respect for scientists’ free-minded creativity, which is the foundation of the country’s scientific strength.”

The idea of a Japanese NIH had been under discussion for at least a decade before being backed by Abe. One of its champions is Yasuchika Hasegawa, chief executive of the Osaka-based Takeda Pharmaceutical Company — Japan’s largest drug company — who sees inefficiencies in how Japan’s biomedical-research cash is currently managed. Three ministries independently allocate research funds with little coordination, says Hasegawa. He has complained publicly that “walls between ministries” have hampered the translation of basic research into therapies.

“In other countries there are organizations that bridge the gap between academia and industry,” Hasegawa noted at a press conference of the Japan Association of Corporate Executives in Tokyo last November. “But it has yet to happen in Japan.”

According to the economic-growth strategy, only two regenerative medicine products had been approved in Japan by December 2012, compared with nine in the United States and 14 in South Korea. Ryuichi Morishita, a gene-therapy specialist at Osaka University and one of the government’s advisers on the proposals for the Japanese version of the NIH, agrees that the country needs more research translation. “Thanks to powerful political leadership, Japan is finally about to break the walls, a feat that has been attempted many times in the past but always ended in vain,” he says.

But the government’s plans came under fire from researchers before they had even been published. Days before the two strategies were approved by the cabinet, seven major life-science societies issued an emergency statement, calling for basic research to be supported. The next day, a further 54 bioscience associations warned that cuts to Grant-in-Aid for Scientific Research, Japan’s main competitive funding stream for curiosity-driven research, would damage the country’s ability to nurture the next generation of researchers.

Officials have since sought to allay these fears. “We are aiming to produce novel drugs, medical technologies and therapies,” says Shin Okuno, director of the Office of Healthcare Policy, the government body charged with implementing the health-care strategy. “But it doesn’t mean we don’t understand the importance of basic science.”

The strategies say that implementation of the proposal could start by the end of August, when the government will establish an internal administrative office to flesh out details such as the organization and budget of the body. Parliament is expected to pass a bill to establish the institute next year, allowing a launch as soon as 2015.

To avoid starting from scratch, one of Japan’s existing medical-research institutes is likely to be turned into the main coordinating agency, with other institutes under its control. The Japanese NIH’s top priority will be cancer research, but the institute will also focus on areas such as regenerative medicine, dementia, next-generation vaccines and diseases such as athero­sclerosis.

The speed with which plans are moving has worried many senior researchers. Tetsuo Noda, president of the Japanese Cancer Association in Tokyo, largely agrees with the idea of centralizing the budget for research on human health and diseases, but warns that scientists have not been widely consulted. “It was a bit of a hasty move,” he says. “There’s a top-down approach, with government officials working on a vague concept. That won’t lead to an excellent medical-research system.”