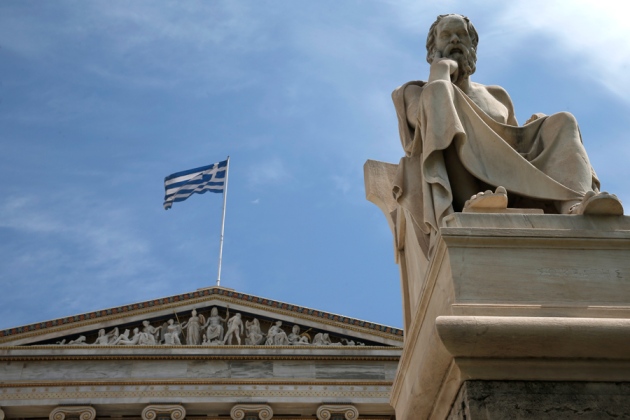 A decree passed by Greece’s parliament that forces universities and research centres to lend their cash reserves to the government is causing confusion and protest in academia. Tensions are also rising over a government reform bill that would reverse some of the changes brought in three years ago to make Greek research institutions internationally competitive.

Under an order passed on 24 April, all organizations within the public sector — which includes 24 universities and eleven research centres — have to transfer their accounts to Greece's central bank. The country's near-bankrupt government intends to use the money to help pay its international creditors.

Greek universities are not flush with cash: since the financial crisis of 2011, they have faced drastic cuts to administrative-support funding, and scientists have seen budgets and salaries dwindle. But institutions survived thanks to their research funds and cash reserves, says Euripides Stephanou, rector of the University of Crete in Heraklion. “The decree will put us in a very difficult financial situation,” he adds.

The government is not confiscating research money, says Costas Fotakis, the Greek research minister in the government led by the left-wing Syriza party. The decree means that public research organizations would have to deposit their money with the Bank of Greece, which offers a higher interest rate than do private banks, he says.  European Union (EU) research grants and structural funds obtained from Brussels will be exempted.

“This is an interim measure taken in order to address the cash-flow problems encountered in the course of the negotiations over Greek debts,” he says. “We do hope that a fair agreement in these ongoing negotiations will be reached by the end of June, and then this measure will be waived.”

But at a 25 April meeting with Fotakis in Crete, many university rectors said that they would not transfer money until the government had clarified which budgets will be affected. A university official who asked not to be named says that there is a fear that the government may try to borrow money that universities need to meet current contractual obligations.

“The situation here is in flux and changes from day to day,” the official says. “We have no idea yet what exactly the government wants from us and we won’t pay anything until we’ve received written clarifications.”

The concerns are disproportionate, says Fotakis. “Only reserves which are not going to be used in the immediate future are affected,” he says. “If required, research organizations will have access to unlimited emergency funding with a two-day notice.”

A controversial bill on science and education that the government passed around for discussion on 17 April and formally announced eight days later is sowing further resentment. The government says that the bill aims to reduce red tape in science and to facilitate the use of EU structural funds for research purposes. But the legislation would re-introduce systems that were severed in 2011–12 to depoliticize Greece’s universities and bring them into line with European norms.

Under the changes — or reversions — students would be given back rights to participate in all academic bodies and vote for department chairs, deans and rectors. They would also be allowed an indefinite amount of time to complete courses. If the proposed law passes in parliament, as expected, rectors would need to resign within one year and then elections using new procedures would be held. The bill would also reinstitute rules that are supposed to protect academics' rights to freely pursue their studies and express their ideas. These "academic asylum" rules were abolished in 2011 because of a perception that they had been abused, and had smoothed the way for violent political protests on campuses.

Most Greek students, many of whom have become politically radicalized as a result of the recent financial crisis, welcome the proposed reforms. But some scientists warn that the law will isolate Greek universities from the rest of the world, and that it threatens to politicize university life more than is good for science and education.

Greek science and education policies are too doctrinaire and erratic, and tend to ignore the international higher-education environment, says Stephanou. “The problem is that each minister of education wants to change the existing law without taking into consideration what was good and what was bad,” he says. “One government’s doctrine is replaced by that of the next government without ever listening to the opinion of the academic community.”

Costas Synolakis, a tsunami expert at the Technical University of Crete in Chania, agrees. “If the law passes as proposed, Greek education will go back 30 years, and another few generations of students will be lost for Greece,” he says.