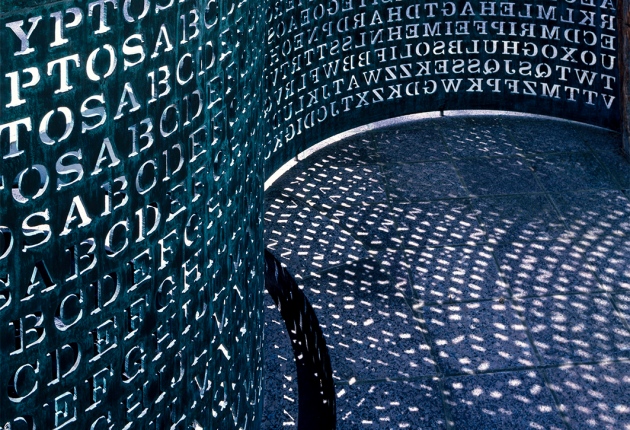 It is an inevitability that cryptographers dread: the arrival of powerful quantum computers that can break the security of the Internet. Although these devices are thought to be a decade or more away, researchers are adamant that preparations must begin now.

Computer-security specialists are meeting in Germany this week to discuss quantum-resistant replacements for today’s cryptographic systems — the protocols used to scramble and protect private information as it traverses the web and other digital networks. Although today’s hackers can, and often do, steal private information by guessing passwords, impersonating authorized users or installing malicious software on computer networks, existing computers are unable to crack standard forms of encryption used to send sensitive data over the Internet.

“I’m genuinely worried we’re not going to be ready in time,” says Michele Mosca, co-founder of the Institute for Quantum Computing (IQC) at the University of Waterloo in Canada and chief executive of evolutionQ, a cyber-security consulting company.

It will take years for governments and industry to settle on quantum-safe replacements for today’s encryption methods. Any proposed replacement — even if it seems impregnable at first — must withstand multitudes of real and theoretical challenges before it is considered reliable enough to protect the transfer of intellectual property, financial data and state secrets.

“To trust a cryptosystem, you need a lot of people to scrutinize it and try to devise attacks on it and see if it has any flaws,” says Stephen Jordan, a physicist at the US National Institute of Standards and Technology (NIST) in Gaithersburg, Maryland. “That takes a long time.”

This week’s workshop, held at the Schloss Dagstuhl–Leibniz Center for Informatics in Wadern, is one of several this year bringing together cryptographers, physicists and mathematicians to evaluate and develop cryptographic tools that are less vulnerable to quantum computers. NIST hosted its own workshop in April, and the IQC will team up with the European Telecommunications Standards Institute for another, in early October in Seoul.

Intelligence agencies have also taken notice. On 11 August, the US National Security Agency (NSA) revealed its intention to transition to quantum-resistant protocols when it released security recommendations to its vendors and clients. And in a memo posted on its website earlier this year, the Dutch General Intelligence and Security Service singled out a looming threat that adds even more urgency to the need for quantum-safe encryption. In a scenario it calls ‘intercept now, decrypt later’, a nefarious attacker could start intercepting and storing financial transactions, personal e-mails and other sensitive encrypted traffic and then unscramble it all once a quantum computer becomes available. “I wouldn’t be at all surprised if people are doing that,” says Jordan.

As far back as 1994, mathematician Peter Shor showed that a quantum computer would be able to quickly foil ‘RSA encryption’, one of the major safeguards used today (P. W. Shor Preprint available at http://arxiv.org/abs/quant-ph/9508027v2; 1995). At the time, it was not clear whether such a machine would ever be built, says Mosca, because researchers assumed that it would need to operate flawlessly. But a theoretical discovery in 1996 showed that up to a limit, a quantum computer with some flaws could be just as effective as a perfect one.

Published experiments with small quantum devices are starting to approach this faultiness threshold, notes Mosca. And because secretive organizations such as the NSA are keenly interested in the technology, it is widely assumed that these published results do not represent the cutting edge of research. “We have to assume there’s going to be people that are a few years ahead of what’s available in the public literature,” says Mosca. “You can’t wait for the headlines in The New York Times to have your plan in place.”

The safety of today’s Internet traffic relies in part on a type of encryption called public-key cryptography — which includes RSA — to establish secret communication between users. A sender uses a freely available digital key to lock a message, which can be unlocked only with a secret key held by the recipient. The security of RSA depends on the difficulty of breaking up a large number into its prime factors, which serve as its secret key. In general, the larger the number, the harder this problem is to solve.

Researchers believe that it takes existing computers a long time to factorize big numbers, partly because no one has yet discovered how to do it quickly. But quantum computers could factorize a large number exponentially faster than any conventional computer, and this nullifies RSA’s reliance on factoring being difficult.

Several options already exist for new public-key cryptosystems. These replace the factoring problem with other difficult mathematics problems that are not expected to yield to quantum computers. Although these systems are not perfectly safe, researchers think that they are secure enough to protect secrets from quantum computers for all practical purposes.

A second option, known as McEliece encryption, hides a message by first representing it as the solution to a simple linear algebra problem. The public key transforms the simple problem into one that seems much more difficult. But only someone who knows how to undo this transformation — that is, who has the private key — can read the secret message.

One drawback of these replacements is that they require up to 1,000 times more memory to store public keys than existing methods, although some lattice-based systems have keys not much bigger than those used by RSA. But both methods encrypt and decrypt data faster than today’s systems, because they rely on simple multiplication and addition, whereas RSA uses more-complex arithmetic.

PQCRYPTO, a European consortium of quantum-cryptography researchers in academia and industry, released a preliminary report on 7 September recommending cryptographic techniques that are resistant to quantum computers (see go.nature.com/5kellc). It favoured the McEliece system, which has resisted attacks since 1978, for public-key cryptography. Tanja Lange, head of the €3.9-million (US$4.3-million) project, favours the safest possible choices for early adopters. “Sizes and speed will improve during the project,” she says, “but anybody switching over now will get the best security.”