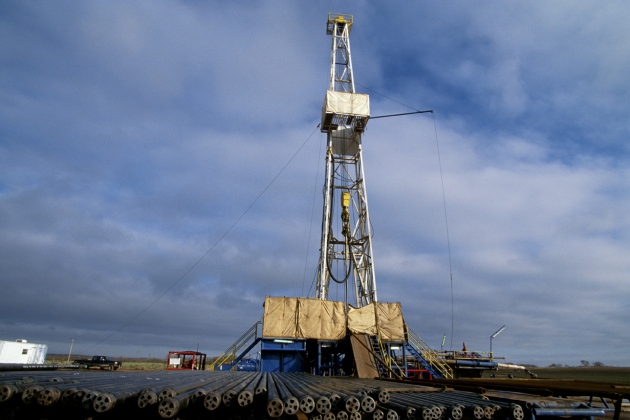 Since 2006, a series of earthquakes has rattled Snyder, Texas, which lies in the oil-rich Permian Basin.

First came reports of earthquakes caused by hydraulic fracturing and the reinjection of water during oil and gas operations. Now US scientists are reporting tremors may have been caused by the injection of carbon dioxide during oil production.

The evidence centres on a sudden burst of seismic activity around an old oil field in the Permian Basin in northwest Texas. From 2006 to 2011, after more than two decades without any earthquakes, seismometers in the region registered 38 tremors, including 18 larger quakes ranging from magnitude 3 to 4.4, scientists report today in the Proceedings of the National Academy of Sciences1. The tremors began just two years after injections of significant volumes of CO2 began at the site, in an effort to boost oil production.

“Although you can never prove that correlation is equal to causation, certainly the most plausible explanation is that [the tremors] are related to the gas injection,” says Cliff Frohlich, a seismologist at the University of Texas Institute for Geophysics in Austin, who co-authored the study.

The earthquakes have rattled residents in the nearby town of Snyder and spurred questions about the link to oil and gas activity in the region, but the University of Texas researchers are the first to provide a detailed analysis of the situation. In addition to information from the main seismic array managed by the US Geological Survey, the researchers had access to more detailed data from the EarthScope USArray, a grid of moveable seismometers that has been sweeping across the country since 2004.

The number of USArray seismometers in Texas peaked between 2009 and 2011, when some 80 instruments were operating there, compared to the usual six. As a result, the researchers were able to identify precise locations for 93 earthquakes between March 2009 and December 2010.

“Any time you are putting material into the ground, particularly under pressure, you are going to have the potential to break rock,” says Robert Balch, a geophysicist at the New Mexico Institute of Mining and Technology in Socorro. Nonetheless, Balch says, evidence of such earthquakes at one site in Texas is not likely to force a broader re-evaluation of the practice of injecting CO2.

The data suggest that there is a previously unidentified fault running through the area, and that the CO2 injections effectively lubricate that fault, enabling slippage. (Scientists documented a series of earthquakes in the area from 1975 through 1982, but those tremors were linked to water injections, also intended to boost oil production.)

Although the oil companies may have more detailed geologic data, Frohlich says that there isn’t enough publicly available geological information to determine exactly what is happening. “In most places either you don’t have information, or a lot of the information is proprietary,” he says. Nor is it clear why nearby oil fields that have also been injected with CO2 have not experienced similar seismic activity.

Mark Zoback, a geophysicist at Stanford University in California, says that the paper highlights the inevitable dangers of injecting CO2 into the ground, whether the purpose is to increase oil production or to bury fossil-fuel emissions to limit their effect on the climate. Zoback co-authored a 2012 study2 suggesting that injecting CO2 into saline aquifers — one proposed method for large-scale storage of the gas — could destabilize undetected faults; the result could be earthquakes that are large enough to allow the stored CO2 to leak out. Longer term, he says, the bigger danger for CO2 sequestration is not the shaking of the ground but the integrity of the reservoir that is intended to hold the gas in place.

“We just have to be proactive,” Zoback says. “We have to collect the data that we need to prevent this from happening, and then once we begin operations we have to do the monitoring.”