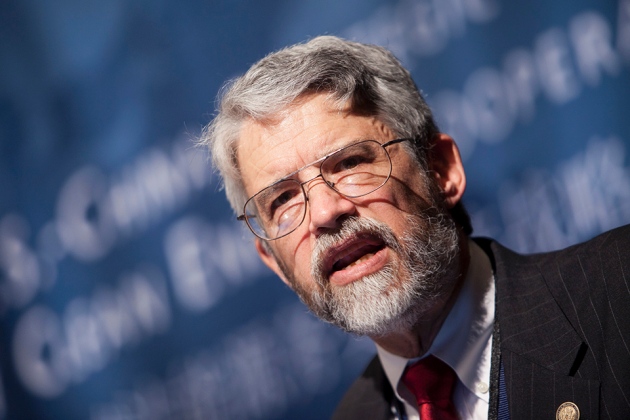 Holdren, who served nearly eight years under President Barack Obama, told Nature on 30 January that the ban is “perverse”, “an abomination, and a terrible, terrible idea”. The executive order enacted on 27 January will not increase the country’s security, he adds, and may damage it by sending an offensive message to Muslims, who make up almost one-quarter of the world’s population.

The ban has inspired shock, fear and confusion among researchers in the United States and around the world. It prevents refugees from entering the country for 120 days, and bars those from Syria indefinitely. Citizens from Iran, Iraq, Libya, Somalia, Sudan, Syria and Yemen are banned for 90 days.

The US government has offered conflicting interpretations about how the policy applies to people from the seven countries who hold visas allowing them to live, work or study in the United States. The White House now says that people with the permanent-resident visas called green cards will be evaluated on a case-by-case basis if they seek to enter the country.

However, many researchers told Nature that airlines have erred on the side of caution, and have decided not to allow anyone with passports from these countries to board connecting flights to the United States because of uncertainty about the changing rules.

Trump defended the ban in a statement issued on 29 January. “This is not about religion — this is about terror and keeping our country safe,” he said.

But Holdren says that Trump’s immigration stance could begin to undermine the international science ties that Obama sought to build during his eight years in office — and, in doing so, could make the world less safe. Such relationships also aid the United States, he argues, by helping other nations to improve their ability to respond to global emergencies such as pandemics.

“Our scientific collaborations with China mean we get notice on influenza outbreaks immediately so that we can develop vaccines to target the right strain of the virus months ahead of time,” Holdren says.

Holdren is also shaken by reports that government science agencies have instructed their employees not to talk to Congress or to the press. In at least some cases, those orders have reportedly come from high-ranking civil servants at the science agencies, rather than from the White House itself.

“During a transition, there is a tendency to want to get the new teams up to speed before they communicate to the press, but what has happened so far is beyond what is normal for transitions,” Holdren says. “I suspect that the combination of swiftness and comprehensiveness of the Trump team’s restrictions may well be unprecedented.”