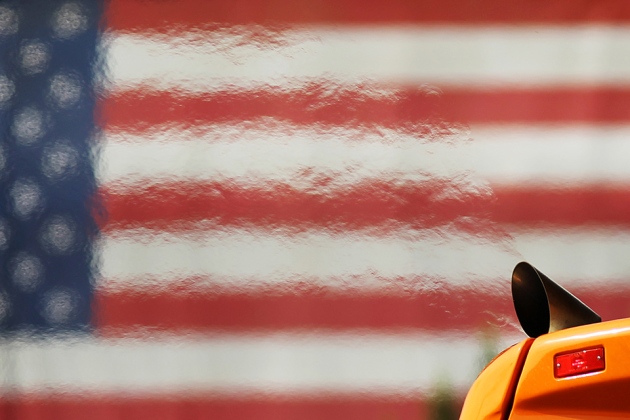 The United States has committed to reduce greenhouse-gas emissions from cars and trucks.

As Barack Obama prepares to leave office, Nature examines the scientific highs and lows of his presidency. Read the other stories in this series about his policies on biomedicine, space and research integrity.

Global warming was one of Barack Obama’s top priorities — and one of the most difficult to address, given strong opposition from Republicans in Congress. Yet he managed to help broker a global climate accord and push through regulations to curb greenhouse-gas emissions from cars, trucks and power plants.

“Obama has established a terrific climate legacy,” says David Doniger, who directs the climate and clean-air programme at the Natural Resources Defense Council, an advocacy group in New York.

The president’s earliest actions capitalized on the global financial crisis. In February 2009, Obama signed economic-stimulus legislation that included nearly $37 billion for clean-energy research and development (R&D) at the Department of Energy. Four months later, with failing car companies seeking a federal bailout, the Obama administration proposed higher fuel-efficiency requirements and the first greenhouse-gas standards for passenger vehicles. Theregulations, which took effect in 2012, will nearly double the average fuel efficiency of vehicles by 2025, to around 23 kilometres per litre.

And after his campaign for a comprehensive climate bill failed in 2010, an emboldened Obama used existing laws to issue regulations that curbed greenhouse-gas emissions, bolstered energy-efficiency standards and expanded energy R&D programmes.

But the president’s big push on climate came in advance of the United Nations climate summit in Paris in 2015. He committed the United States to reduce emissions by at least 26% below 2005 levels by 2025, and negotiated directly with countries such as China to build support for a global climate agreement. The final version, adopted on 12 December, aims to hold average global temperatures to 1.5–2 °C above pre-industrial levels.

“Paris is a major achievement for the world,” says Robert Socolow, a climate scientist at Princeton University in New Jersey. “I don’t think it would have happened without Obama.”

Yet Obama’s domestic achievements could be undone by legal challenges. In February, the US Supreme Court temporarily blocked a federal regulation to reduce emissions from existing power plants. The fate of that rule— the cornerstone of Obama’s plan to reduce emissions — could depend on the election in November. The Supreme Court is down one member and the next president will choose a replacement, who could decide whether the climate rule stands.

Some environmental experts say that Obama should have pushed harder for a comprehensive climate bill, rather than settling for piecemeal regulations. “All of these things are actually small bites at the apple that won’t achieve meaningful emissions reductions over time,” says Catrina Rorke, director of energy policy at the R Street Institute, a conservative think tank in Washington DC.

Others criticize Obama for encouraging a vast expansion of domestic oil and gas development, even as he sought to wean the country off coal and curb its greenhouse-gas emissions. “The administration is still trying to have it both ways,” says Stephen Kretzmann, executive director of Oil Change International, an advocacy group in Washington DC.

Obama rejected the Keystone XL pipeline, which would have carried oil from the Canadian tar sands to US refineries, and has said that some fossil fuels should be kept “in the ground”. But his administration continues to push an ‘all-of-the-above’ energy strategy that leads to higher production of domestic fossil fuels, Kretzmann says.

Nonetheless, Obama has helped to change the conversation about global warming at home and abroad, says Doniger. “The next president needs to do more,” he says, “but did the Obama administration move the ball forward? They sure did.”