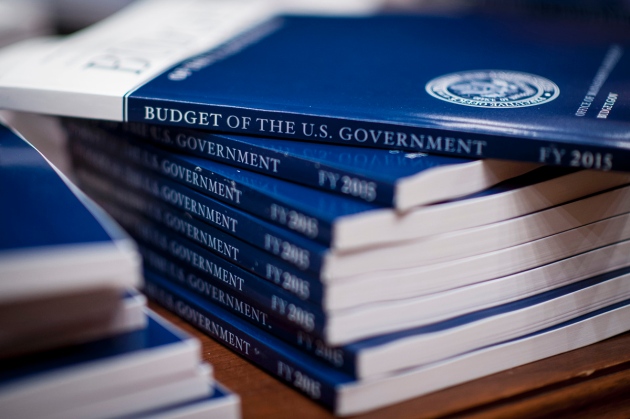 US President Barack Obama's budget proposal for the 2015 fiscal year seems destined to please no one. The US$3.9-trillion plan, released on 4 March, exceeds the spending limit approved for the year by Congress by about $56 billion, drawing quick rebukes from lawmakers. But it also proposes almost flat budgets for key research agencies, including the National Institutes of Health (NIH) and the National Science Foundation (NSF), which has disappointed science advocates.

Under the proposal, spending on research and development at civilian science agencies would increase by 0.7%, to $65.9 billion — although an extra $5.3 billion would be available in the unlikely event that Congress agrees to new taxes on the wealthy and spending cuts to programmes including farm subsidies.

“I think we did pretty well, compared to what most other areas of government are experiencing,” says John Holdren, director of the White House Office of Science and Technology Policy. Still, he adds, “it’s not as much as I would have liked”.

Others, frustrated by years of fiscal austerity, are less sanguine. In the 2015 proposal, “there’s not enough money to do anything interesting,” says Kevin Wilson, director of public policy at the American Society for Cell Biology in Bethesda, Maryland, which tracks spending at the NIH.

Under the White House proposal, the NIH would receive $30.2 billion in 2015 — a slight boost of $200 million over what it received for 2014. Director Francis Collins says he is pleased to see any increase, given that the NIH's parent agency, the Department of Health and Human Services, has received a proposed $1.3-billion cut. Like other agency heads, Collins is still reeling from across-the-board spending cuts that took effect in 2013.

“We have not yet recovered from the awful blow of the sequester, but we’re climbing back up,” he says.

The NIH’s proposed budget includes $100 million for the multi-agency Brain Research through Advancing Innovative Neurotechnologies (BRAIN) Initiative, which would also receive $20 million from the NSF and $80 million from the Defense Advanced Research Projects Agency.

Collins says that the agency could double its BRAIN spending if Congress approves the $56-billion Opportunity, Growth and Security Initiative (OGSI), a programme included in Obama's proposal that would provide funding separate from the normal budget for many agencies. OGSI includes an extra $970 million for NIH programmes. “In my dreams, it will be a great year and OGSI will catch on,” Collins says.

If that windfall does not come about, the NIH faces a harsh fiscal reality. According to the agency's Biomedical Research and Development Price Index, which calculates its purchasing power, the cost of doing research is expected to rise by 2.9% in fiscal year 2015, far outpacing the NIH's 0.7% budget hike.

Nearly flat funding is also the forecast for the NSF, which would receive a 1% increase, to $7.3 billion. The budgets for the foundation's seven research directorates would remain relatively steady, aside from a 5.8% boost to social-science research. Its share of the OGSI includes an extra $552 million for neuroscience, manufacturing and cybersecurity programmes, which the agency says would pay for 1,000 new research grants.

NASA’s overall budget would decline by about 1% from 2014, but its science funds would drop by nearly 3.5%, to $4.97 billion. The biggest surprise is the proposed mothballing of the Stratospheric Observatory for Infrared Astronomy (SOFIA), an aeroplane that flies from California to observe infrared objects in the night sky. SOFIA, which reached full operations only in February, would be stored permanently in its hangar by the end of the year if NASA has its way. The DLR, Germany's aerospace centre, which is a 20% partner in the observatory, is discussing with NASA whether it or other partners might be able to make up some of the funding shortfall.

The proposed NASA budget also includes $15 million towards a possible mission to Jupiter's moon Europa — which Congress has specifically funded in the past few years, after the White House declined to do so. The agency would also receive early funds to develop the Wide-Field Infrared Survey Telescope, the large mission given highest priority in the most recent decadal survey of the space-research community.

The president's proposal includes a call to expand the Department of Energy’s budget by 2.6%, to $27.9 billion, which would provide for sizable growth in research on clean-energy technologies. Spending on energy efficiency and renewable-energy programmes would increase by 22% to $2.3 billion, of which $305 million would go to advanced manufacturing technologies. The budget for fossil-fuel research and development would drop by 15% to $476 million, and nuclear energy would drop 2.8% to $863 million.

Within the Office of Science, which would see its budget inch up by 0.9% to $5.1 billion, funding for basic energy sciences would increase by 5% to $1.8 billion. Funding for the fusion-energy programme would drop by nearly 18%, eliminating much of the increase that the programme received in 2014. And the High Energy Physics programme would take a hit of nearly 7%.

The White House budget plan would halt building work at a facility intended to convert 34 tonnes of weapons-grade plutonium into a mixed-oxide fuel for nuclear reactors. The $30-billion project — currently under construction, and over budget, at the Savannah River Site in South Carolina — would be put on ‘cold standby’ to give the energy department time to evaluate alternative ways to dispose of the plutonium.

With the release of the White House budget request, the focus of the US funding debate now shifts to Congress.

Bitter, partisan divisions between the Republican-controlled House of Representatives and the Democratic-controlled Senate led to a 16-day government shutdown last October, but lawmakers have since found some common ground on government spending: in December, the House and Senate agreed on an overall budget cap for 2015. Now they must determine how to divvy up the funds.

Matt Hourihan, director of the research and development budget and policy programme at the American Association for the Advancement of Science in Washington DC, says it is too early to tell whether the tenuous cooperation will hold. “Who knows what is going to happen?” he says.