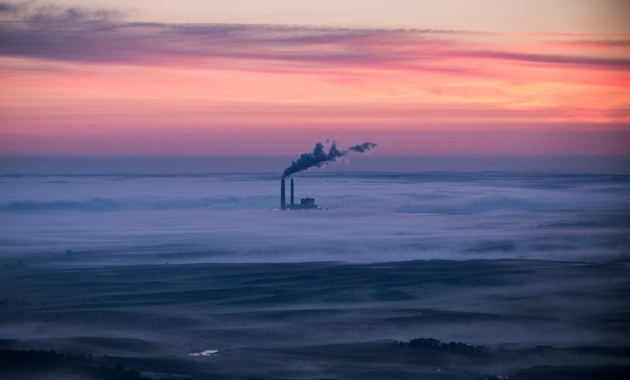 The collapse of legislation to reduce US greenhouse-gas emissions was one of the most significant failures of President Barack Obama’s first term in office. Halfway through his second, in the face of an entrenched Republican majority on Capitol Hill, Obama is now trying to build an environ­mental legacy through actions that he can take without congressional approval.

“Over the past six years, we’ve done more than ever to combat climate change, from the way we produce energy to the way we use it,” the president said in his annual State of the Union address to Congress on 20 January. “I will not let this Congress endanger the health of our children by turning back the clock on our efforts.”

Although environmentalists had hoped for more progress when Obama came into office, most give him credit for having done what he has in the face of Republican opposition. “Obama has done an amazing amount on climate in his six years, and it certainly looks like he is trying to make this a legacy issue,” says Kevin Kennedy, director of the US Climate Initiative at the World Resources Institute, a non-govern­mental environmental-research organization in Washington DC.

The administration is currently pushing regulations to reduce carbon dioxide emissions from existing US power plants, and methane from oil and gas production. On the international front, Obama secured a deal in November with Chinese President Xi Jinping that commits both countries to reducing greenhouse-gas emissions over the next 10–15 years (see Nature 515, 473–474; 2014). The United States is also pushing domestic and inter­national measures that would reduce emissions of hydrofluorocarbons, powerful greenhouse gases that are often used as refrigerants. The president has the authority to make international agreements and issue regulations independent of Congress, both houses of which came under Republican control with November’s elections.

The long-term success of these efforts will depend on court rulings and the actions of future administrations. The power-plant regulations in particular will be essential if the United States is to meet its commitment under the US–China agreement to reduce emissions by at least 26% below 2005 levels in the next decade. Due to be finalized in mid-2015, the standards as proposed would reduce emissions from the electricity sector by 30% and build on emissions reductions that have been achieved over several years through a shift away from using coal. That shift was spurred by falling natural-gas prices, tightening of air-pollution regulations and the growth of renewable energy sources, especially wind power.

But first, the regulations must withstand inevitable industry lawsuits intended to weaken or overturn them. “The power-plant rule is really pivotal to Obama’s legacy, and it is going to face tough legal scrutiny,” says David Victor, director of the Laboratory on International Law and Regulation at the University of California, San Diego. If it succeeds, he adds, “it could reverse the position of the United States internationally”.

Although Obama was unable to secure climate legislation during his first term, his administration did achieve gains in the wake of the recession. It secured billions of dollars in stimulus funding for clean energy, efficiency measures and green infrastructure, as well as establishing significant new standards for vehicle emissions and fuel economy. That, combined with the economic slowdown and the shift away from coal in the electricity sector, means that US greenhouse-gas emissions have already decreased by around 10% since 2005.

In theory, the administration still has both the time and the means to reduce emissions enough for the United States to meet its international commitments, says Kennedy. “They will have to take very serious action, but the tools that they have available to them should allow them to do it.”

“The power-plant rule is really pivotal to Obama’s legacy, and it is going to face tough legal scrutiny.”

Republicans have vowed to challenge Obama at every turn. They started the current session with a debate on legislation to approve the controversial Keystone XL pipeline, which would carry crude oil from the tar sands of Alberta, Canada, to refineries on the US Gulf Coast. The House of Representatives quickly passed a bill to approve the pipeline, but partisan dis­agreements have delayed a Senate vote. Obama has promised to veto the legislation.

Although the pipeline would have a small effect on global greenhouse-gas emissions, it has become a symbolic issue for both sides of the climate debate. On 21 January, Senate Democrats used the Keystone fight to confront Republicans on their views about climate by putting to a vote declarations about human involvement in global warming (see Nature http://doi.org/zpx; 2015). Fifteen Republicans supported an amendment to the Keystone bill stating that climate change is affected by human activity, and five voted for an amendment stating that climate change is “significantly” affected by humans.

Although neither amendment passed, those votes are a sign that Republicans are feeling pressure and may warm to certain climate solutions in future, says Bob Inglis, a Republican former member of the House who heads the Energy and Enterprise Initiative, a think tank that advocates for conservative environmental solutions at George Mason University in Fairfax, Virginia. Although Inglis understands why Obama has chosen to sidestep Congress and address climate change with regulations, he says that the president still has a potential opportunity to secure his environmental legacy by striking a grand legislative bargain with his Republican opposition.

“Obama is in a box,” says Inglis, “but he could get out of that box if he were a little bit bolder.”