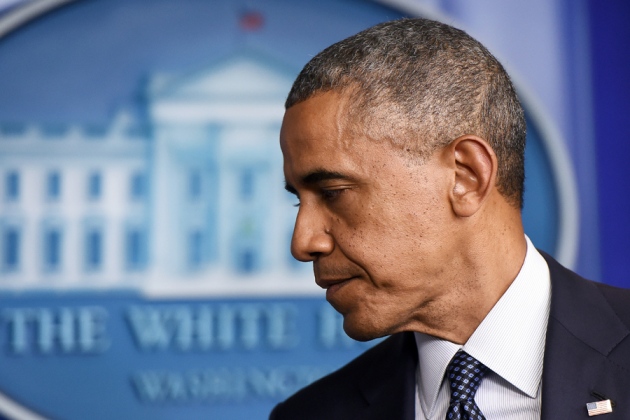 US President Barack Obama has downsized his country’s nuclear arsenal, helped to negotiate a deal to halt Iran’s nuclear-weapons programme and led a global initiative to secure radioactive materials. But Obama’s legacy on nuclear issues remains uncertain as he prepares for a major global summit this week on nuclear terrorism.

The meeting, which begins in Washington DC on 31 March, has taken on new significance in light of revelations that operatives of the Islamist extremist group ISIS may have been targeting nuclear facilities in Belgium. Obama began a series of biennial summits on nuclear security in 2010, after calling on the world to secure all nuclear materials within four years. But progress has been slow, and it is already clear that this week’s summit — probably the last in the series — will come up short.

“It’s great that Obama has made this an issue,” says Miles Pomper, who tracks nuclear issues at the James Martin Center for Nonproliferation Studies in Washington DC. “But he didn’t quite drive it home.”

Obama has encountered significant headwinds on nuclear policy. Russia, whose relationship with the West  has soured, declined an invitation to this week’s summit. And Republicans in the US Congress have attacked the July 2015 deal with Iran as too lenient; even supporters acknowledge that it will take time to verify the impact of the accord. North Korea’s nuclear programme remains in place, and the spectre of nuclear warfare hovers over India and Pakistan.

Although Obama struck a deal in 2010 with Russian President Vladimir Putin to curb each country's trove of nuclear warheads from 2,200 to 1,550, Putin has declined to discuss further reductions. Meanwhile, the US Department of Energy is advancing expensive plans to refurbish and upgrade the country’s existing arsenal.

“The administration has largely failed on the promise it came to office with — of trying to end cold-war thinking,” says Stephen Young, who follows nuclear-weapons issues for the Union of Concerned Scientists, an advocacy group in Cambridge, Massachusetts.

The news that ISIS, which carried out the recent terrorist attacks in Paris and Brussels, may have been targeting nuclear facilities has renewed many experts’ anxiety about the nature and urgency of the terrorism threat. “It’s dispiriting,” says David Albright, a physicist and founder of the Institute for Science and International Security, an arms-control group in Washington DC. “The threat of annihilation has gone way down, but the fear of being killed by something nuclear through terrorism is just becoming more prevalent.”

Obama-administration officials say that the summit process has facilitated discussion on the full range of nuclear threats, and this year’s summit will touch on everything from ISIS to Iran and North Korea. But the summits are mainly designed to encourage countries to bolster security at both civilian and military nuclear facilities.

“We want to be essentially raising the global norm related to nuclear security,” says Laura Holgate, senior director for weapons of mass destruction terrorism and threat reduction on the US National Security Council.

Since 2010, 12 countries — including Ukraine, Turkey and Libya — have eliminated their stockpiles of highly enriched uranium, which can be used in weapons. Countries have converted research reactors to use low-enriched uranium, upgraded security at nuclear facilities and installed radiation detectors at border crossings.

Much of the world’s focus has been on preventing the smuggling of nuclear materials from former Soviet-bloc countries and other developing nations. But the ongoing investigation into terrorist activities in Belgium suggests that nuclear facilities in developed countries are not just at risk of theft, but also sabotage and outright attack.

The United States has fallen short on its own nuclear commitments. In particular, an agreement between the United States and Russia to dispose of 34 tonnes of plutonium each, signed in 2000, is on hold owing to ongoing questions about disposal methods. Citing budget problems, the Department of Energy is trying to halt construction of a facility in South Carolina that would convert the plutonium into mixed-oxide fuel (a mixture of a plutonium and uranium oxides) for nuclear reactors. Instead, the department wants to dilute and dispose of the material in a permanent geological repository.

“It will definitely be cheaper and faster and safer, but Congress has not given any signs that it will support that approach,” Young says.

Delegates from more than 50 countries, including heads of state, are expected to present a new round of pledges this week, and probably a plan for what comes next. Few expect the summits to continue once Obama leaves office in January 2017, which means that it will be up to existing multilateral institutions such as the International Atomic Energy Agency and Interpol to pick up the pieces.

“There’s no question that these summits have made a difference, but momentum has clearly slowed,” says Page Stoutland, vice-president for scientific and technical affairs at the Nuclear Threat Initiative, an advocacy group in Washington DC. “The challenge is to figure out how to carry this forward in some way.”