The nuclear accident at the Fukushima power plant in Japan has prompted the World Association of Nuclear Operators (WANO), the industry's self-regulating body, to broaden its remit from accident prevention to regulating and verifying how well plants are prepared to cope with a serious nuclear accident and mitigate its consequences. But WANO seems likely to stop short of publicly identifying plants that have failed to address safety and other issues — sticking instead with its two-decades-old policy that any information shared by its members should remain confidential. 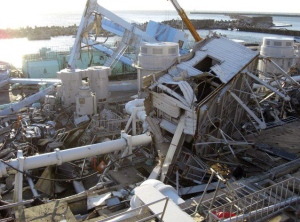 The Fukushima nuclear disaster has prompted the World Association of Nuclear Operators to check on how well-prepared its members are for major accidents.

“Based on the lessons from Fukushima, we need to add how well prepared an organization is to mitigate, or to handle, an emergency in the unlikely event that one does occur,”says George Felgate, managing director of WANO.

WANO has also taken on board another lesson from Fukushima: the need to inspect the design of plants for their ability to withstand earthquakes and other external threats of greater magnitude than the plants were designed to withstand — so-called 'beyond design basis' events. As Fukushima showed, these threats are risk factors for a serious nuclear accident that are as great as or greater than issues of plant operation. To fulfil these new mandates, WANO intends to triple the staff at its London headquarters and its regional centres in Moscow, Tokyo, Paris and Atlanta, Georgia, from around 140 to 415.

The proposals for reform were formulated by WANO's Post-Fukushima Commission, an ad hoc body of 14 senior executives of WANO member companies created at a meeting of the organization's governing board on 30 March. The proposals were endorsed by WANO's general meeting in Shenzhen, China, late last month. “The ink is still wet on all these recommendations,” says Felgate, and they are being fleshed out into a four-year plan.

WANO is an important player in nuclear safety, even if little known to the public, with its voluntary members operating almost all the world's 433 working nuclear power reactors. The association was created by nuclear plant operators in 1989, after the Chernobyl accident, with the aim of monitoring the safety of their nuclear reactors by swapping notes on operational safety experiences, and to peer-review each others' plants and safety practices. It carries out far more peer reviews — for which WANO sends teams of around two dozen engineers drawn from its members to inspect another member's plant — than does the much better known International Atomic Energy Agency (IAEA) based in Geneva, Swizerland. WANO carries out around forty reviews each year, compared with the IAEA's six. Now, WANO intends to increase the frequency of peer review, inspecting each plant once every four years, instead of six, with a follow-up visit every two years. "We will have a much better picture of overall worldwide nuclear stations' performance,” says Felgate.

Nuclear operators have a powerful self-interest in keeping tabs on slack plants. “An accident in one country has consequences for all nuclear operators elsewhere,” noted Laurent Stricker, chairman of WANO, in an interview with Nature just after the Fukushima disaster (see Nuclear safety chief calls for reform). Indeed, since the Fukushima accident, public opinion has hardened against nuclear power in many countries, and several governments have decided to either withdraw from nuclear power entirely or reduce their dependence on it, calling into question the predicted imminent renaissance of nuclear energy.

Most of the reform proposals adopted by WANO at its October meeting are similar to those outlined by Stricker. One, however, is conspicuously absent: that WANO should dispense with its rules of confidentiality when operators fail to adequately address problems that have been flagged by inspections. WANO has agreed to implement a still-to-be-finalized 'escalation policy' to put pressure on operators who fail to comply promptly, “but they probably won't include going public”, says Felgate, adding that “this was a point of a great deal of discussion”.

Asked whether greater transparency might not go some way towards helping to restore public confidence in the industry, Felgate replied: “Our confidentiality policy is very specific; the results of plant-specific peer reviews, technical support missions, and even event data is private between WANO and its members, and we don't see anything that would change that WANO policy.” The planned escalation policy is likely to include the threat of expulsion from WANO of members who don't comply with the organization's safety recommendations. “But it would never come to that, because of peer pressure,” predicts Felgate, “I cannot imagine it ever coming to the point where we would expel a member from WANO. Peer pressure is a very powerful tool in our industry.”