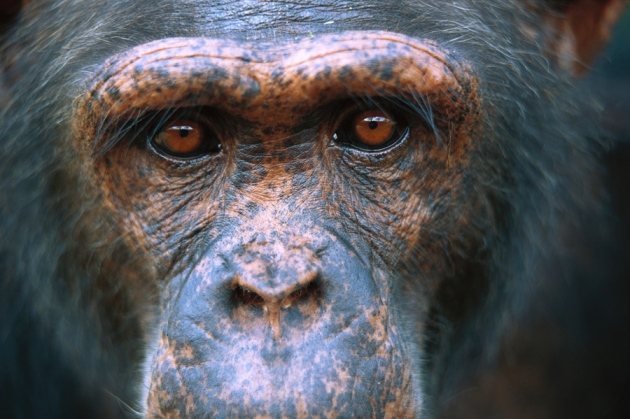 The US National Institutes of Health once maintained a colony of roughly 350 research chimpanzees.

Two years after retiring most of its research chimpanzees, the US National Institutes of Health (NIH) is ceasing its chimp programme altogether, Nature has learned.

In a 16 November e-mail to the agency's administrators, NIH director Francis Collins announced that the 50 NIH-owned animals that remain available for research will be sent to sanctuaries. The agency will also develop a plan for phasing out NIH support for the remaining chimps that are supported by, but not owned by, the NIH.

“I think this is the natural next step of what has been a very thoughtful five-year process of trying to come to terms with the benefits and risks of trying to perform research with these very special animals,” Collins said in an interview with Nature. “We reached a point where in that five years the need for research has essentially shrunk to zero. “

Many advocates of animal research are unhappy with the plan. “Given NIH’s primary mission to protect public health, it seems surprising,” says Frankie Trull, president of the Foundation for Biomedical Research in Washington DC.

The NIH retired about 310 chimpanzees in 2013, in line with recommendations from an internal advisory panel that drew on recommendations from the then-US Institute of Medicine (now the US National Academy of Medicine). The agency maintained a colony of 50 “reserve” animals that could only be used in cases where the research meets a very high bar, such as public-health emergencies.

The US Fish and Wildlife Service (FWS) added a second, separate bar to chimp research in June, when it gave research chimps endangered-species protection. This prevents scientists from stressing chimps unless the FWS determines that the work would benefit wild chimpanzees. Researchers have, however, been able to continue some non-invasive behavioural research with the NIH chimps and others.

Trull sees the NIH’s latest move as inconsistent with the logic that drove it to keep a group of reserve chimps. “I don’t understand the decision of ‘we’re going to take that resource away forever’,” she says.

But Stephen Ross, an animal behaviour specialist who served on the 2013 advisory panel, says that from the beginning, the NIH considered retirement of the reserve animals to be an option if researchers were not using them. “It’s clear that chimpanzees are not a needed resource in the biomedical research world,” says Ross, who works at the Lincoln Park Zoo in Chicago, Illinois.

According to Collins, the NIH has received only one application since 2013 to use chimps in research; that application was later withdrawn. The FWS has not received any requests for research exemptions since the endangered-species protection took effect earlier this year.

The NIH’s first priority, Collins writes, will be to transfer 20 NIH-owned chimps from the Southwest National Primate Research Center in San Antonio, Texas, to Chimp Haven, a government-funded sanctuary in Keithville, Louisiana. Next will be the 139 chimps at a facility in Bastrop, Texas, which is owned by the University of Texas MD Anderson Cancer Center.

He told Nature that the NIH will also address the fate of 82 agency-supported chimps that are housed at the Southwest National Primate Research Center, although it has not made any decisions yet. NIH currently pays for these animals' maintenance, but does not own them.

Collins has asked the NIH’s Division of Program Coordination, Planning and Strategic Initiatives to develop plans for this process. Few sanctuaries can accept research chimps, and many of the ones that can — including Chimp Haven — are nearly full. Collins says that Chimp Haven has, however, immediately opened 25 spots for retired NIH chimps.

The NIH decision essentially ends chimpanzee research at the MD Anderson’s Keeling Center for Comparative Medicine and Research in Bastrop, says the centre's director, Christian Abee, because its chimps are owned by the government. The centre only performs behavioural and observational research.

“If these chimpanzees are moved to Chimp Haven, these facilities will be empty, while Chimp Haven will have to build more facilities,” says Abee, who notes that the NIH helped to pay for the construction of the Bastrop centre — and that MD Anderson has committed to spend US$500,000 on renovations to the centre, in part to accommodate some of the NIH’s 50 reserve chimps.

“This decision demonstrates a fundamental lack of understanding of the quality of care and the quality of life provided chimpanzees at the Keeling Center.”

Collins says that a 2013 law passed by Congress requires NIH to move chimps to federal sanctuaries, of which Chimp Haven is the only accredited facility. “Bastrop does have many positives and I'm sympathetic with their question,” he says. “But right at the moment we’re bound by the law.”

That law presents major problems for NIH, as Chimp Haven is nearly out of space. If the agency decides that more retirement facilities are needed, it will need to find the money to pay for them. Collins says that the NIH is still discussing how to house its retired chimps, especially since the animals' eventual deaths will make sanctuary space unnecessary.

Animal-rights activists are thrilled by Collins’s move to retire the NIH chimp colony. “Experimenting on chimpanzees is ethically, scientifically and legally indefensible and we are relieved and happy that NIH is fulfilling its promise to finally end this dark legacy,” says Justin Goodman, director of laboratory investigations at the US organization People for the Ethical Treatment of Animals (PETA). “ We will continue to encourage the same considerations be made for all primates in laboratories.“

The group has been pushing the NIH to end primate research. On 20 October, it delivered letters to about 100 people in Collins’s home neighbourhood, asking them to approach him to protest a set of experiments at the NIH that involve removing baby monkeys from their mothers to study stress in infants. (See the letter.)

Allyson Bennett, a developmental psychobiologist at the University of Wisconsin–Madison, questions the decision to move them from research facilities to sanctuaries, which are not subject to the same strict oversight and welfare standards that govern NIH-supported centres. She adds that moving the animals to new facilities may create more stress for them.

And researchers who use chimps for conservation work — which may be allowable under the FWS rule — are furious about the NIH decision. Peter Walsh, a disease ecologist at the University of Cambridge, UK, has been leading an effort to develop an Ebola vaccine for wild chimps. He says that the FWS endangered-species protection has jeopardized his work at the University of Louisiana at Lafayette's New Iberia Research Center, which houses chimps that are neither owned nor supported by the NIH.

The NIH decision further narrows the possibilities for conservation research, Walsh adds, in part because Gabon is the only country other than the United States that allows such work.

“There really is no other place to do conservation-related trials but the US biomed facilities,” he says. “A lot of wild chimps died in order to capture infants for originally stocking NIH's own captive populations, and populations they have long supported financially. Now, the first time that NIH has ever been asked to give anything back to wild chimps, they cut and run.”