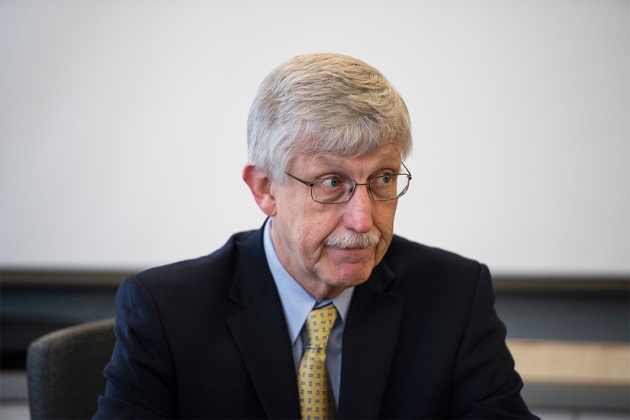 For the first time, the US National Institutes of Health (NIH) will restrict the amount of funding that an individual scientist can hold at any one time, on the basis of a point system. The move, announced on 2 May, is part of an ongoing effort to make obtaining grants easier for early- and mid-career scientists, who face much tougher odds than their more-experienced colleagues.

“Because scientific discovery is inherently unpredictable, there are reasons to believe that supporting more researchers working on a diversity of biomedical problems, rather than concentrating resources in a smaller number of labs, might maximize the number of important discoveries that can emerge from the science we support,” NIH director Francis Collins wrote in a blogpost. In doing so, he added, the policy could improve “returns on taxpayers’ investments”.

According to the agency, just 10% of grant recipients win 40% of the agency’s research money. Advocacy organizations and groups that advise the NIH director have been urging the agency to address this inequality for more than a decade. They are also concerned that increasing competition for grant money drives researchers to spend more time on paperwork and personnel issues associated with grants, and less time in the lab.

The latest NIH policy does not set a hard limit on the number of grants or the dollar amount of funding that an individual researcher can receive — an acknowledgement that some topics are inherently more expensive than others to study. Rather, Collins says, the agency will introduce a metric called the Grant Support Index (GSI), which assigns a point value to each type of grant on the basis of its complexity and size.

Researchers will be limited to 21 points’ worth of funding — the equivalent of three R01 grants, the most common type awarded to individuals — at a time. Researchers with more than 21 points who are seeking an extra grant will need to explain to the NIH how their existing grants can be adjusted to accommodate the new one and so stay under the point limit.

Collins expects the policy to free up 1,600 new awards while affecting only 6% of NIH-funded investigators whose current grants would exceed the new limit. The NIH will determine how to implement the point system “over the next few months”, he says, after consulting its advisory councils and the broader scientific community.

Howard Garrison, deputy executive director for policy at the Federation of American Societies for Experimental Biology in Bethesda, Maryland, welcomes the move. “Looking at ways to fund more investigators is a healthy approach,” he says.

Yet he acknowledges that the policy is likely to be controversial. “I think the people who are successful at writing grant applications are very talented people,” he says. “I don’t think anyone will say they’re not doing good work. But NIH has to look at the system as a whole.”

Sally Rockey, a former director of the NIH Office of Extramural Research, agrees. Often, she says, NIH reviewers give good rankings to grants from labs that have had funding for years to work on a particular subject, which may cause fresh ideas from upstart labs to be overlooked. “If you reach down to those you can take science in a whole new direction,” says Rockey, who now directs the Foundation for Food and Agriculture Research in Washington DC.

But she acknowledges that implementing the point limit is likely to be tricky. Scientists could theoretically game the system by collaborating on grants, rather than applying for them as individuals. And reviewers might balk at passing on a high-quality proposal because an applicant has reached the NIH limit, if the agency's objective is to fund the best science. “Trying to deal with the optics of it all, I think, is really important,” Rockey adds.

Several analyses by NIH officials and outside researchers1, 2 have shown that scientists’ productivity increases with their funding — to a point. Productivity tends to diminish once a researcher receives grants of more than US$700,000 per year, according to an analysis by Jeremy Berg, former director of the NIH’s National Institute of General Medical Sciences.

The NIH has considered ways to address the issue in the past. In 2008, two agency advisory panels recommended that an investigator spend no less than 20% of his or her time on a given grant, which would limit the number of simultaneous grants a person could hold to five. But these recommendations were never implemented. Rockey says that the NIH would not be able to enforce the 20% limit because researchers could have funding from other sources.

Instead, the agency introduced an extra layer of review in 2012 for grant applications from researchers who control more than $1 million in funding at any given time — about 5% of grant recipients when that policy was enacted.