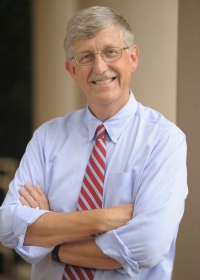 The world’s largest biomedical research funding agency last week announced a programme of nudges, incentives and requirements intended to respond to two thorny workforce-related problems: the oversupply of young scientists who face diminishing prospects of landing academic jobs, and the lack of demographic diversity in the US biomedical workforce.

Two reports issued in June challenged the US National Institutes of Health (NIH) to better prepare young biologists for an evolving and increasingly competitive job market, and to boost diversity (see Nature 486, 304; 2012). In response, the agency, based in Bethesda, Maryland, will spend an average of US$50 million a year for 10 years on a grant programme designed to provide financial support and mentoring to undergraduates at less-research-intensive institutions, which tend to have more diverse student populations. Another set of up to 50 grants, each worth about $250,000, will entice institutions to launch innovative training programmes that prepare students for careers outside academia, in everything from science policy to industry and research administration. The agency will also encourage universities and other institutions to limit NIH-supported doctoral studies to five years.

To measure the success of the new initiatives, the NIH will require universities and academic medical centres to track the careers of all of their NIH-funded graduate students and postdocs for 15 years after they are trained. “The challenges facing the biomedical workforce are complex and these proposed initiatives are designed to effect real change,” says Francis Collins, director of the NIH. “I’m optimistic that the entire scientific-research community will come together to help implement them.”

The National Medical Association (NMA) in Silver Spring, Maryland, the main group representing black medical scientists, praised the agency’s diversity plans, which also include a nationwide mentoring consortium, training on diversity issues for NIH review staff and members of peer-review panels, and a pilot scheme to assess anonymized grant applications. These initiatives were spurred by a study showing that, when other factors such as education are controlled for, black applicants are 10% less likely than whites to win NIH grant funding (D. K. Ginther et al. Science 333, 1015–1019; 2011). Rahn Bailey, president of the NMA, called the plans “a move in the right direction”.

But Shirley Tilghman, who co-chaired the working group that wrote the June workforce report, said that simply encouraging institutions to limit the length of doctoral studies isn’t enough. Tilghman, a molecular biologist and the president of Princeton University in New Jersey, told Collins’s advisory committee on 6 December that “unless you get a stick, this won’t happen”. Her group’s report noted that the number of US PhD biomedical graduates who secure tenure-track or tenured jobs has fallen from 34% in 1993 to 26% today. She said that unless the NIH takes tougher steps, “we will be looking at data that look just like this ten more years from now”.

Neither the June report nor the NIH response answer one key question — how many biomedical PhDs the United States should be training — because the necessary data and workforce-modelling expertise were not available either to the report’s authors or to NIH staff. Indeed, the NIH also plans to hire at least one labour economist, to work as part of a new unit devoted to modelling biomedical-workforce needs.

As part of its workforce initiative, the NIH will increase yearly stipends for the 35,000 postdocs it supports from $39,000 to $42,000, a 7.7% rise, in an effort to reflect postdocs’ extensive training and to discourage lab heads from prolonging the postdoctoral training period. The National Postdoctoral Association in Washington DC applauded the NIH’s plans. “The NIH has really stepped up to the plate in regard to early-career scientists,” says Cathee Johnson Phillips, the group’s executive director. The last time NIH-funded postdocs got a significant pay rise was in 2003.