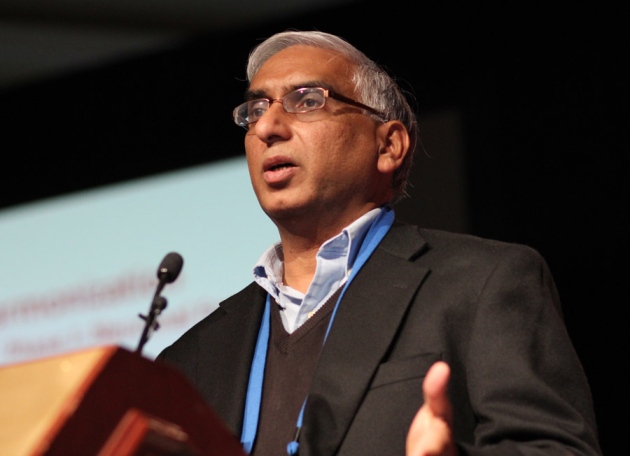 Stem-cell researchers at the US National Institutes of Health (NIH) have been left frustrated and confused following the demise of the agency’s Center for Regenerative Medicine (CRM). The intramural programme’s director, stem-cell biologist Mahendra Rao, left the NIH, in Bethesda, Maryland, on 28 March, and the centre’s website was taken down on 4 April. Although no official announcement had been made at the time Nature went to press, NIH officials say that they are rethinking how they will conduct in-house stem-cell research.

Researchers affiliated with the centre say that they have been left in the dark. When contacted by Nature on 7 April, George Daley, a stem-cell biologist at Harvard Medical School in Boston, Massachusetts, and a member of the centre’s external advisory board, said that he had not yet been told of Rao’s departure or the centre’s closure.

The CRM was established in 2010 to centralize the NIH’s stem-cell programme. Its goal was to develop useful therapies from induced pluripotent stem (iPS) cells — adult cells that have been converted into embryonic-like stem cells — and shepherd them towards clinical trials and regulatory approval. Its budget was intended to be $52 million over seven years.

Rao took the helm in 2011. Relations seem to have soured last month owing to an NIH decision to award funding to only one project aiming to move iPS cells into a clinical trial. Rao says he resigned after this became clear. He says that he had hoped that five trials would be funded, especially because the centre had already sorted out complex issues relating to tissue sources, patents and informed consent.

James Anderson, director of the NIH’s Division of Program Coordination, Planning, and Strategic Initiatives, which administered the CRM, counters that only one application — that made by Kapil Bharti of the National Eye Institute in Bethesda and his colleagues — received a high enough score from an external review board to justify continued funding. The team aims to use iPS cells to treat age-related macular degeneration of the retina, and hopes to commence human trials within a few years. Several other proposals, which involved the treatment of cardiac disease, cancer and Parkinson’s disease, will not receive funding to ready them for clinical trials. Anderson stresses that Bharti’s trial will not be affected by the CRM’s closure. 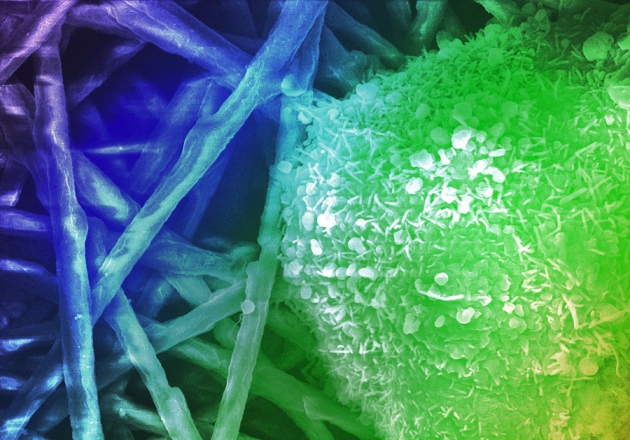 Therapies based on induced pluripotent stem cells, here differentiating into retinal cells on a scaffold, were the focus of the Center for Regenerative Medicine.

Other human iPS-cell trials are further along. For example, one on macular degeneration designed by Masayo Takahashi at the RIKEN Center for Developmental Biology in Kobe, Japan, began recruiting patients last August.

Anderson says that the CRM will not continue in its current form. “The field is moving so fast that we need to rethink.” To that end, the NIH plans to hold a workshop in May to gather stem-cell researchers together and decide what to do with the programme and its remaining budget. “To me that’s just smart science,” he says. “If something’s not on track you don’t keep spending money on it.”

One option could be to allow CRM projects to be absorbed by the National Center for Advancing Translational Sciences, an NIH institute established in 2011 to translate basic research into therapies. But Anderson says that participants at the workshop will also discuss whether the NIH needs to replace the CRM with another dedicated stem-cell programme.

Rao says he is not yet sure what his plans are. He has already joined the boards of two stem-cell-therapy companies, and eventually hopes to find a company that will allow him to proceed with clinical trials of iPS-cell treatments for Parkinson’s disease.

He says that despite what has happened, he is proud of the CRM’s accomplishments: its researchers have generated more than 400 lines of iPS cells, and the centre has funded two contractors to create 12 lines of clinical-grade iPS cells that will be available later this year. But, he adds, “It’s a little disappointing. The NIH is at a stage where it can be a world leader.”