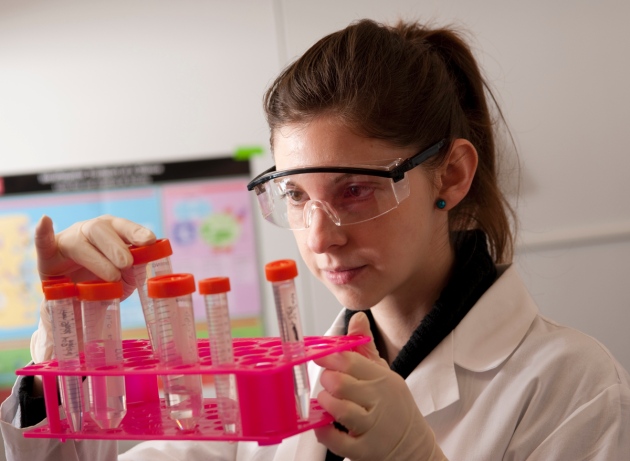 Most NIH scientists have been ordered to stay home until the US government reopens.

Tuesday 1 October should have been an exciting day for David Johnson. The biotech chief executive planned to withdraw some of the cash from a US$1.2-million small business grant that his firm, GigaGen in San Francisco, California, had been awarded just days before by the US National Institutes of Health (NIH).

But Johnson was not able to access the money, nor may he be able to until the deeply divided US Congress agrees on a plan to fund government operations for the fiscal year that began on 1 October. In the meantime, the US government has shut down — a dramatic development that is beginning to hamper and halt the work of academic and private-sector researchers, as well as scientists employed by federal agencies.

"The knock-on effects — undermining confidence in public funding of research and ceding scientific priority to other nations — are hugely deleterious,” says Ian Holmes, a computational biologist at the University of California, Berkeley.

The NIH, based in Bethesda, Maryland, has put 73% of its 18,646 employees on enforced leave, That includes many researchers on its campus, who scrambled on the eve of the shutdown to freeze cells to preserve experiments in progress, and most of those who administer the grant programmes that send billions of dollars out to researchers across the country.

That has left Johnson considering whether to use personal funds to start the project for which GigaGen planned to use its NIH grant — putting some of the company’s proprietary bioinformatics tools online. “That grant is a major part of my cash flow right now, and I can’t access the funds,” says Johnson, who has already hired staff for the project. “In a small business, we depend on the government to make things happen, especially in challenging fields like biotechnology.”

Others are frustrated because the NIH has warned that it will not be able to sustain online resources that are used routinely by scientists around the world. Those tools include the database PubMed, which indexes 22 million journal articles; PubMed Central, a repository for more than 2.8 million free articles; software tools such as BLAST, the Basic Local Alignment Search Tool, which is used widely in genetic research; and databases such as the genetic-sequence repository GenBank. 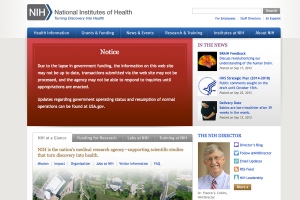 NIH cannot guarantee access to key databases and websites during the US government shutdown.

The shutdown means that researchers may attempt to deposit articles to PubMed Central or data to GenBank — steps that are often required as a condition of grants or publications — but these submissions will not be formally accepted. “Those of us doing molecular work are at a standstill,” says Robinson Fulweiler, an ecologist and biogeochemist at Boston University in Massachusetts, who does not receive NIH funding but relies on NIH-funded databases for her work.

Some scientific meetings are being rescheduled or cancelled in reaction to the news that government scientists will not be able to attend. The American Association for the Advancement of Science, for instance, postponed a meeting that it had planned for 7 October on how microbiome research should inform federal planning of major infrastructure projects such as hospitals, after many federal speakers and participants were barred from attending.

Microbial-genomics researcher Jonathan Eisen at the University of California, Davis, had to cancel his plans to travel and speak at the meeting, which was to be held in Washington DC. But while the shutdown is affecting science, he says, “I don’t think science is unique; the shutdown is bad for everyone.”

Fulweiler is angry. She says that some of her research will be irretrievably hampered. That includes a study of oyster aquaculture in Rhode Island that she is working on with researchers from the US Environmental Protection Agency (EPA). Fulweiler was scheduled to take the first measurements of the season at the site this week, but these plans are now delayed indefinitely because her EPA colleagues are not allowed to come to work.

“We want to do our job and we can’t, because the government isn’t doing its job,” says Fulweiler.