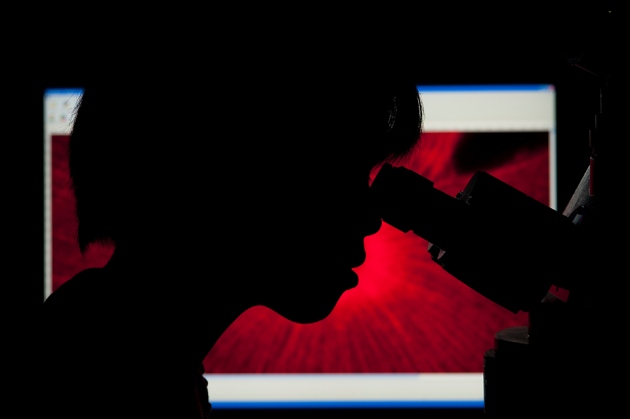 Revamped plans from the US National Institutes of Health could boost the number of grants awarded to young scientsts.

Following backlash from the scientific community, the US National Institutes of Health (NIH) has decided to drop a controversial proposal to cap the number of grants from the agency that an investigator can hold at any one time. The NIH announced on 8 June that it will instead create a special fund — drawn from its existing budget — for early- and mid-career scientists in an attempt to lower the average age of the researchers it supports.

The Next Generation Researchers Initiative will initially set aside US$210 million for this fund, but the amount would grow to $1.1 billion per year in five years. It will be for researchers with less than 10 years’ experience as an NIH-funded principal investigator whose grant proposals would have been rejected — despite having received high scores from peer-review committees — owing to a lack of money.

The agency’s previous attempt to free up funds for younger researchers, announced in May, would have limited investigators to the equivalent of three R01 grants – the most common type awarded to individuals. The agency justified the decision by pointing to studies suggesting that a lab’s productivity decreases once it holds a certain amount of grants, probably because the lead investigator’s time is spread too thinly.

Many praised the NIH’s effort to increase funding for younger scientists, who often have more difficulty receiving grants than do their older colleagues. But others complained that the agency’s proposed point-based scoring system would make collaborations difficult and penalize labs that were productive. Some challenged NIH’s interpretation of its productivity data, saying that the trend didn’t apply to all labs, and that groups with three or four R01s were more productive than labs with only one.

“The original plan was still a work in progress when we decided we didn’t have sufficient confidence in it,” said NIH director Francis Collins in a press call after the presentation. He added that the agency is “pushing pause” on the points-based system. “We realised it needs a lot more study.”

Larry Tabak, the agency's principal deputy director, presented its new plan at the NIH director’s advisory council meeting in Bethesda, Maryland. The agency will award funding to early-career researchers whose grant proposals received scores in the top 25th percentile and to mid-career researchers who would lose all funding if their high-scoring grants were not renewed.

Collins expects that $210 million will be sufficient to cover all the researchers who fall into these categories. The NIH will immediately begin creating an inventory of investigators who meet these criteria, he says, meaning that researchers who have already been denied a grant in 2017 might now be funded.

Tabak thinks that this approach will ultimately allow more than 2,000 additional R01 grants to be funded. The previous, cap-based plan would have freed up 1,600 new awards, and would have affected 6% of NIH-funded investigators.

The plan is still likely to generate controversy, however. Although it no longer directly pulls funding from 'mega-labs', researchers in later stages of their careers will probably be affected as the NIH diverts funding. “We don’t have a printing press for money here,” Collins says. He says that the initiative to fund younger researchers will remain a priority for the agency, but proposed budget cuts could affect everything at the NIH in the coming years.