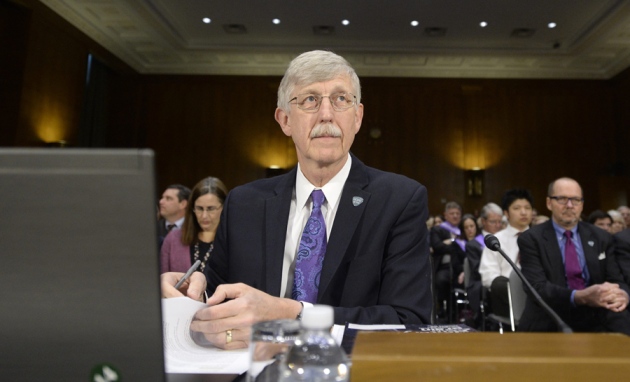 US National Institutes of Health director Francis Collins has clarified the agency's position on gene editing of embryos.

The US National Institutes of Health (NIH) has reaffirmed its ban on research that involves gene editing of human embryos. In a statement released on 29 April, NIH director Francis Collins spelled out the agency’s long-standing policy against funding such research and the ethical and legal reasons for it.

The statement comes after Nature’s news team reported last week that researchers in China had used a gene-editing technology called CRISPR/Cas9 in human embryos to alter a gene that can cause a blood disorder when mutated. The research was published1 in Protein & Cell on 18 April.

The NIH is concerned about the safety of the technique and the ethical implications of altering genes that will be passed to future generations of humans. Collins also pointed out that there are few clinical situations in which editing would be the only way to prevent the passage of a genetic disease from parent to child. In all but very rare cases, parents with a genetic disease could create embryos in vitro and screen them for the presence of the faulty gene.

Collins also wrote that a 1996 US law known as the Dickey-Wicker amendment specifically bans the government from funding work that destroys human embryos or creates them for the purposes of research. Later rules allowed research in human embryonic stem-cell lines.

The NIH says that the law’s wording would probably prohibit funding for work in a non-viable human embryo, because it defines “embryo” as anything derived from “fertilization, parthenogenesis, cloning, or any other means”. The research published in Protein & Cell used embryos that had been fertilized by two sperm, rendering them non-viable.

Unlike many other countries, the United States does not ban work in human embryos outright. Some US states do have such restrictions, but rules in other states are less clear and some do not ban it at all, says bioethicist Hank Greely of Stanford University in California. In these states, researchers could do research in embryos with private funding.

In his statement, Collins says that the question of editing embryos is not a new one, and is “viewed almost universally as a line that should not be crossed”. But not everyone agrees, especially when the work involves embryos that cannot develop into humans.

“I am not in favour of the NIH policy and I believe that the Chinese paper shows a responsible way to move forward,” says David Baltimore, a biologist at the California Institute of Technology in Pasadena. “But it is the will of Congress that there be no work with human embryos and I assume that means even ones that are structurally defective.”

This story originally stated that the Dickey-Wicker amendment was changed to allow federal funding of embryonic stem-cell research. The law was not changed; funding was allowed by executive action and subsequent court decisions.