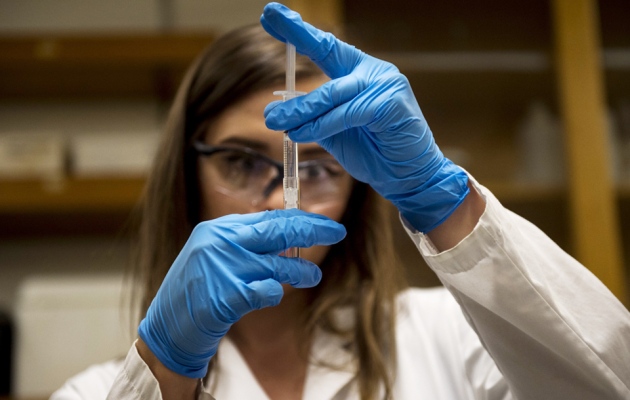 The average age at which a researcher wins her first major NIH grant has risen over the past few decades.

A decision by the US National Institutes of Health (NIH) to limit its grant support for individual researchers has sparked concerns that the policy could discourage collaboration or divert funding from the best science. The move has alarmed some researchers who agree with the NIH’s stated aim of freeing up money for young scientists, who often struggle to obtain research grants.

“This seems like tax reform to me: everybody agrees something needs to be done, but with any given scheme there's going to be winners and losers,” says Jonathan Karn, an HIV researcher at Case Western University in Cleveland, Ohio. “Everyone will feel that a threshold is great — as long as it’s ‘just above where I am’.”

Under the policy, announced on 2 May, the NIH will assign a point value to each grant based on its complexity and size. Researchers will be limited to 21 points of funding at any one time — which NIH director Francis Collins says is the equivalent of three R01 grants, the type commonly given to individual projects. To win an additional grant, researchers with 21 points will need to adjust their existing load to stay under the limit.

The NIH says that the plan will help to ease the increasingly stiff competition for its grants by freeing up about 1,600 additional awards each year. In 2016, the agency received 30,106 applications for R01 grants but handed out only 6,010. And the average age at which scientists win their first major NIH award is now 42, up from 38 in 1980.

Fans of the new grant limit include Jungsu Kim, a neuroscientist at the Mayo Clinic College of Medicine in Jacksonville, Florida. He has applied for NIH grants many times since finishing his PhD ten years ago, but did not win any until late 2016 — when he scooped up four. That's enough to put Kim over the new 21-point threshold.

Despite his good fortune, Kim still favours the cap, citing the numerous studies that demonstrate that beyond a certain point, more funding does not increase a scientist’s productivity — and may even lower it. “We shouldn’t respond [to the NIH plan] out of our personal feeling,” he says. “Based on such data, it is a good idea to limit funding.”

Big questions remain, however, about how the agency will implement the grant limit, which it estimates will affect just 6% of the researchers it funds. Many of those scientists, and others who hope to one day join that elite club, say they want to ensure that the NIH does not create a one-size-fits-all system.

Joanne Flynn, a microbiologist at the University of Pittsburgh, Pennsylvania, is worried that the policy will inadvertently discourage the sorts of collaboration that have aided her research on tuberculosis. When the NIH’s extramural-research chief, Mike Lauer, unveiled an early version of the point system in January, he said that a scientist would receive seven points for each individual grant and six points for each collaborative grant.

Flynn, who has five R01 grants, has developed a monkey model of tuberculosis that is one of only a few in the world. Because other labs lack the resources to manage animals carrying infectious diseases, researchers who want to study tuberculosis in monkeys tend to collaborate with Flynn’s lab. “We work with a lot of people,” she says. “I don’t have a single grant that is just me.”

Edward Fisher, a cardiologist at New York University who has seven R01 grants, shares Flynn’s concern. When Fisher added two collaborators last year to one grant worth about US$372,000, he was left with only $170,000. “If that’s going to count just as much [towards my point total], I might as well ditch my collaborators in the next round and go off on my own,” he says.

Lauer told Nature that the NIH is still deciding how to handle grants shared among multiple investigators, and how researchers with more than 21 points can lower their total. “We want the policy to be informed by discussions with stakeholders,” he says. The NIH may institute the policy later this year, Lauer adds, but will phase it in without cancelling any existing grants.

Jon Lorsch, director of the NIH’s National Institute of General Medical Sciences (NIGMS), says that having clear guidelines for how many grants a researcher can receive will be helpful. Since 1998, the NIGMS has given extra scrutiny to applications from researchers with more than $750,000 total in grants, from the NIH and other sources. But Lorsch says that the institute's peer reviewers approve more of these applications than they deny.

Similarly, in 2012 the NIH began to conduct special reviews of grant applications from labs with more than $1 million in agency support, but officials there have said that the policy has had little impact on what gets funded. “One has to be willing to have very difficult conversations with very famous scientists in order to enforce those kinds of guidelines,” says Lorsch. “Having more concrete rules, as are being rolled out here, will make things much more transparent and enforceable.”