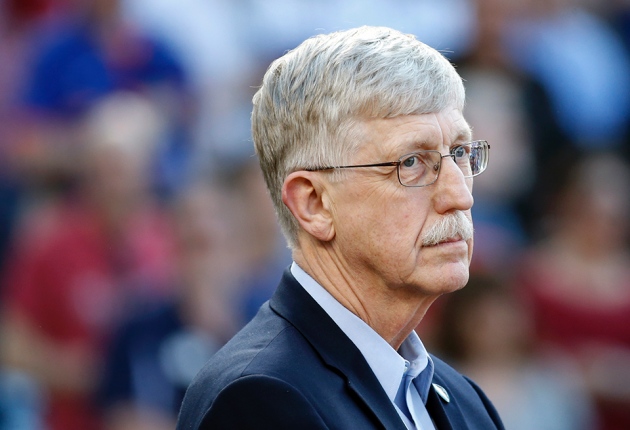 Francis Collins has led the National Institutes of Health since 2009.

On the eve of his inauguration, president-elect Donald Trump has decided to retain Francis Collins as director of the US National Institutes of Health (NIH) — at least temporarily.

Collins has been “held over by the Trump administration”, NIH spokesperson Renate Myles said in a 19 January statement. It is not clear whether Trump will formally reappoint Collins, or whether Collins will stay in his job only until Trump appoints a permanent director. The president-elect is set to take office on 20 January.

Myles directed further questions about Collins’s status to the Trump transition team. “We truly do not have any additional details,” she said. The transition team did not respond to a request for comment.

Collins, a geneticist who took office in August 2009, is the longest-serving member of US President Barack Obama’s science ‘dream team’. Like other Obama appointees, he submitted a pro forma resignation letter to the president, offering to leave his job on 20 January. But in recent weeks, Collins has emerged as a candidate to lead the NIH in Trump’s administration, and he met the president-elect on 11 January.

Others rumoured to be under consideration for the post include Representative Andy Harris (Republican, Maryland), biotech billionaire Patrick Soon-Shiong and Geoffrey Ling, former biotech director of the Defense Advanced Research Projects Agency.

Despite the uncertainty over how long Collins will stay at the NIH, “I think everyone in the research community will be thrilled”, says Tony Mazzaschi, senior director for policy and research at the Association of Schools and Programs of Public Health in Washington DC.

Because Collins was confirmed by the Senate during his first appointment, he would not need to be reconfirmed if Trump decides to retain him long-term. “It brings some stability to NIH during a stressful budget time,” Mazzaschi says, referring to the fact that the government is operating a stopgap spending bill that runs out in April.